A CHALLENGING MORNING ON THE STREET

Snow, lots of it, maybe eight to ten inches, fell during the night.
I had the choice of putting in time on the treadmill in the basement or putting on boots.
I really hate the treadmill.  So I headed toward Main Street
with hopes that the sidewalks had been cleared. 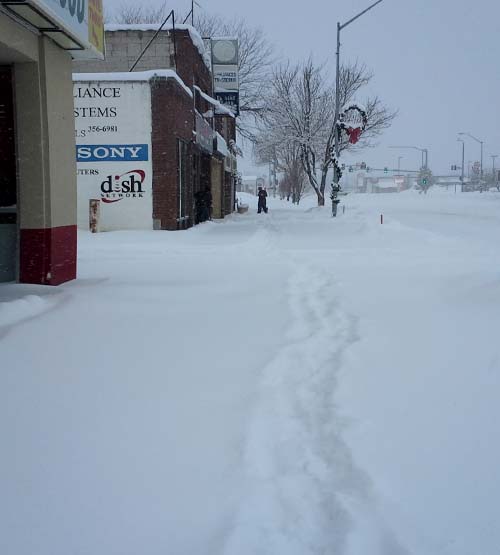 Um---no.
The snow on the sidewalks was almost over the tops of my boots. 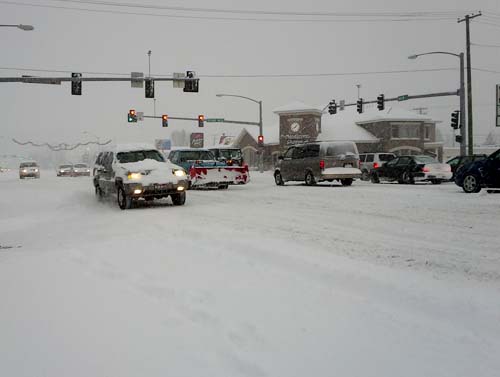 The streets were also deep in snow but that didn't keep people home.
It was business as usual. 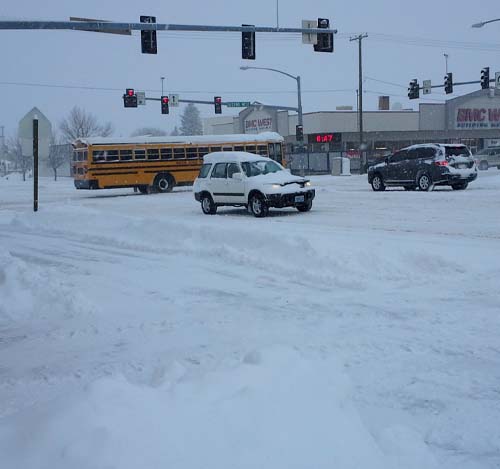 School had been canceled in some districts, but not here. 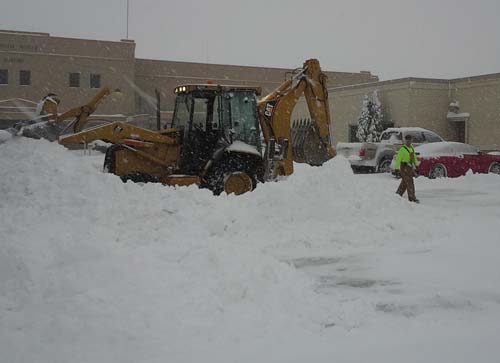 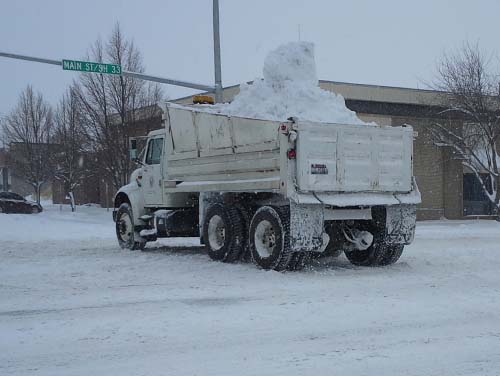 Trucks were hauling it away. 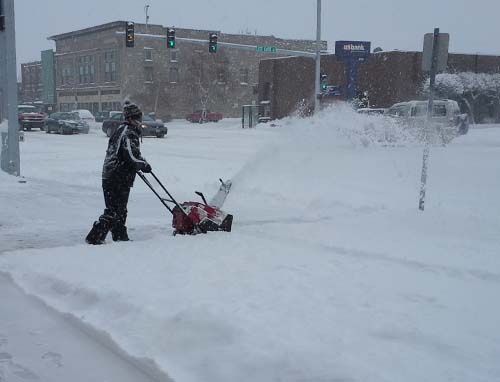 The roar of snow throwers was everywhere. 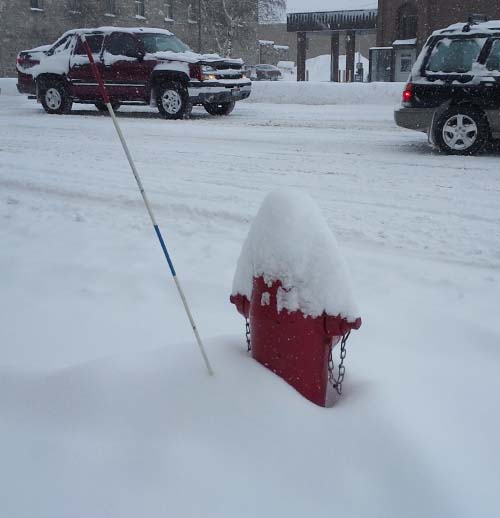 Fire hydrants have marker poles attached so they can be
located even when the town is in deep snow. 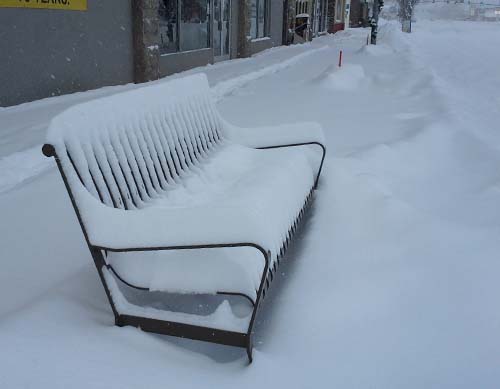 A challenge to walk in, but still more fun than the treadmill in the basement.

The only ones who seemed to have problems were the college students.
My video shows one stuck in a heap of snow in the middle of the street.
Two guys stopped their big pickup trucks and got out to help.
If you listen you can hear the one helper ask the stuckee,
"Ain't you ever drove in the snow?"
Posted by Leenie at 7:37 PM

Oh I kind of wish I was out there enjoying the view with you.:) B

Poor kid. I can remember my first year driving in the snow. You learn fast.

Oh Man, I so do not miss that sort of winter! Stay warm and get some taller boots! I think that I would travel with a hot water bottle in my pants.

SCHOOL WAS IN SESSION! What kind of barbaric outpost is this? We lily-livered Show-Me-ans would be out a week with that spread! Next you'll be telling us that the grocery stores still had milk and bread on the shelves!

Thank you for putting on yr boots to take more SNOWY pictures. Keep them coming! One day I too may be Singing in the Snow. Oh wait, that was rain. And nobody is singing. Hmmm.

WOW! You really got dumped on! Boy, I hope that is happening in the mountains around here!

Wow, you did get a good amount of snow! We haven't had anything even close to that.

I wonder if the poor kid even had snow tires? Glad you had a nice walk. You'll definitely burn more calories and build core muscles while walking in snow. :)

"Ain't you ever drove in the snow?" I had to laugh at that one. I was really hoping he wouldn't back into the vehicles behind him!
Glad you had a nice walk! The snow sure is pretty!

Loved your post! Great that we can help the young ones out - good capture with the dialogue too!
I loved this post because it brought back memories of student teaching in the U.S. with snow such as this - so unusual for a person who lives in the driest state on the driest continent - haven't experienced those conditions before or since.
Thanks Leenie, for rekindling that atmosphere.

Leenie, these photos make me think you were peeking into my neighborhood (only we had white-out conditions off/on all day today).

Happy New Year and it's wonderful to be back reading you! :)