ICE CREAM HAS NO BORDERS

Google Street View captures the moment  in locations throughout the world.  If you search the internet you'll find discovered examples of weird, funny and unusual events caught by their cameras. 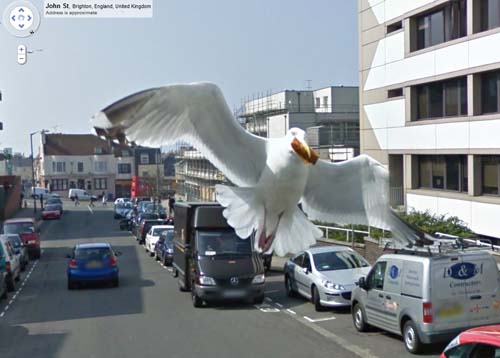 Somewhere in the UK a seagull nearly collides with the Streetview Camera. 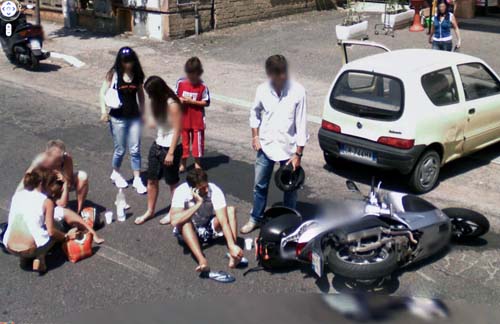 The aftermath of a motorcycle wreck. 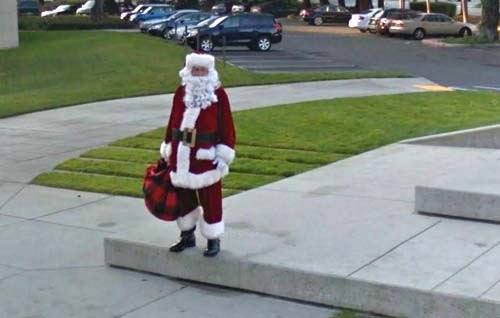 In December I went looking for another image in Slovakia to use for the Virtual Paintout.  I was "traveling" down a street in a village called Oravska Lesna in the Zilina region when I saw two ladies on the sidewalk.  They were carrying handbags and looked like they were on their way to go shopping.
Approaching them from the other direction I saw a boy wearing a baseball cap.

Here's the link to the location.  Check it out.  Be sure to give it time to open. I'll wait here for you.

Then I noticed the boy was enjoying an ice cream cone.  A few feet past the ladies I made a 180 degree turn to look back and saw the boy continued to to savor his ice cream but had respectfully given the right of way to the two ladies and had stepped off the curb to let them pass.  You'll find my entry in the December Virtual Paintout about thirteen pictures down.

January's paintout is the Isle of Man in the Irish Sea just off the coast of Ireland.  I'm looking forward to exploring another new location.

wow these are fantastic. The picture of the seagull is such an amazing shot.

I LOVE your painting--it is ALIVE!!

Oh Leenie first off Happy New Year:)
I love that painting it is so emotion stirring just what I love. I cannot say it enough you are truly a beautiful artist with one strange sense of humour but that part I LOVE too. :) HUGS B

Was that idiot on the motorbike driving in flip flops? Good grief.
Sweet painting.

It's so funny.
If searching on Google, you would find our clothes left on the line.
(/･ω･)/∞ ┣bd━凹━▽┫

I do enjoy your work. And fishducky is right: it's alive. Motion, caught. I love that.

You and I really should collaborate some day...

leenie!! your are amazing!! what a beautiful painting of one of life's captures in the moment!

i LOVE the gull shot!!