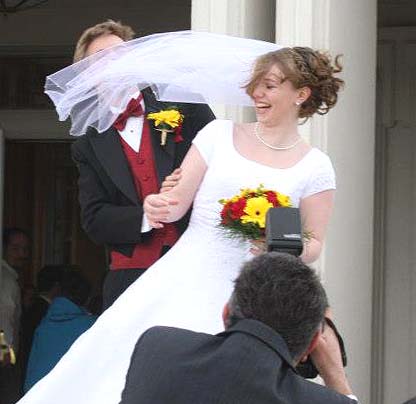 The big wind that did this to a wedding photo shoot --- 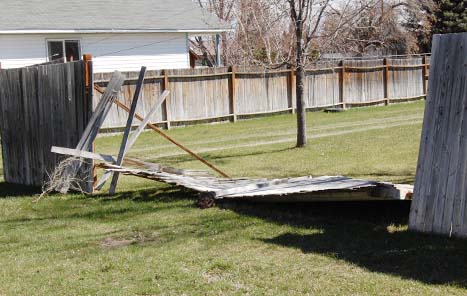 --also snapped several fence posts and took out a section of our fence. 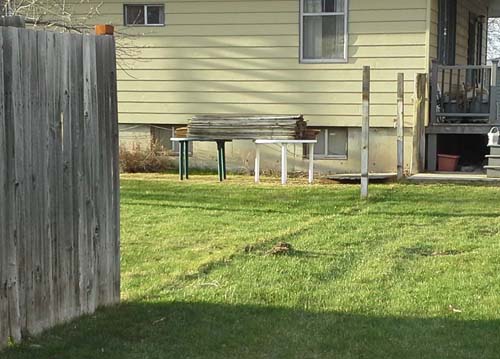 After removing the slats, DH discovered there was damage to most of the posts on that side caused by years of blustery weather. 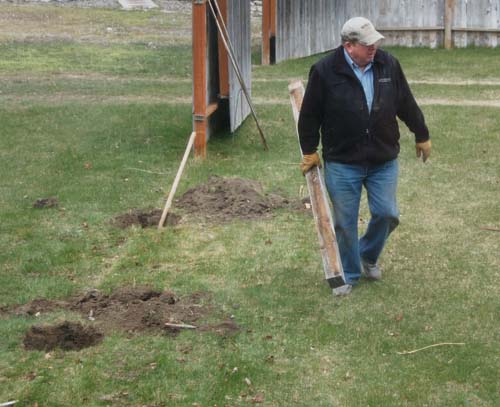 The posts were 4x4 cedar sunk in concrete.
The guys used their mechanical engineering to lever and fulcrum the weights out of the ground-- 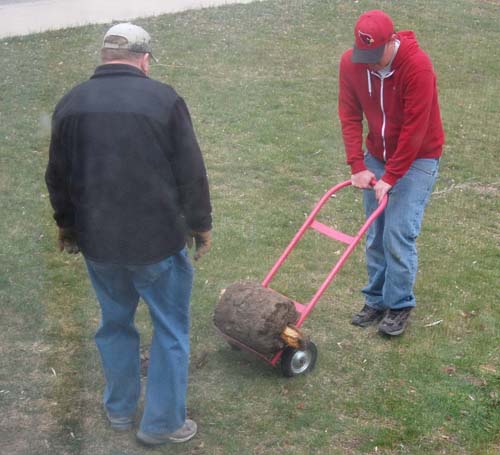 --and the hand cart to haul them off. 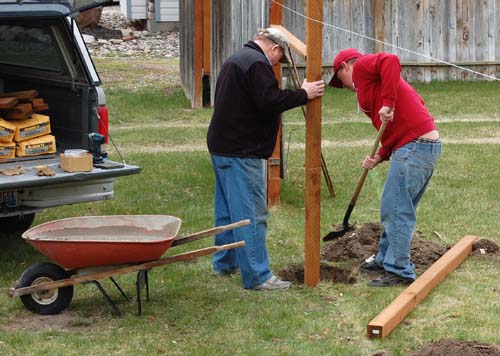 After removing the posts there was a trip to the local building supply store.
New posts were set -- 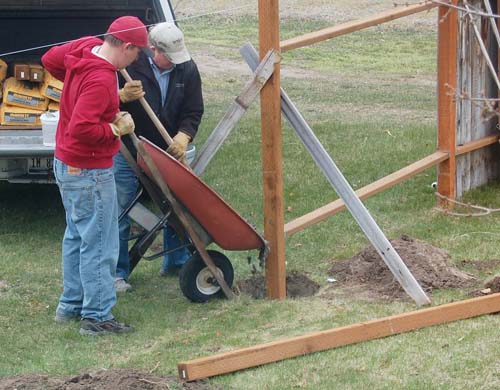 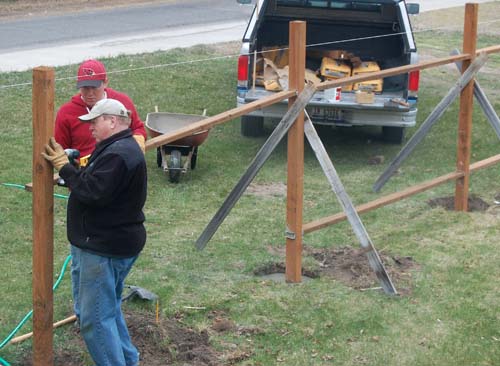 The guys took a break over the weekend to give the cement time to cure. 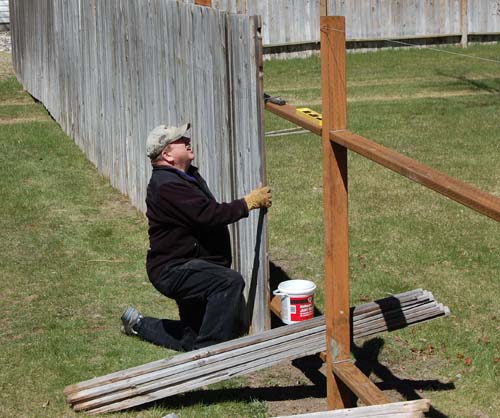 On Monday DH put the slats back up.  Later Beavis came to help with the gate. 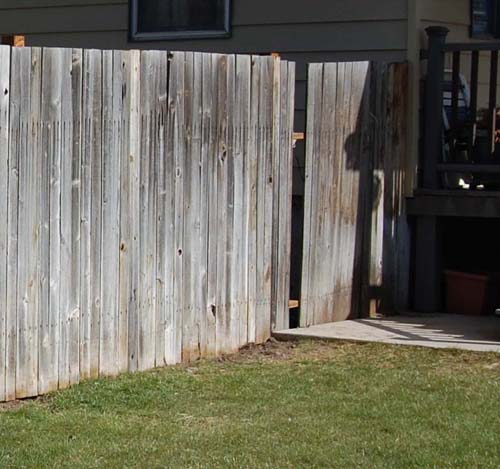 In spite of all that damage, only one slat was broken.


The guys will replace it with a new one after they get back from their fishing trip.

Priorities, you know.
Posted by Leenie at 1:01 PM

There's always something needing to be fixed. It would never do, to be bored, you know! :)

Yup what Alica said:) Love the wedding photo:) B

Guys love to do guy stuff. More power to 'em.

tell them theyre hired...to put up only 3 miles of fence...

The wedding photo is GREAT!!

We've got a few boards off ours as well....anybody want to come over and help fix it?

Glad there wasn't too much damage. Our fence on one side bears the brunt of the wind and two areas went wobbly-leany last year. Was fun watching the guys do their stuff :)

The picture of the bride and groom is fantastic! What a wonderful memory.

They're always happiest when there's a project that needs doin'. Especially one that requires a trip to a building supply store.

you are really lucky, you know. I have been waiting for a fence since Erik was seven years old- he is now 26...You get a fence AND fish !!!

I hope they caught LARGE ones!!! You are lucky only one slat was broken.

Good job on the fence and I love the windblown wedding shot-so happy looking!