After living huddled next to any heat source available while wrapped up in layers of fuzzy clothing since last September, it’s almost a shock to have sunny days and warmish weather.  The blossoming trees and green leaves poking out of the once snow-covered ground are always startling no many how many years I it see it happen.

The longer days and the milder weather kick in some kind of fever in me to grow things.  Yet I’m still under doctor’s restrictions to stay away from heavy lifting and strenuous exercise.  So I found myself ordering an assortment of mosses.  I could at least plant a terrarium. 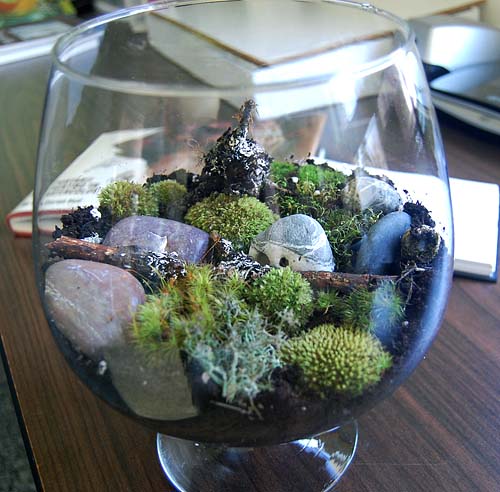 The mosses came from a far-away forest in little zip lock bags. They made a wonderful garden under glass. 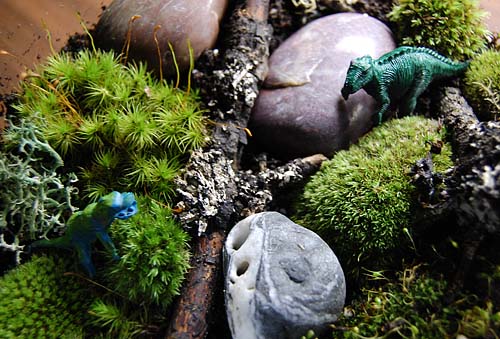 The place was immediately invaded by dinosaurs.
I told them there was no unauthorized breeding in .

If there is one thing the history of evolution has taught us it's that life will not be contained. Life breaks free, it expands to new territories. 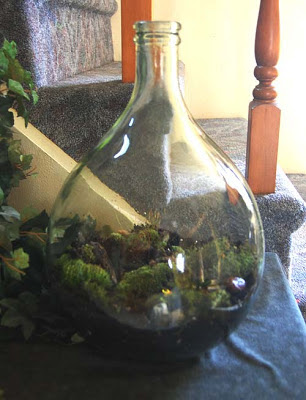 And so it was that the extra mosses took up residence in a big bottle I’ve had for years. I've made a living biological attraction so astounding that it will capture the imagination of the entire planet!  Or not.

Still itching to grow things and inspired by a story on the NPR Radio program, Science Friday: Michael Pollan—You Are What You Cook-- http://www.npr.org/2013/05/03/180824408/michael-pollan-you-are-what-you-cook It was so interesting I ordered his new book: Cooked: A Natural History of Transformantion, and I decided to create my own sour dough bread starter. 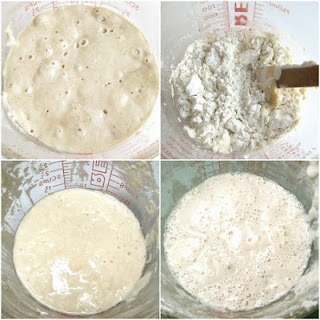 Basically, you make a paste of flour and water, leave it in a warm place and feed it occasionally with more flour and water.  Over a period of a few days it becomes colonized with microbes.
http://www.kingarthurflour.com/blog/2012/04/05/creating-your-own-sourdough-starter-the-path-to-great-bread/

From there I went to making my own sourdough bread using a recipe from allrecipes.com.
http://allrecipes.com/recipe/san-francisco-sourdough-bread/
http://www.preparedpantry.com/howtobakecrustybreads.aspx 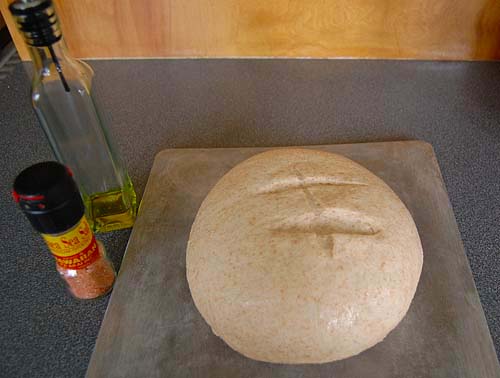 After an hour of raising in a pan and another hour raising on a baking sheet I had dough ready for the oven. 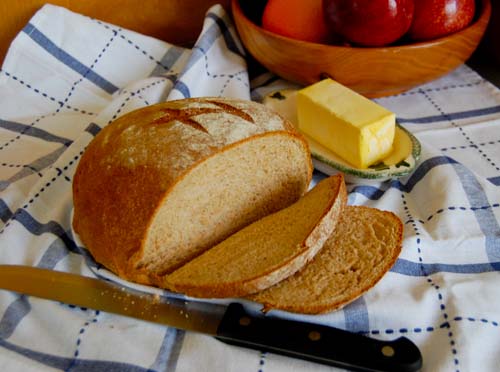 Forty minutes later I had my very own loaf of crusty artisan bread.  Towanda!
Still, I didn’t get the first slice and I had to fight for the second one.

Yes, spring fever is a strong force.  Well, it’s either that or those pills the doctor had me pick up at the pharmacy.

Evelyn Couch:  Towanda, the Avenger!
I'll put tiny bombs in Penthouse and Playboy...so they'll explode when you open 'em.
I'll ban all fashion models who weigh less than 130 pounds.
I'll give half the military budget to people over 65...and declare wrinkles sexually desirable.
Towanda, Righter of Wrongs, Queen Beyond Compare!
Ninny Threadgoode:  How many of them hormones you takin', honey?
Posted by Leenie at 1:40 PM

So it turned out good, the bread that is. I have to try it again.

Bread looks really good...REALLY GOOD....seriously. If I had been there you wouldn't have gotten that second piece.

Oh my goodness, your mosses are adorable! I totally want to make a terrarium now. :)

Leenie! If it's moss you want...our yard is full of it! I wonder if it would continue to grow for you, we should try.
Your bread looks so perfect! I had sour dough started from the late 1800's and kept it for about 35 years until one day I said good bye to it and left it behind- pretty great stuff. Now that we can not eat carbs in this house bread will no longer be made every week.Maybe I could make salmon bread (?)
Be sure you do not get frisky and thwart the dogturds orders! Stay well and fabulous...or, you know, I might just have to come over there...( by the way- I was unsuccessful at my painting goal- the pup was/is just too much)

The bread looks delicious, but the dinosaurs caught my fancy.

Make sure the dinosaurs don't get your bread!!

I find myself craving bread and a pet dinosaur, I know weird eh!
What kind of weird pills are you taking. Hope they work:) Hug B

Love the dinosaurs! The bread looks delicious - I haven't baked any for ages!

Your bread looks really good the crumb is nice and the color perfect. You are a bread artist!

So very true - life can't be contained. And my joy at being back in the garden is boundless. :)

I love your under-glass world, Leenie! It's stunning! And the dinos look so happy there :)