I received a request for a custom painting to be given as a birthday gift.  I usually stay away from custom jobs since they can turn into time-consuming re-dos as the customer asks for changes and adjustments.  As hard as I try I can't read the client's mind and too often they're not certain what they want.

But this was a special client.  Family.  My daughter and son-in-law (who I love as my own son--maybe better since I didn't know him as an adolescent) wanted to give a painting to said SIL's mom of their family vacationing in Southern Utah where she lives. 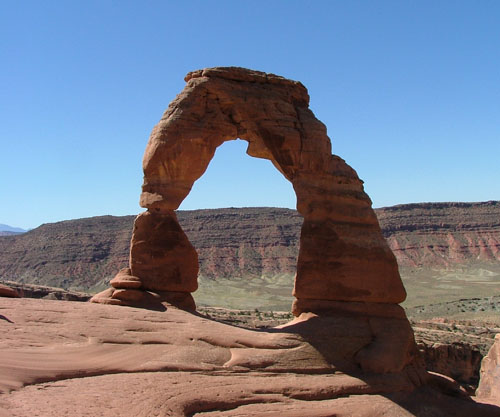 They gave me some photos they took at Arches National Park. 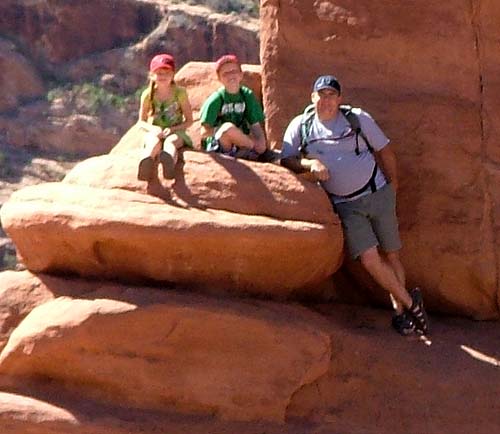 This is a shot of their family at Delicate Arch, except two kids are missing and Mom is taking the photo so she's not in the picture either. 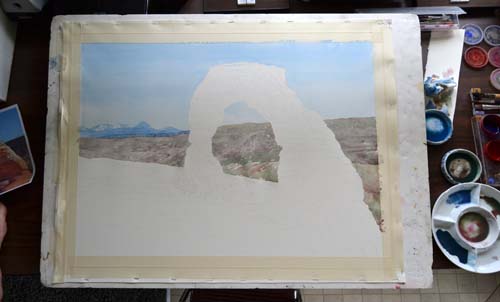 So I put together a sketch of the whole family at the location and emailed it to my daughter for approval.
Then the real work began. 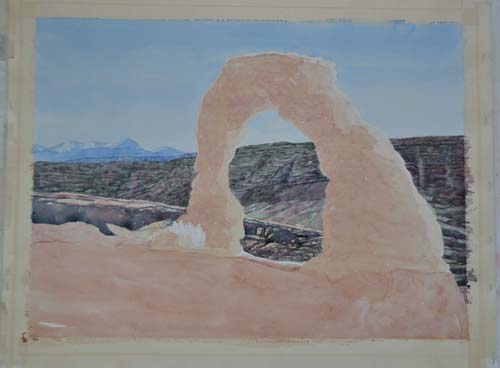 After finishing the background of the hills and mountains behind the arch, I began adding layers of watercolor to bring out the details of the foreground. 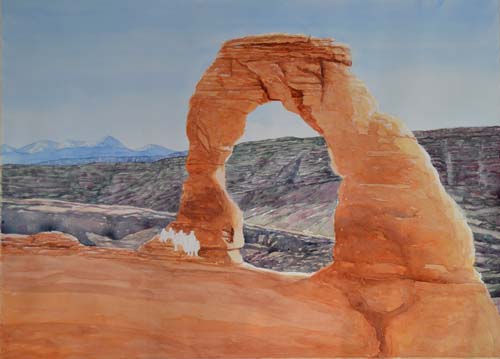 I built up more layers while leaving blank the area where the family would be. 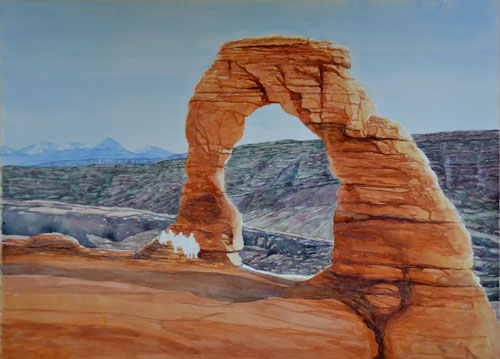 Finally I was ready to paint in the people.  I sent an email to let my daughter know I was still working on the piece since the birthday was getting close and I still needed to send it to them for framing. 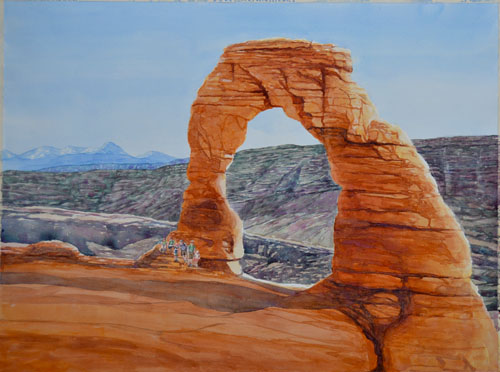 Finally the painting was finished. 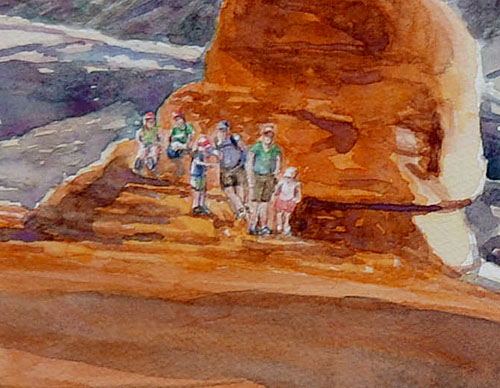 Through the magic of art all six members of the family were posing at the base of Delicate Arch and ready to become a birthday present for Grandma S. 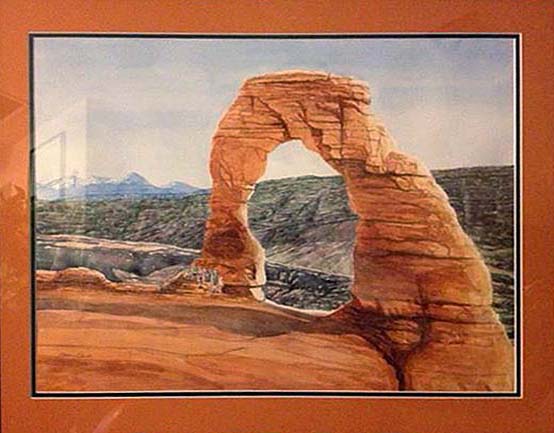 Daughter and Son-In-Law were excited to see the finished product and had it framed.  It took a while to get it shipped to Southern Utah, but I finally saw her post on Facebook of a photo she took of her present.  Mission accomplished.

See paintings I have for sale on my Etsy Site:  Watercolors by Leenie here.
Posted by Leenie at 1:00 PM

HOW??? This just blows my tiny mind! It is like you, your eyes and your hands and whatever else it takes are a HD camera except better! WOW! Leenie, you are amazing!

Wow! Great to see the build-up processes that lead us to the excellent finished painting. Take a bow ma'am or if wearing a tutu please just curtsey.

What a beautiful job you did. That will be a treasured keepsake.

I really enjoyed seeing the process towards a wonderful piece of work Leenie. Congratulations!

You are a talent, and there's no doubt.

Still love the painting of the raven that I got from you via Etsy. :-)

You did a marvelous job!!

That turned out fantastic!

Linda Sue said it perfectly. Incredible Leenie you are the best. Hug B

I would love to have that kind of talent...that or maybe be able to play guitar.

Lovely. And how cleverly everyone is fitted in.

Leenie, this is beautiful, and how very special that the family members are in the painting...this will become a family treasure for sure.

Thank you again, it turned out perfect!

What a wonderful present to receive - very special indeed.

I agree with Linda Sue-amazing! And funny how you made the background and detail sound almost easy-ha ha-not! Well done on getting the whole family in there!

It looks fabulous. I knew someone who did something similar with Photoshop, making it look as if his granddaughter was petting a reindeer.

Gorgeous! Just amazing, Leenie. You're so very very talented. I keep meaning to send you a picture of your artwork on my office wall. I will do that tomorrow. It just makes me smile every time I look at it. :)