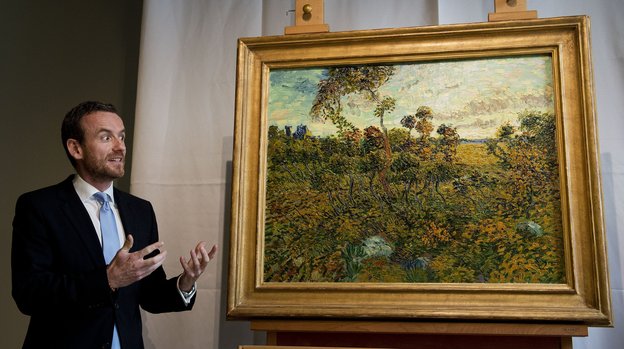 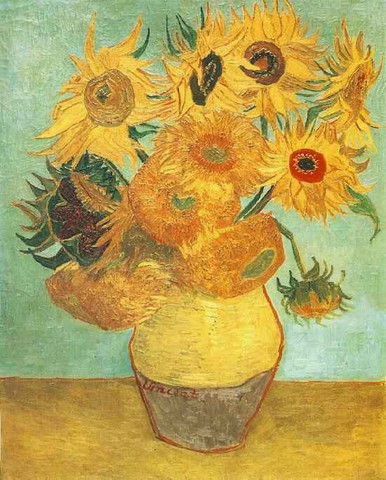 And one of my very favorites, the Langlois Bridge at Arles with Women Washing.
I guess my take-away is to Keep on Trying.  With every effort something is learned.
And for quality control, burn the bad ones.
Posted by Leenie at 5:33 PM

Yep that's the truth! BFD! and it is an unattractive painting BUT!!! the big BUT- there will be no more painted by this man, this artist whose life and death enthralled after the fact. I dunno, Leenie, It's all bullshite I reckon, like it or don't- as for artists statements- meh, just paint don't talk- the statements limit the viewers own imagination don't you think. (son in art school - loads of BS- intolerable!)One would think the emperor would feel the cold breeze...

Isn't it interesting (& frustrating) that a BAD painting by an old master is still worth a million times more than a GOOD painting by you?

Interesting he didn't ditch it or fix it.
I once exhibited next to a fine artist who told he he brought nothing but seconds to shows. All the prime work was in a warehouse, to be revealed after death.

Ah! To come across such a thing at a garage sale/Goodwill is one of my fondest dreams.

That and to recognize it for what it is!

When a artist is gone, and can no longer create any more masterpieces, I can totally understand the allure of finding a new painting.

Oh, and Mr. Emperor, may I just add that your ears are stunning in this light. What? Oh, of course. Let me come round to the other side.

Yes, it really isn't his best work, is it!
But, geniuses that we all are, we are bound to turn out a few duds.
I remember a most wonderful Van Gogh drawing show in London in 1964 (yes, really!)
I was utterly bowled over.
Greetings from NY!