Recent news stories of authorities taking away children who don’t match their parents, especially those who appear to have been “kidnapped by gypsies” reminded me of an account from my own family history. 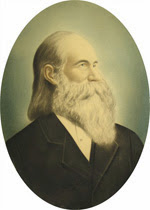 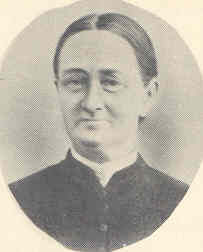 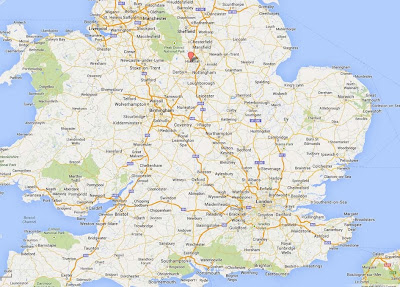 Were born and spent the early years of their marriage in Derbyshire .  There they joined the Mormon Church (Church of Jesus Christ of Latter Day Saints) in 1848. 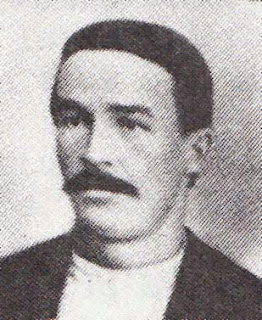 Their son, , or Rone, (my great grandfather) was born in 1852.  He had jet black hair and dark eyes as did his mother and most of the Moons.  His older sister, Sarah Ellen, took after the Hunts and was very fair.

Hannah’s family had rejected her because they thought she had disgraced the family by joining the Mormons.  Her mother went so far as to say, “If thou were not my own child and I did na know that thou were ever truthful, the fact that the children are so different and that thou art a Mormon would prevent me from believing that they are brother and sister.”

In 1855 Thomas and Hannah took their three children, Sarah Ellen, and Frederick Nephi and sailed on the ship, Juventa, to the . They ended up in , , just south of the abandoned city of . 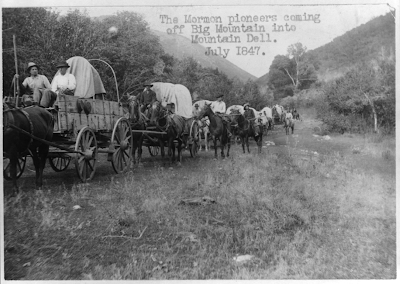 In 1862 Thomas Hunt was made a Captain of Ten in a wagon train of pioneers that traveled west to .  By then three more children, Ruth, Fanny and Thomas Alvin had joined the family.


I remember my grandmother telling the story of the wagon train traveling through a town before reaching the plains where ten year old Rone was seen peeking out under the wagon cover.  Some people there noticed the boy with coal black hair and eyes and sent word to the officers of the town that, “Them there Mormons had kidnapped a little Indian boy.”  Officers stopped the wagon to search it, but as soon as the officers saw Rone and Hannah together they were convinced that the black-haired boy was Hannah’s son.

They were also glad to cease the search and not molest the train further when Hannah, her eyes flashing with a mingled expression of humor and annoyance sharply criticized them for the insolent manner in which they had conducted the search.

What a fascinating tale- and how fortuitous they resembles each other!

Cool! Glad the officers didn't go any further in their investigation. My daughter has a couple friends whose parents are (dad) HIspanic and (mom) White. The two sisters look like they could no more be related than anything. One takes completely after dad's side of the family and the other her mom's side of the family.

What a great family story and collection of photos. It is rather frightening that there are people going around examining your family to determine if you belong together. What a world.

Fascinating! I too wondered about the initial impetus to take that child as it was reported that it was because she didn't look like her parents. Were your great great great (is that right?!) Grandparents born in England? You say spent time there so it sounds like they may have come from elsewhere. It is great to have this history all recorded. Andy's Dad wrote up a lot of his family history though I don't know if it went as far back. There was an Ina in his family too. Lovely name, as is Hannah Moon.

Fascinating!! How would they have handled mixed race or adopted children?

Sarah: Both Thomas Hunt and Hannah Moon were born in Denby, Derbyshire England. My writing was a little vague there so I've now corrected it. Almost all my ancestors came from England, although a few are traced back into Denmark, Germany and Switzerland.

how neat! and you didnt have to make any of that up either! ;p

How great is it to be able to tell this story! The photos just brought it to life.

I love reading about ancestors who were pioneers -what courage and sense of adventure they had - Australia has a pioneering history also - also taking away others children - so much so that our indigenous people who were taken from their tribal lands and families (for re-education and domestic help) are officially referred to as 'the Stolen Generation'- now mostly aged 65 to 85 years old.
You would think those pioneer ancestors of yours would have enough to contend with, without having to verify their offspring!

I love this story, Leenie. And that you have these amazing family tales to relay. So often snap decisions are made based solely on appearances and some apples definitely don't look like they fell from the same tree!

Interesting story, Leenie! It is important to preserve these stories from the past. I sadly know nothing of the generations before my grandparents, although I do know a little about our forefather (on my father's side) who first came to South Africa 13 generations ago. But apart from that all is lost in the mists of time.

I'm glad she was able to keep her son...I wonder if now days they would have ripped the child away and placed him in foster care until the courts could decide.

hannah Moon, what a cool name and she looks like she means it! One look at her determined beautiful face would certainly give one pause before trying to take her "indian" child. Awesome history, I think that my mormon wagon travelers came from Glouchester- what's the deal with england and mormons?
Lucky for you to have photos! I see you in Hannah Moon.

That's so interesting isn't it?

I've noticed that some families have
such resemblance, and others don't. Genes are amazing things...

My sister looks nothing like us, but her kids could be mine. Spitting images of me.

It was so cool to read this story ... they are my ancestors thru moroni hunt