SOMETHING IN THE WOODS

The clear low light of early morning flashed off the ripples of the water as I followed a game trail along the river. 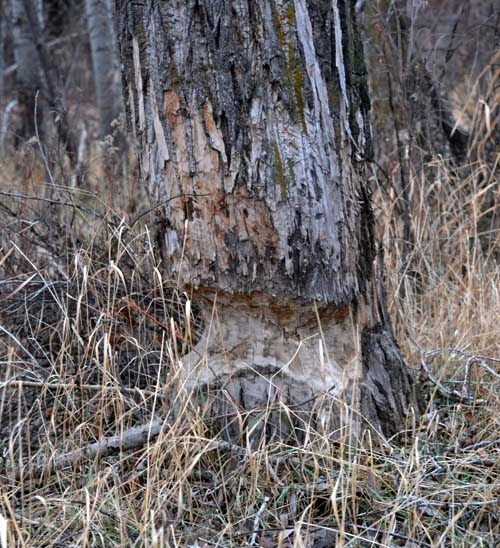 Last year this tree which had been gnawed and abandoned by beavers looked like this. This year it had finally surrendered to gravity.  I’m guessing when it went down it made a big noise whether anything heard it or not. 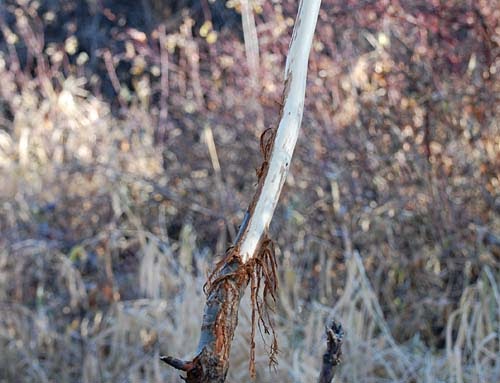 One branch had been used by passing deer for the rubbing of antlers.  At least that’s what I suppose.  There’s always the possibility of being chewed up by a Sasquatch. 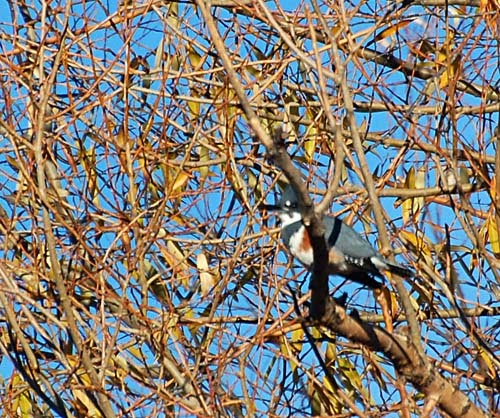 A rustle in the trees turned out to be, not a giant mystery bird, but a kingfisher on the hunt for his morning meal. 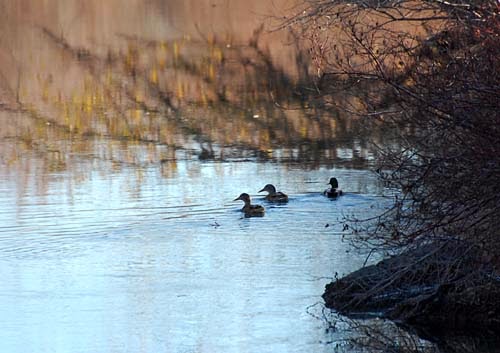 The ducks muttered to themselves and moved on down the bank into the shadows. 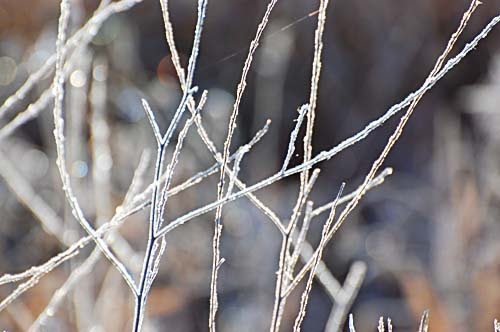 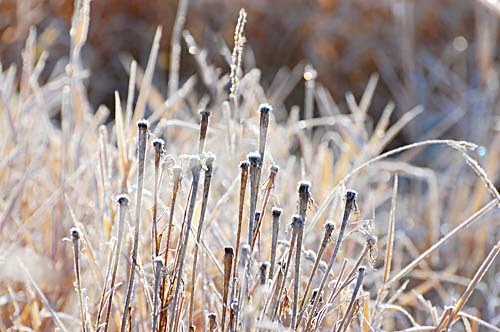 I realized the sunshine was rapidly melting away the illusion and I set about to capture it before it evaporated. 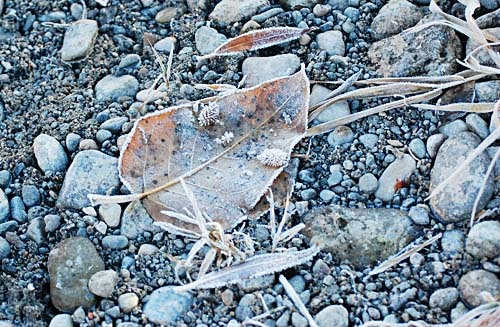 I was totally absorbed with my camera when I heard a branch snap nearby. 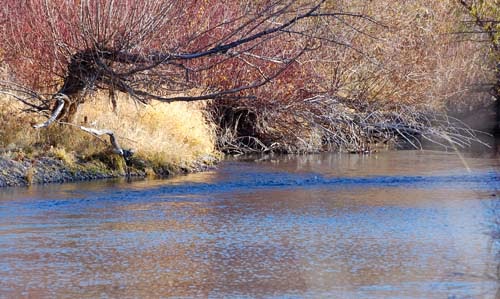 Something BIG was wandering around across the river.  Moose? I’d seen moose there before.  An elk or deer?  They were known to hole up near town when hunting season started.  Bigfoot? Werewolves? Rabid dogs? 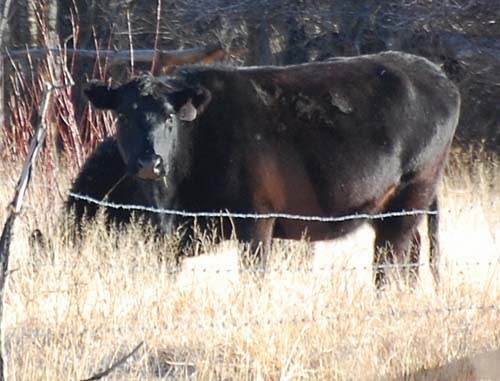 How about something large and black like an angus steer? 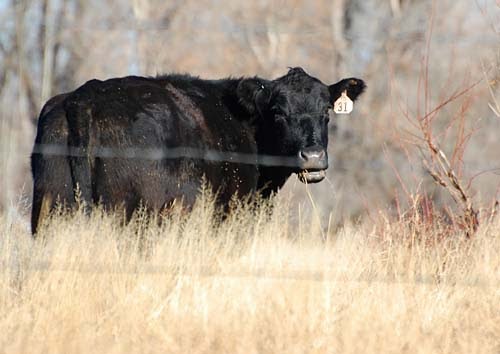 Good grief, lady.  Don’t get your panties in a wad.
I’m just trying to get some breakfast here.
Posted by Leenie at 7:35 PM

If you go down to the woods today...

Thank you for taking us on your walk. I wonder if that tree did make a sound when it fell...

Something about the kingfisher speaks to me. That steer with the earring looks like he's accusing me of assorted crimes.

You have quite the artist's eye--your photos are as lovely as your paintings!!

Frost.....as I get older I find it harder to appreciate.

I enjoyed going on your walk with you!

Frost is so magical the first time it happens each Fall.
It's obvious that you look up and down when you walk. My dad once reminded me to look up, as I was always looking at the ground. "You miss a lot when you don't look into the trees occasionally."

lol - I like the Sasquatch idea, Leenie. :) The frost sure transforms the landscape. Just gorgeous captures!

It is a beautiful place where you were walking Leenie. I keep watching a programme called 'Hunting Bigfoot'. Wish you had seen one!

I always enjoy your walks...you see things most people pass by and you SHARE them with us!!

I've never seen a "beaver tree" before! I wonder why they left before they were finished cutting it down? Hmmm...