Some of the injudicious people in my family---Wait.  That’s pretty much all of us.  So, some of those lacking in judgment who also like to run—which is redundant—signed up for the Thanksgiving Day Race to Feed the Hungry. 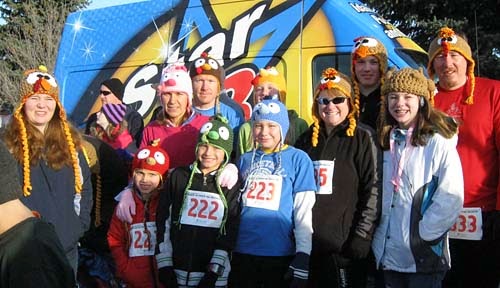 Okay, helping out the hungry is a pretty good idea.  It’s the running around in very large circles early in the morning in temperatures well below freezing that seems a little rash.


About the only ones crazier were the ill-advised who froze to the ground waiting for the racers to return from said run.  That would be me and DH.

To warm up the pre-race crowd a local television announcer called up some of the teams to show off their costumes. 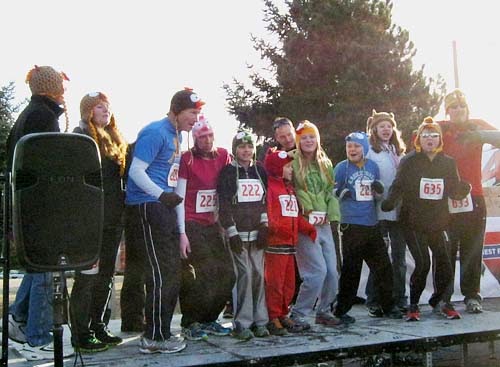 My peeples doing such a good job at their turkey dance that they were featured on the evening news. 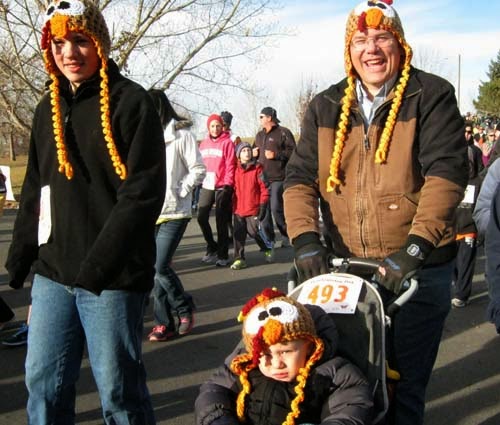 Getting a family rate on the entry fee, plus hats made by the daughter and daughter-in-law brought everybody out. Not to mention burning those calories would rationalize a second piece of pie later in the day. 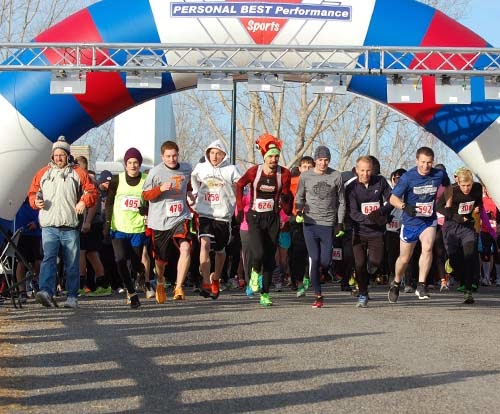 They’re off!  Runners, joggers and walkers took on a 5k and 10k course. 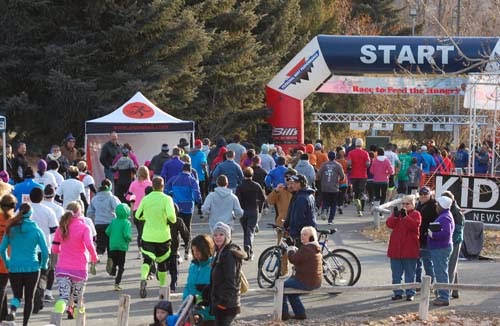 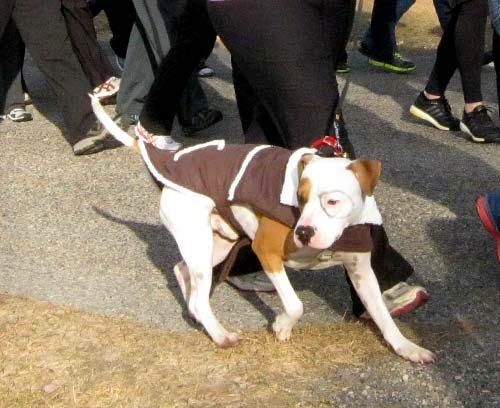 …and their dogs, raised thousands of dollars and got to party at the same time. 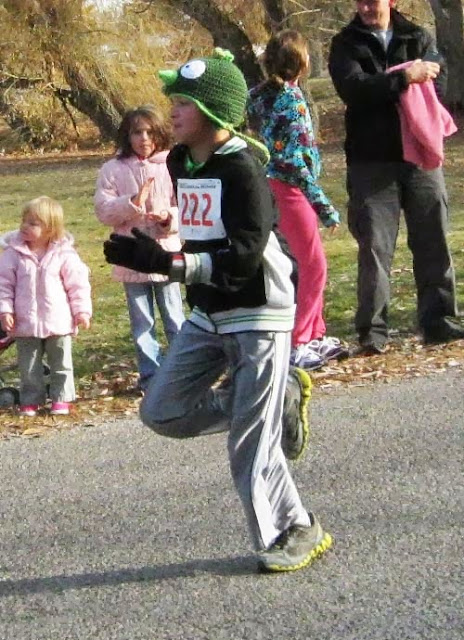 In almost no time at all Blackhart Three came zooming back from the 5k. 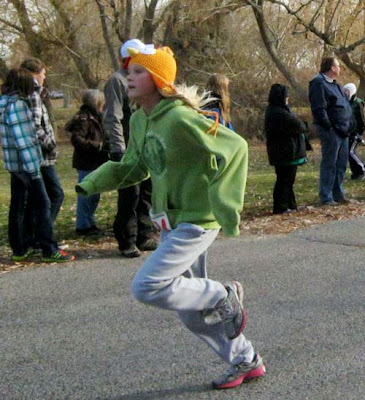 His sister was right behind him. 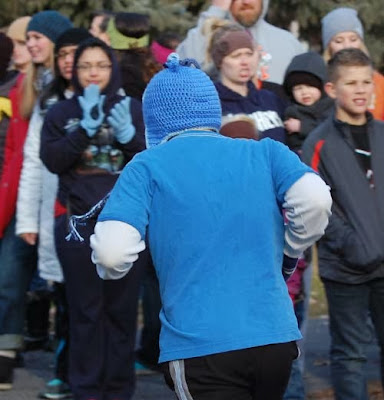 Blackhart Two went by so fast I didn’t get a photo of his face. 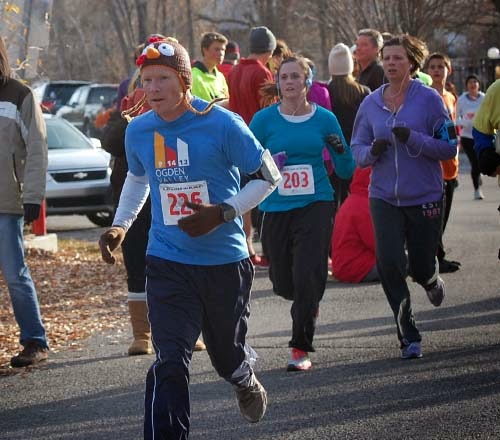 Then Bobert shot by on his way to finish the 10k. 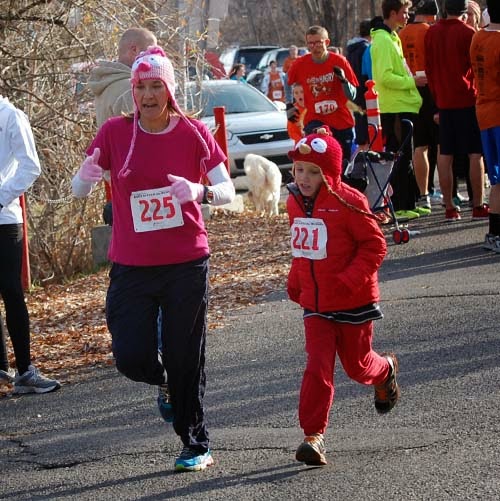 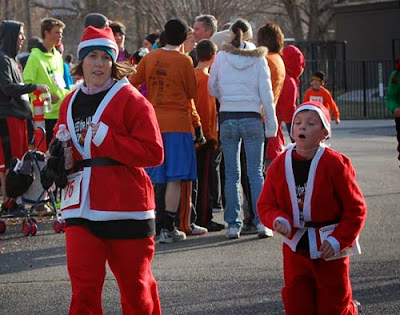 More family teams in all kinds of costumes went by. 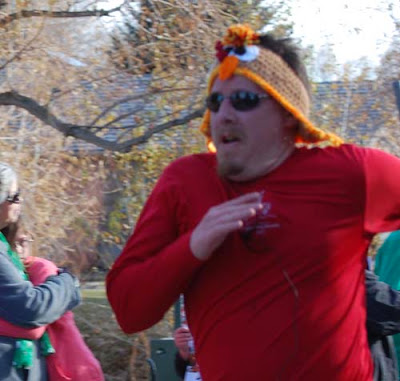 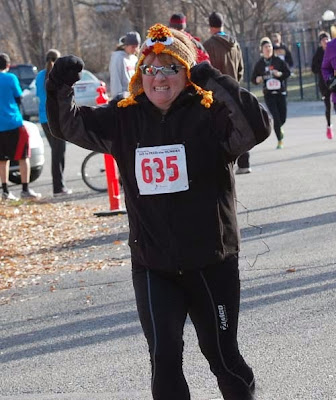 …and CindyLouWho came in way under her estimated time.  Cold weather has a way of kicking up the hustle. 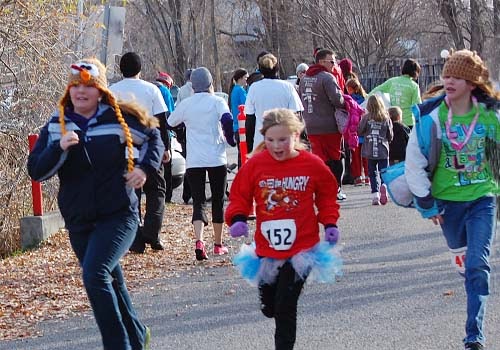 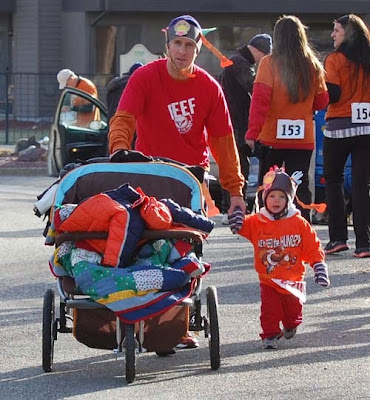 Families of all ages and sizes were participating. 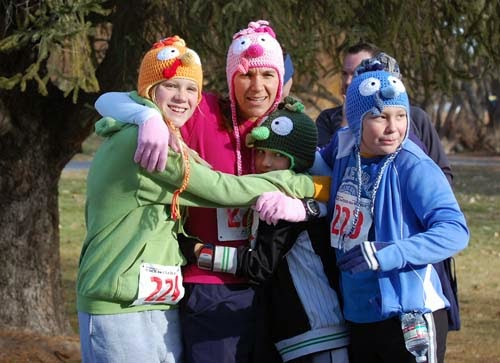 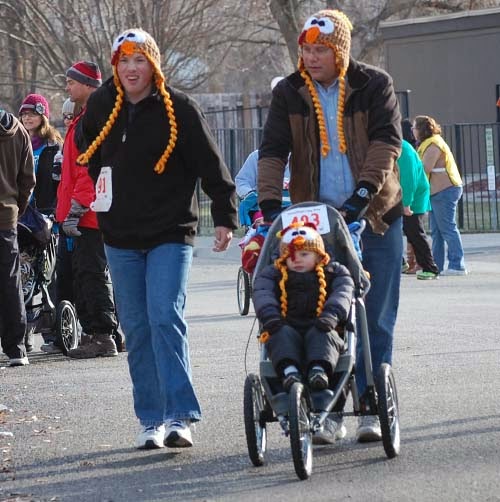 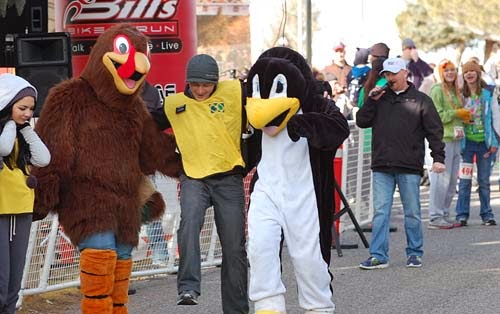 All were greeted at the finish line by The Official Turkey, who escaped the oven, and some of his friends. 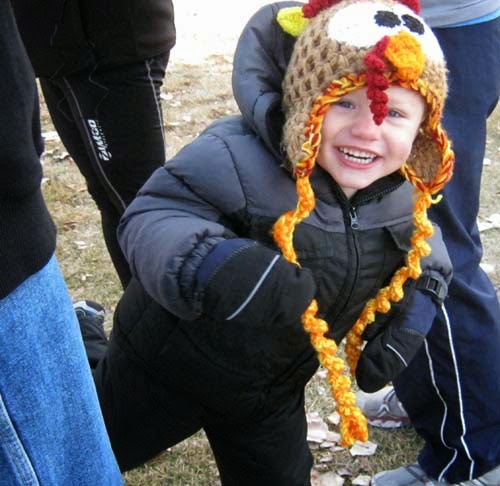 Awww! This was so cool, Leenie. (Pun fully intended). All that fun for a good cause. Kudos to participants and cheering sections alike to brave the cold. I bet the Thanksgiving feast was even more fabulous after all that activity! Hope yours was magnificent! Perfect shots and, as always, brilliant commentary.

Great way to work up an appetite!

I love the hats!

Woo hoo! Way to go...what a fun way to spend the day...lots of fun and for a good cause. I'll bet the turkey tasted even better after that!

Awesome post! I was waiting for it! This may become a tradition for my herd of Turkey's! Thanks for being our cheering section. I am so glad you two made it! Hope you had an awesome adventure over the holiday! Love from all of us here!

What a lovely family you have.

I would have been the one at home keeping the coffee and chocolate hot.
Good job to all.

Congratulations to such a hardy group!!

I smiled all the way through...everyone looked like they were have a blast!