I DON'T REMEMBER DROPPING THEM ON THEIR HEADS

Sometimes I wonder where I got my kids or what I did to make them so weird.  Surely it can’t be something they inherited. 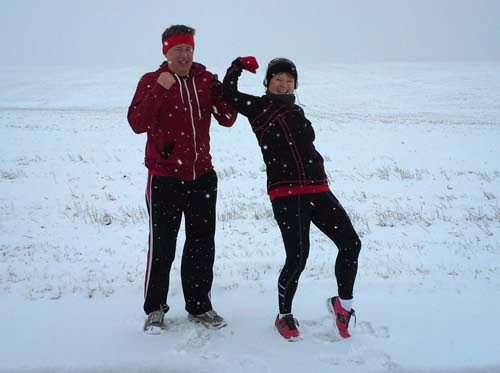 My first child, CindyLooWho, and her brother, Beavis, have been challenged by their other brother, Bobert, to run in a half marathon in May. 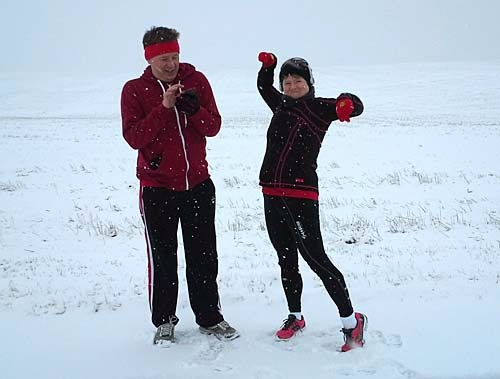 So they decided they needed to put in some training miles this morning… in a blizzard.  They asked me to drive them eight miles out into the Siberian Tundra east of CindyLooWho’s house. 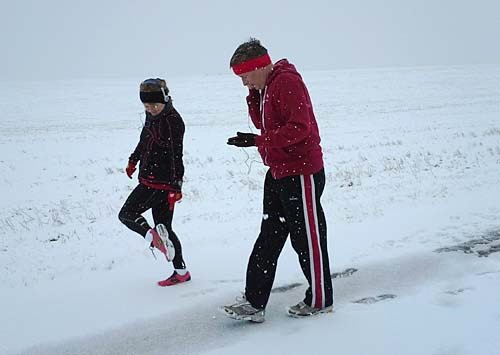 They checked their GPS and the training aps on their mobile devices, made sure their running gear was all set… 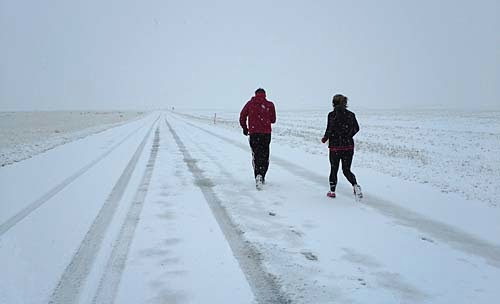 …and ran off into the storm.  I felt like I was dropping off unwanted kittens. 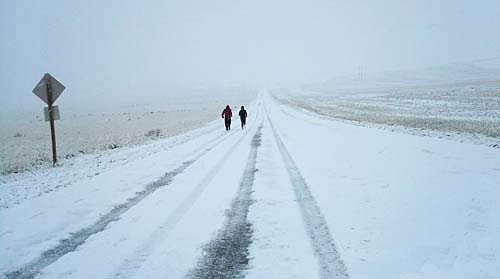 Or maybe just very weird, nutcase wacked out children, who, by the way, immediately started running for home.

They told me they expected to arrive at the house in about an hour and a half so I went with DH to Walmart to get new wiper blades for my car.

See, I knew I needed new wiper blades but every time I’m reminded it’s during a sideways snow storm or the drenching rain.  So every time I’ve ever bought wiper blades I’ve spent half an hour in a Walmart parking lot trying to install them in that same kind of gosh-awful storm.  Therefore when DH complained about the condition of my wiper blades I told him I’d buy them if he’d put them on my car.  Which he did in the parking lot in the wind and snow.

The cold and snow must have put a little fire in the hearts of the runners because they cut their time way down and arrived probably fifteen minutes early.  Therefore by the time we got back they were out of their cold clothes and getting warmed up and bragging about how hard core they were.  So I didn’t get photos of what they looked like after their run. 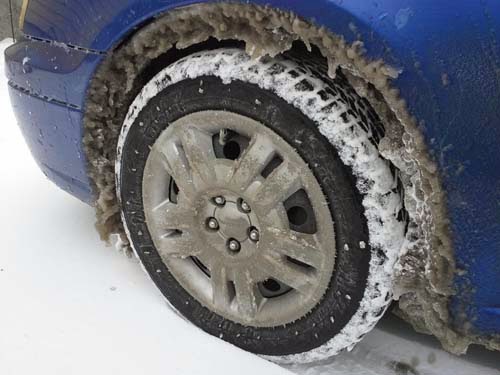 But here’s what my car looked like after traveling over the same route.  So take that and add it to 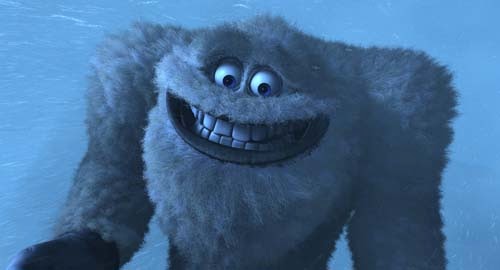 the Yeti in the movie, Monsters Inc. and you’ll have a pretty good picture. Sheesh!
Posted by Leenie at 3:58 PM

Don't blame yourself, I think it's the fluoride they put in the water. These kids are all a little crazy...but their teeth are good.

Um...insane? Hard core, dead frozen people are hard core. I do not envy your weather very much...don't like ours much either. Your kids are adorable, nuts, but adorable...what's a mom to do.

Does your winter last longer than our winter? Is that why the children are training in this winter? It's all they'll ever have? I see the last snow and wind storm sent me round the bend. Over the edge.

They've got spunk! And unlike Lou Grant told Mary Richards, I DON'T hate spunk. I admire spunk. Good for them. They ARE hard-core.

My daughter does marathons - she is in the middle of one right now - reading sessions that is...

Hmmmm....dedication or nutcases? They're YOUR kids! You pick!

I'm smiling at your title and your unwanted kittens remark ...

And I'm so impressed by your kids' enthusiasm!

Good for them!
I'm full of admiration!

Maybe your hubby dropped the kids on their heads when you were out getting groceries one day, long ago. :D

Oh I love your crazy kids that is something I would do but slower much slower:) I think they take after their Mom just a tad. Nice to get new windshield wipers I have to sit taller to see over the smear across my window:) Hug B

Crazy kids!! :) Takes some kind of dedication to run in weather like that. I had to chuckle at the reference to dropping off unwanted kittens! :)