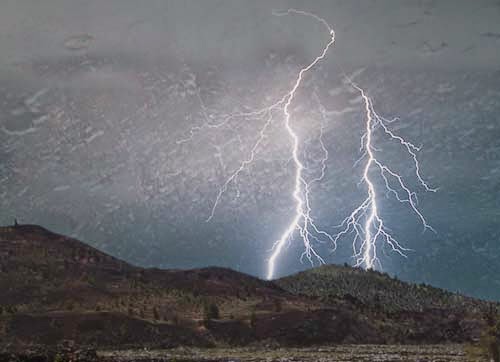 That was SOME storm!!

When those thunder boomers hit close it does make you jump.

A long half hour!

(ﾉﾟωﾟ)ﾉ* Thank you for sharing dynamic nature in your country with real sounds.
It's interesting.

That was fun!! (from the safety of my house in full sun shine!)

Mother Nature is so powerful!

Stunning! And your photography is also!

I love storms, though not necessarily when I am driving! That is a great name for a park, that and Snake river-all very dramatic and weird!