There’s not a lot to like about being at the point in life when one’s body refuses to sleep more than five or six hours without a trip to the loo. 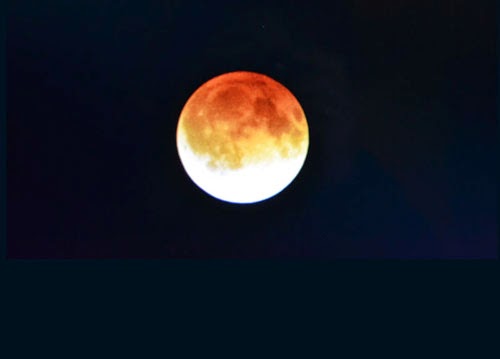 But when I got up at around four-dark-thirty there was an early morning lunar eclipse going on. 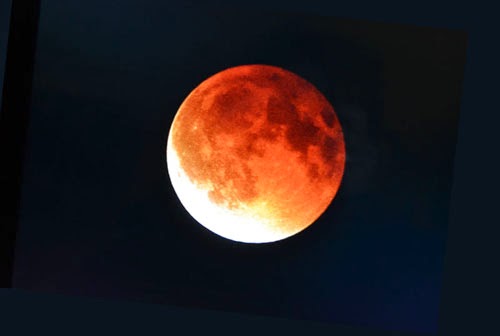 I guess this is known as a “Blood Moon” from the reddish shadow caused by the earth’s atmosphere. It’s the same thing that causes a red sunset but it seems more spooky. 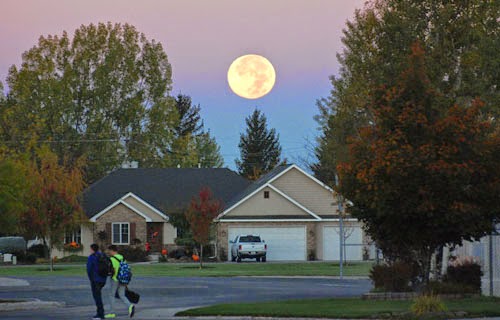 When I went for a morning walk a few hours later the moon had turned back to its normal color. Kids on the way to school were unimpressed. 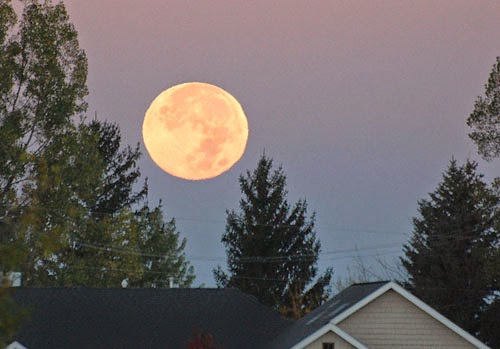 I was the only one getting all loony about the big round thing in the sky. 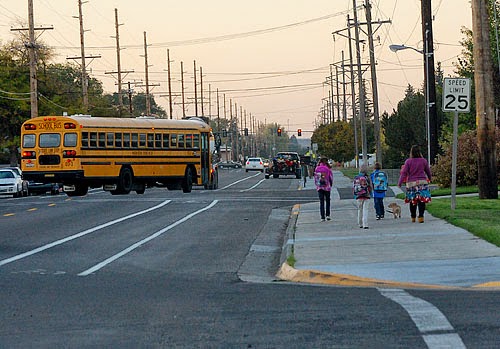 The rest of the world was just going about their day.
Posted by Leenie at 6:45 PM

Thank you for catching this for me it was raining here and I was so disappointed. I knew I could count on you and the loo:) HUG B

I meant to get up to see that but unfortunately....

Great photos! I sure wish I could figure out how to take night pictures.
I'm right there with you regarding nightly trips to the loo. :)

That moon was awesome! Beautiful shots. It was big and beautiful again last night, and I pulled off the road for a bit to admire it.

You got some beautiful shots! You must have a good camera...I tried to get some, but they didn't turn out. :( Luckily it all happened at a normal hour hear...6:00 or so.

Awesome shots!! You did good! It was hard to see here...all covered up in clouds!

It didn't look nearly that special with just my eyes.

I would be wit you, staring at the moon. I have not seen it as red as it is there. You are right it does look spooky!