April 30, 2015 the Grand Teton Mountains on the Idaho-Wyoming border looked like this… …from Idaho Highway 47 near Ashton.  Spring was in the air, but there was still plenty of snow on the shoulders of the big peaks.  Farmers were working themselves into a frenzy to get seed in the ground while the good weather held. 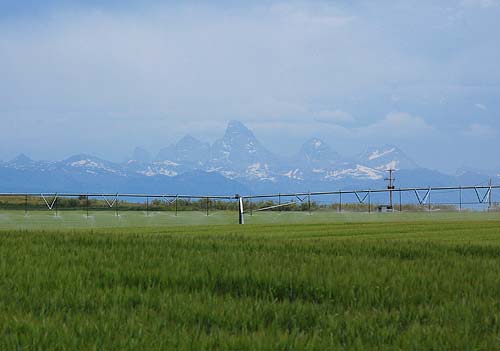 June 30, 2015 the Grand Teton Mountains look like this.  The snow is almost gone and the farms above Ashton look like landscapes from a scenic calendar. 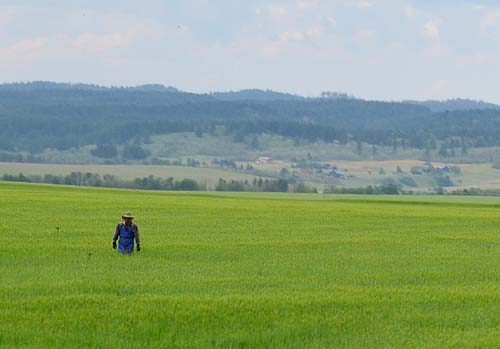 The farmers aren’t quite as frantic and the weather has been fine. 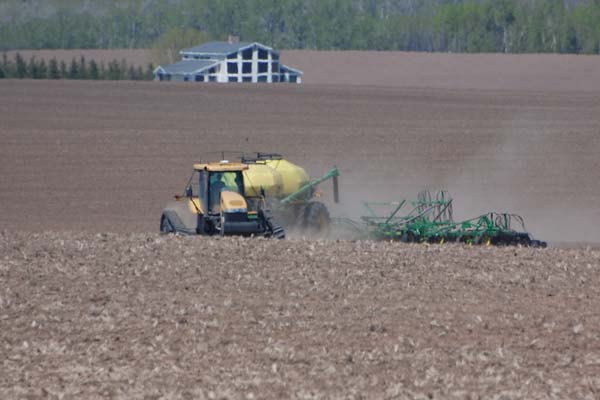 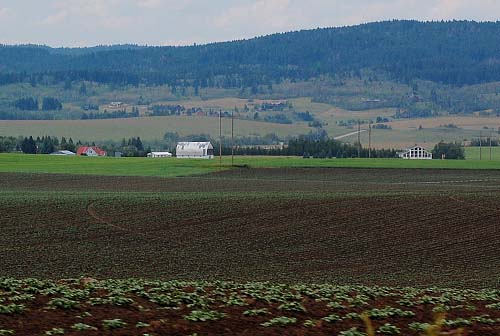 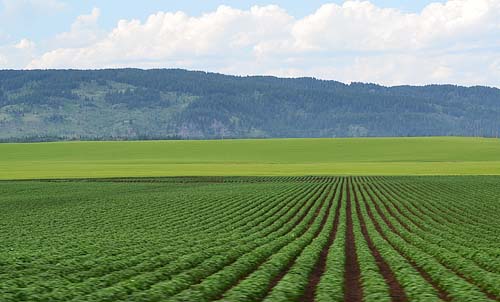 The summer here is too short to raise the big russet potatoes that grow so well in the valley so they produce the smaller seed potatoes. 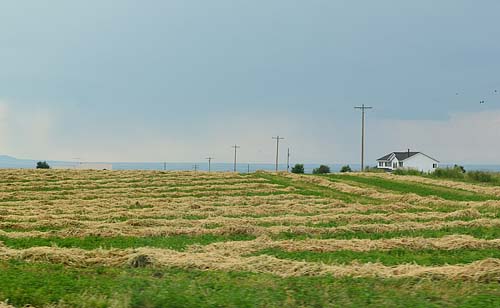 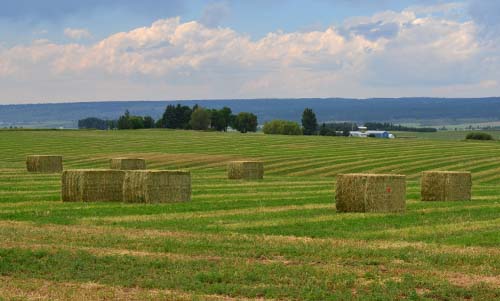 …or has been harvested into six by eight foot bales, ready to be hauled for cattle feed. 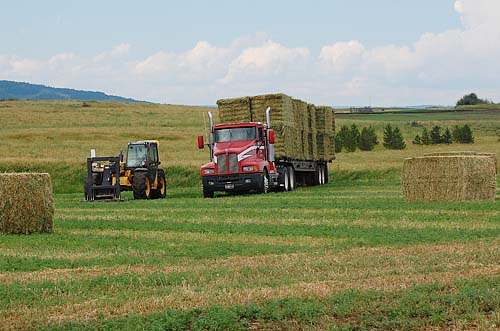 Here is the process underway of loading the huge bales on a flatbed truck. 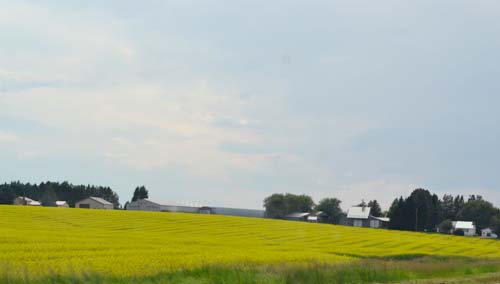 Another crop that is doing well and turning the fields bright yellow is canola.  The seeds will be harvested to make canola oil.  According to the FDA, canola oil has the least saturated fat of any common cooking oil.  That includes olive and soybean oil. 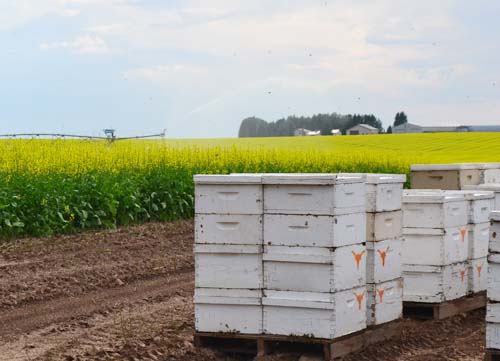 Next to almost every canola field is a village of beehives.  The bees are brought in to help pollinate the crop so the canola benefits.  The bees like canola because the plentiful blooms mean shorter distances between flowers. Cananola honey has a sweet, mild flavor so beekeepers have a sought-after quality product to sell. 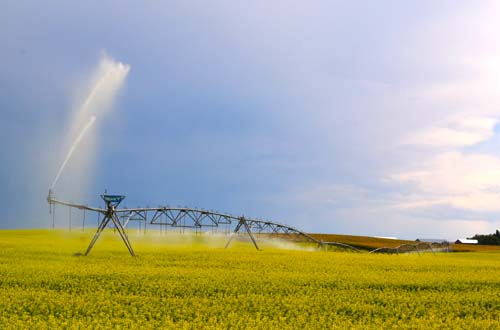 To ensure consistent irrigation, most fields are watered by big center pivot sprinklers.  The end-gun shoots a jet of rainbows and the smaller sprinklers send down a gentle rain as the long arm of pipe walks a circle around the field.

Just beautiful!! I'm glad their crops are doing so well!

Oh! It's nice to know your farmers are having a good year. It has been a huge struggle other places.

The first time I saw Canola fields was 10+ years ago in North Dakota. I thought it was astounding that a farmer would let a field be covered in flowers instead of planting it with something. A cousin that lived there told me what it was. I had no idea up until that point that canola came from a flower seed!

Beautiful photos from an incredible part of the world