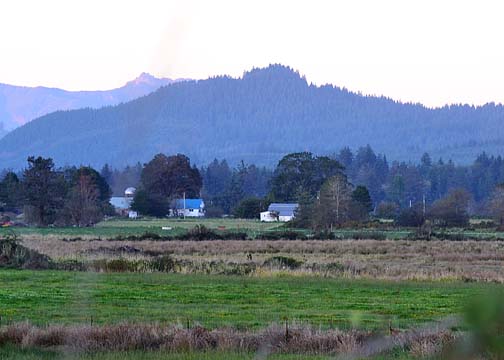 For the Super Blood Moon Eclipse, I wanted to be in a place to view the moonrise close to the horizon.  This was a challenge along the hills of the Oregon Coast.  I’d noticed a big parking lot next to Nehalem Bay boat launch on my way to my motel and went back there with my Nikon and tripod.

There was a great high spot just across the highway where I set up just as the sun went down.  Then I noticed cars gathering in the parking lot, all facing away from the water and to the east.  It looked like people gathering to watch a drive-in movie and the sky was the screen.

Before long I was joined at my location by two other cars with ladies toting cameras and tripods.  As we waited we struck up a casual conversation and we all wondered why the heck the moon was taking so long to rise. 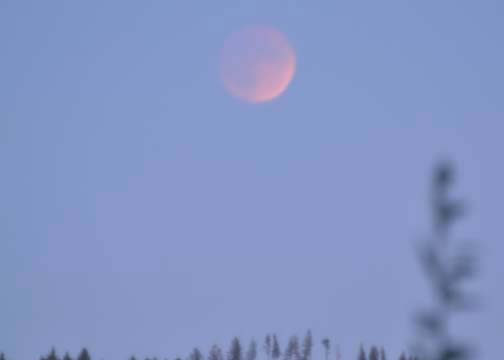 People in the parking lot were out of their cars all looking toward the horizon and finally someone yelled, “Hey! There it is!”  The moon had been up for several minutes before we all noticed the pale, pink ghost just above the trees. 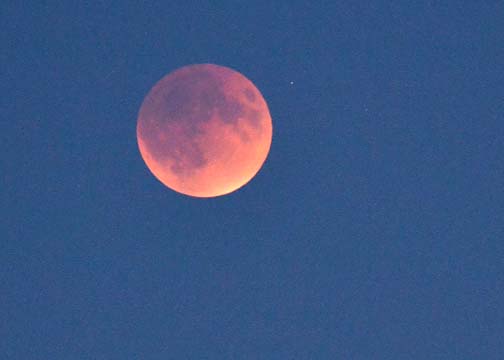 The two other ladies and I started fiddling with our cameras.  We had to go old school manual because our fancy cameras couldn’t find anything to focus on. 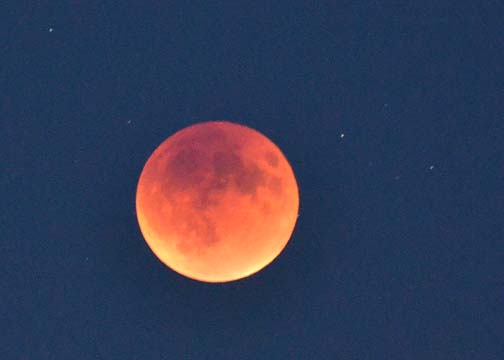 As the sky gradually darkened my two new friends and I joked about the warned End of Days.  We’d heard there was a punch card available with a list of ten predicted apocalypses.  When nine of them were punched, the last one was free. 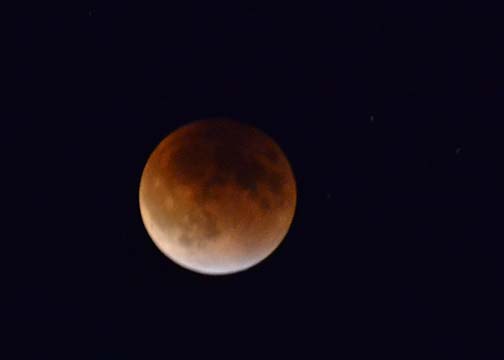 While the moon gradually moved out of the earth’s shadow we monkeyed with shutter speeds and chatted.  We learned we were all from other places with not much in common except cameras and an appreciation for the earth and sky.

We joked how we probably could have made some cash selling popcorn to the impromptu crowd gathered across the highway.  Then we decided, since it was supposed to be the end of the world, we personally would go all out for Ben and Jerry’s ice cream ourselves. 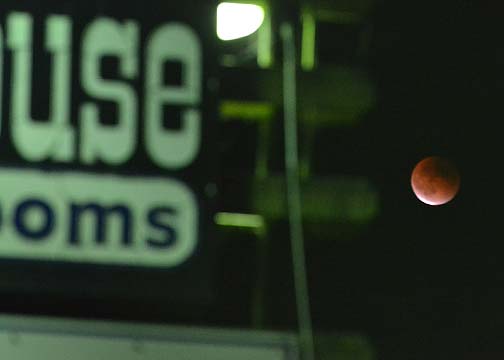 After an hour or so of geeking about the moon, the crowd began to scatter.  I gathered my gear and went back to my motel where I discovered I had a great view of the “Super Moon” right from the parking lot. 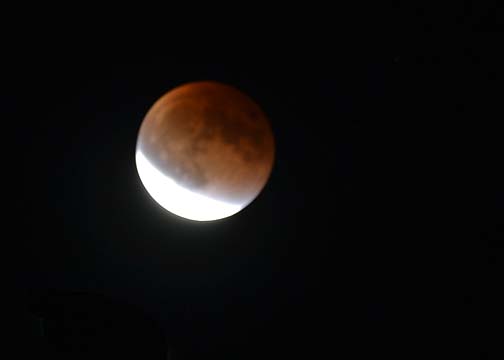 I set up my tripod and took a few more shots. 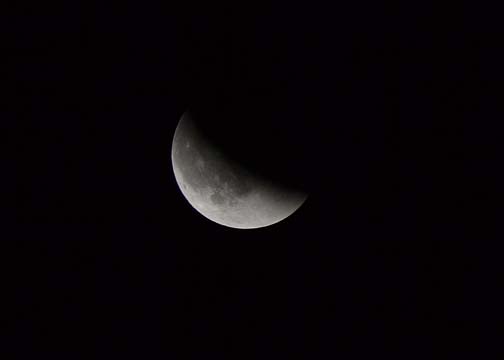 Later from my room I continued to watch a show much better than anything available on a tiny screen—with no commercials. 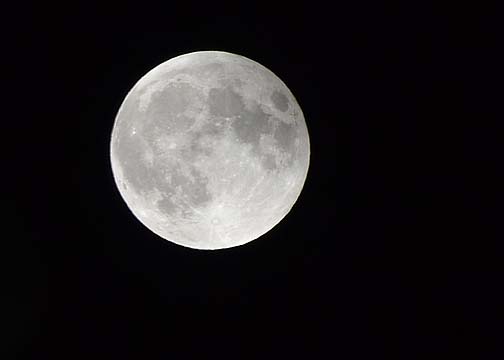 Finally, Lady Luna appeared in her full brilliance.  It was fun to think about the group of friendly people of all ages who found themselves in the same place gazing like looneys at the evening sky.

I feel cheated. We had so much cloud cover last night. Thanks for sharing your wonderful photos.

Dang, It was cloudy in Nj

Yes, I was so glad to have a clear sky in a place so very famous for rain and fog.

yes indeed, we got mooned, not the most spectacular eclipse I have seen and it was a little misty, so I guess this one does not count for end of days...AGAIN! Dang, get all worked up for nothing...AGAIN! You got nice shots however, especially the normal moon at the end, all plump and pretty- cast her tart dress aside, dressed more appropriately.

I couldn't even find the moon last night--thanks for the great photos!!

Amazing photos! and it must have been wonderful out there with all the other people. I had planned to wake up at 3 AM but....!

Thanks for sharing your gorgeous photos! It was cloudy here in eastern PA, and I only saw a couple of tiny glimpses early on.

We had a great view from the front yard, right up until the very last sliver of light was visible. Then clouds moved in. Every now and then we could see the orange glow, but we gave up before the reverse process started. Too many clouds, so little time. Don't know if I'll make the next one in 2033!

I don't think I'll ever learn to photograph the moon. Your photos are beautiful!

Jealous thoughts. We had total cloud cover and, even if I had a view my photos would NOT have matched yours.
Thank you for sharing the magic.

Oh Leenie these are absolutely beautiful. Thank you we were not as lucky. Hug B

What fantastic photos! My husband and I watched the entire eclipse from our patio in the SF Bay area in California, and it was so wonderful to see. However my camera was not up to the task of getting any decent pictures. Good for you finding a perfect viewing spot!