GIFTS FROM THE SEA 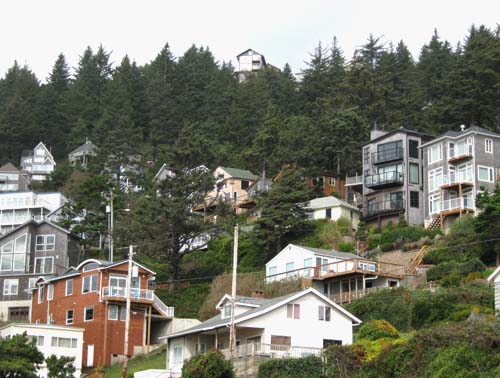 Just west of the city of Tillamook, Oregon I discovered a little town called Oceanside clinging to a cliff overlooking the Pacific. 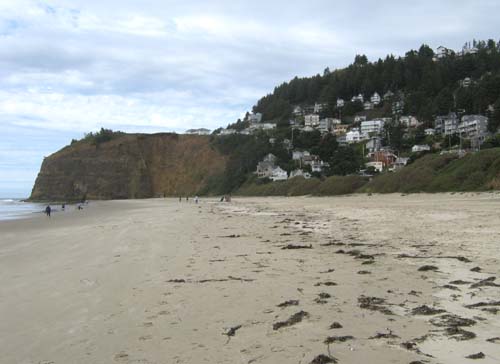 Down a flight of stairs was a wide, sandy shore.  There I went to do a little beach combing while I waited for the tide to go out.  A few other explorers and dog walkers were already there enjoying the quiet rush of waves. 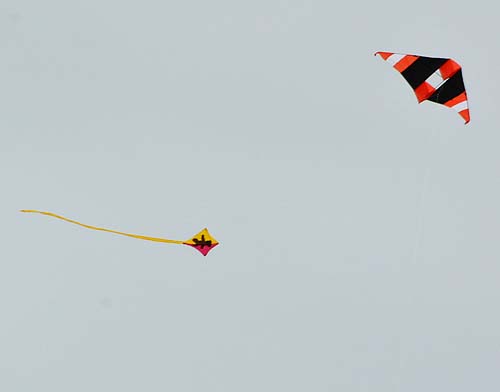 Some were launching kites in the ocean breeze.

I’d heard this was a place where agates could be found so as I walked, I kicked around through the seaweed deposited by the retreating waves just to see what would turn up. 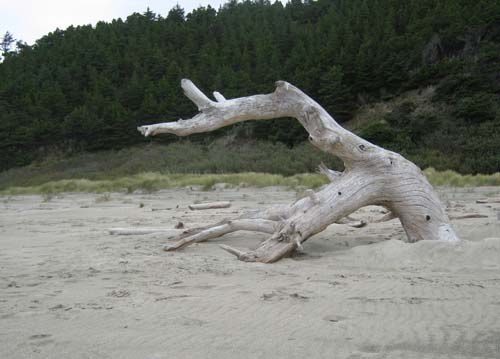 The beach was long and I walked for quite a while finding little more than a few broken shells and some sand crabs. 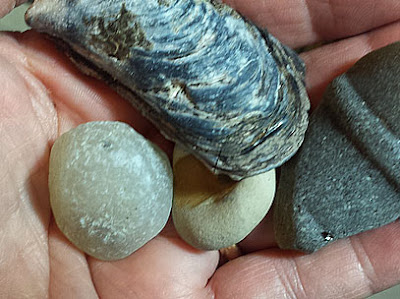 I finally discovered a small agate among some gravel.

Then I found a broken compass, the kind that’s usually attached above the windshield inside a car or boat.  I rolled it around in my hand and dropped it in my jacket pocket.

A few minutes later I met a man walking and chatting with a boy who looked to be around six, judging by the gap in his grin next to a brand new grown-up tooth.  He carried a gallon-sized plastic bag almost filled with shells, crab legs, chunks of drift wood and pebbles.  The breeze ruffled his sandy hair as he looked up to see who I was.

I retrieved the broken compass and held it out.  “Look, I found Jack Sparrow’s compass.  See, it doesn’t point north.”  The dad grinned as the boy looked to him for assurance.  “Here, take it” I said.  “Maybe it will help you find what you want.”

The boy gazed at the gadget while his dad reminded him about Captain Jack and his pirates of the Caribbean.  I also showed them my agate, wished them a good day and went on down the beach.

I’d brought along my camera and took a few reference photos of the sea, the birds, and objects scattered about by the outgoing tide. 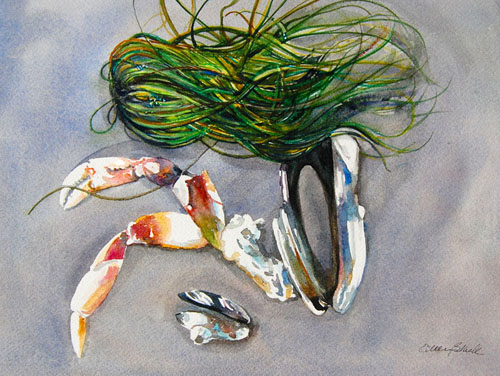 I found a still life arranged by Nature on the sand and used reference photos to reproduce it in this watercolor when I returned home.

“And then, some morning in the second week, the mind wakes, comes to life again. Not in a city sense—no—but beach-wise. It begins to drift, to play, to turn over in gentle careless rolls like those lazy waves on the beach. One never knows what chance treasures these easy unconscious rollers may toss up, on the smooth white sand of the conscious mind; what perfectly rounded stone, what rare shell from the ocean floor.” --Anne Morrow Lindbergh--Gift from the Sea
Posted by Leenie at 9:25 PM

Nice touch with the compass and the young boy.

I think you made that young boy's day!!

Oceanside is aptly named! Your treasures make me think of you as a modern-day Tom Sawyer, raking in a load of stuff by allowing others the pleasure of whitewashing your fence.

agates are always the best to find, I like to hide them around the house so when (IF) I ever clean house I get little rewards back, and that little kid will always remember that treasure! He will keep it until he is an old man and remember that wonderful lady on the beach!

What a cute little town! I love the Oregon coast.