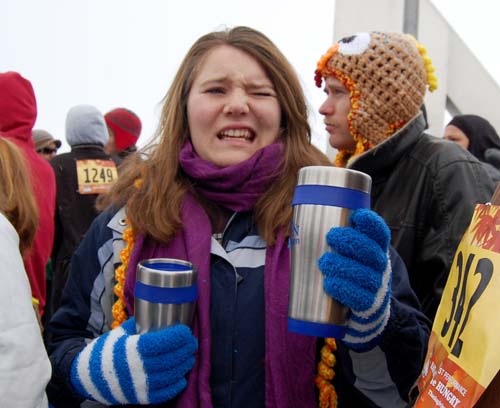 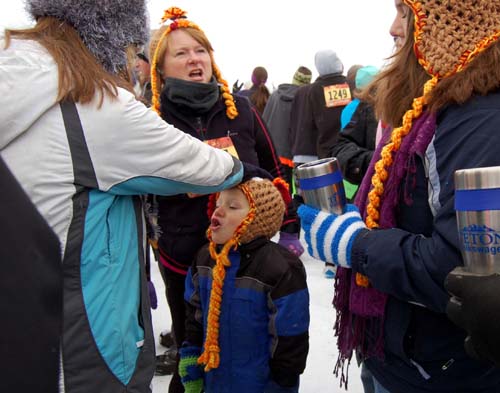 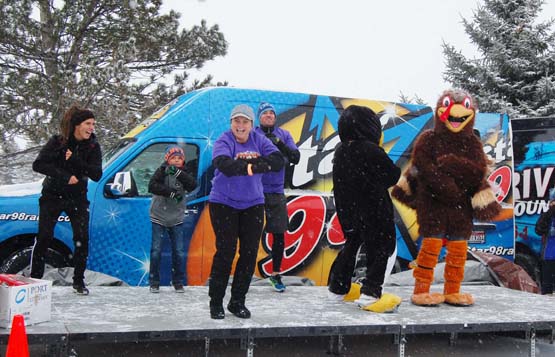 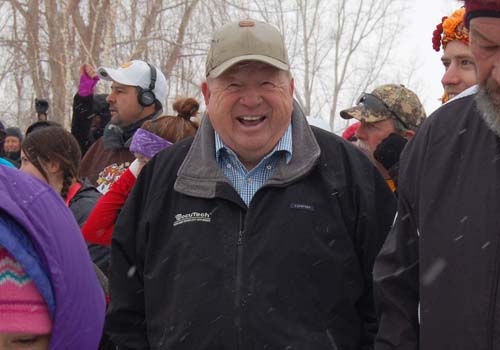 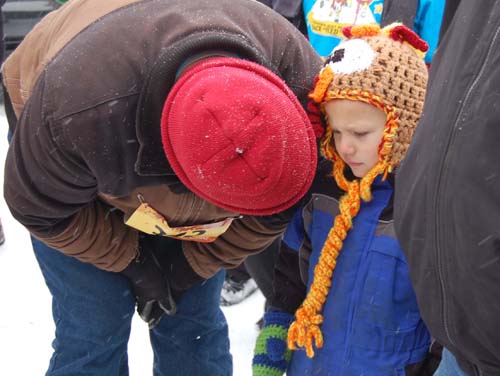 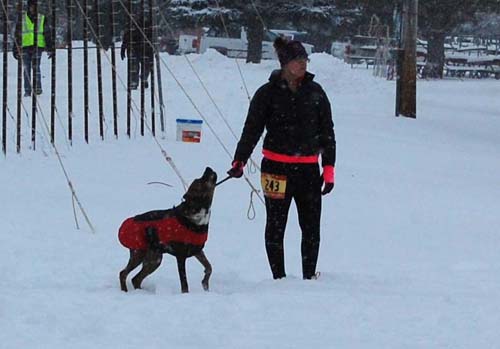 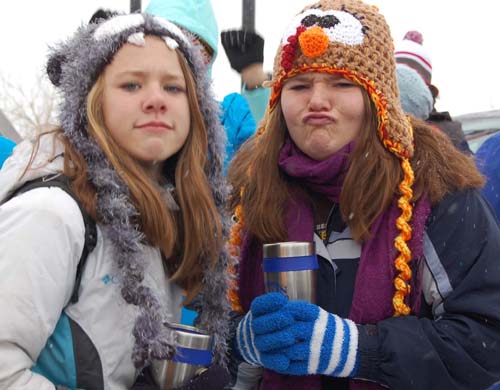 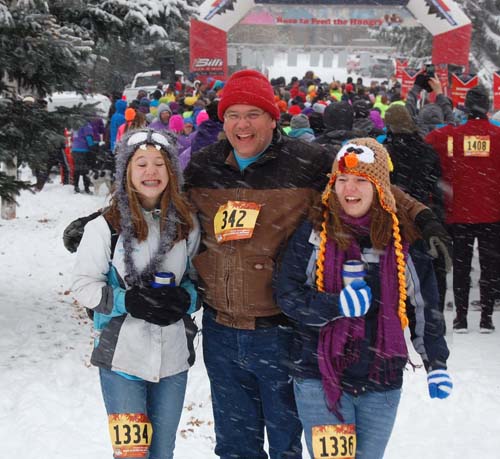 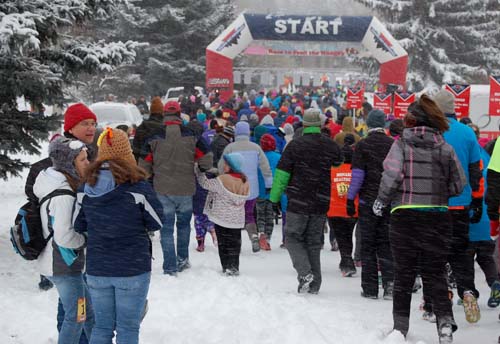 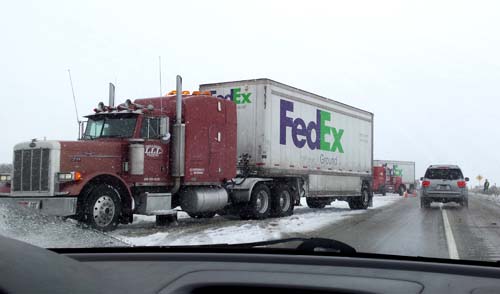 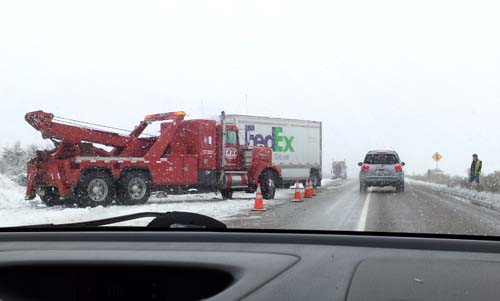 Here’s the other trailer belonging to the rig getting hauled out of the gutter by a tow truck.  We continued on our way in our four-wheel drive Subaru with knobby snow tires, and arrived in plenty of time to help put Thanksgiving Dinner on the table and eat with our family there.
Posted by Leenie at 1:32 PM

Glad you had a safe trip.

Brave girls. Oh it sounds like all went well for everyone except the driver of FedEx of course. Glad all the nasty weather and driving turned out to be not too bad and you made it to family. Happy day of course. Hug B

So THAT'S what happens to my packages! The sliding-off part, I mean. Not the running in a race thing.

Damn, it gets cold where you are (she said from southern California)!!

Scary when those big trucks wreck! I'm glad noone was hurt!