A few weeks ago I was watching Oregon Field Guide on Public Television.  The show was about two hikers, Tim Burke and Melinda Muckenthaler who had set a goal to see 365 waterfalls in a year even though Tim was recovering from a serious injury to his foot.

They surpassed their goal and, in the process, even discovered waterfalls not marked on maps. 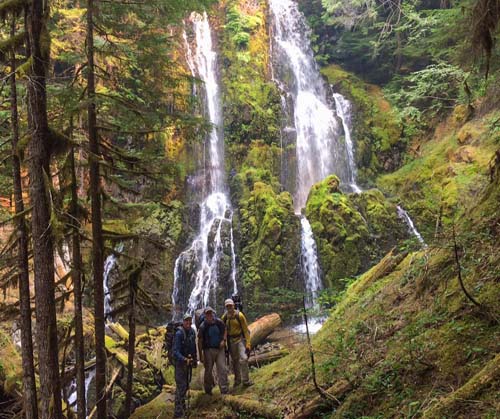 One of those scenic spots was a waterfall they called “Lady Creek Falls” located in a rugged canyon on the west slope of Mount Hood.

Hoping I wasn’t infringing too much on their work and skills as photographers, I used the photo as inspiration for a painting. 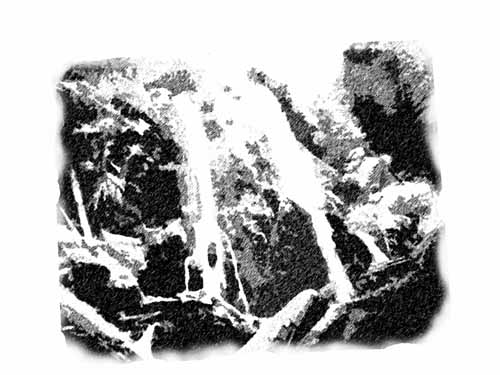 I started with a thumbnail, value sketch of the falls. 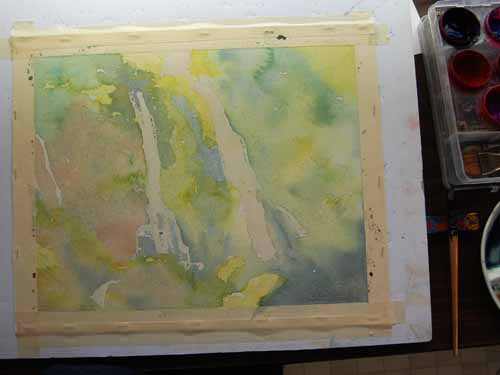 I took the sketch to paper and, after masking out the areas I wanted to remain white, I started splashing on paint. 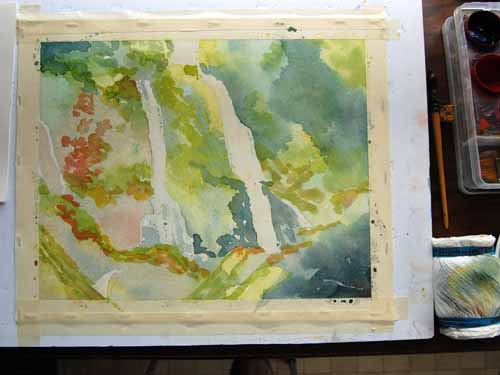 After that layer dried I added more layers of color. 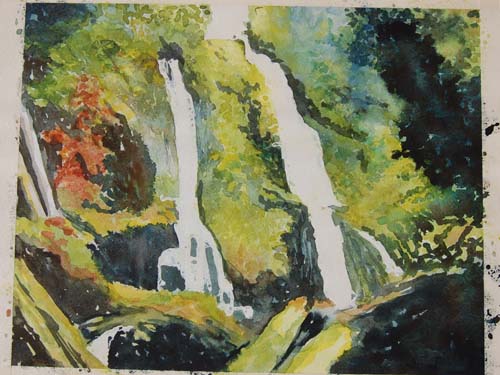 Almost every painting I do reaches a point where I lose enthusiasm, fear the whole thing has gone south and think maybe I’ve created a very colorful piece of fire-starting paper. 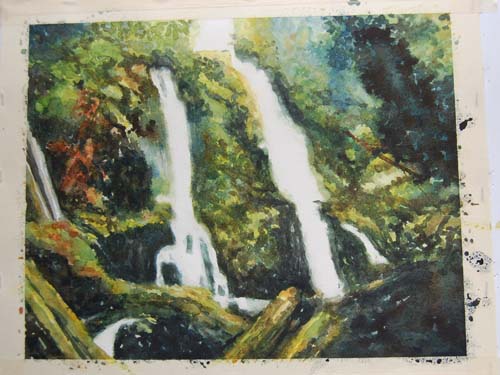 But I let it sit overnight and the next day I pulled off the masking and went to work on the water. 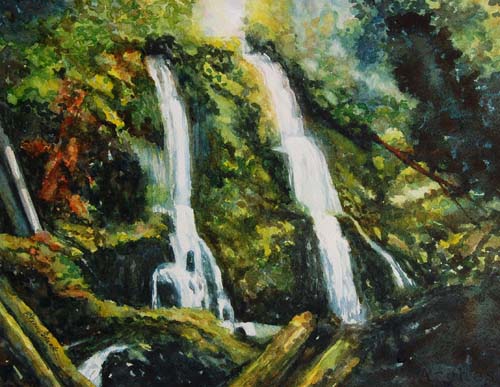 Here’s the final painting prompted by Tim Burke and Melinda Muckenthaler’s photography of an amazing and scenic location in the mossy forest of Oregon’s Mount Hood.

The Oregon Field Guide story can be found here.
Posted by Leenie at 8:07 PM

You do AMAZING work!!

of all of the wonderful adventures one could come up with- visiting water falls has got to be in the top ten, yours is one they missed, and it is the BEST! The one that you painted and is in a black frame here on the wall is another.