I guess there is no one to blame
We're leaving ground
Will things ever be the same again?
It's the final countdown.--Europe

Less than three days until the path of totality of Eclipse America passes over our town. I still can’t help wonder if it isn’t over-hyped fake news.

But there are big preparations for an invasion of apocalyptic magnitude here anyway. Reports from Yellowstone Park and Jackson Hole, Wyoming are that hoards are arriving and backing up traffic for miles. 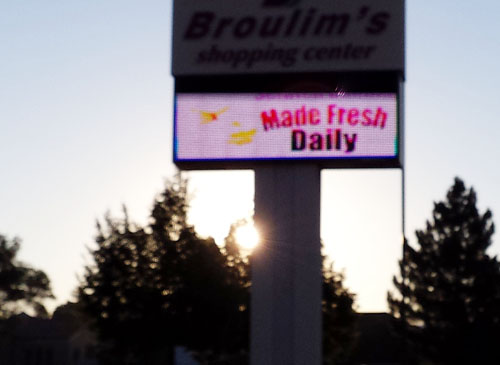 Here, not yet.
No one has to stand in line for early morning donuts, made fresh daily. 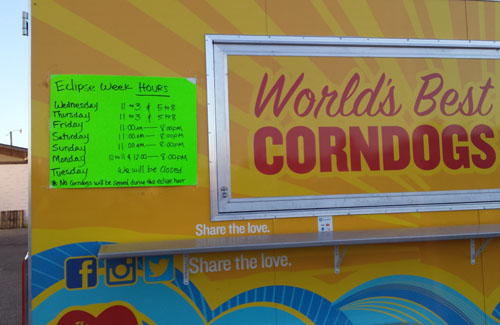 Local businesses are extending hours and some which are usually closed on Sunday will open their doors to provide for the anticipated crowds of shoppers. 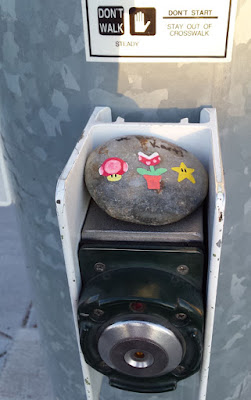 This probably has nothing to do with a solar eclipse but there are appearances of painted rocks in random places around town. Just a fun way to occupy those who have extra time on their hands in the summer. 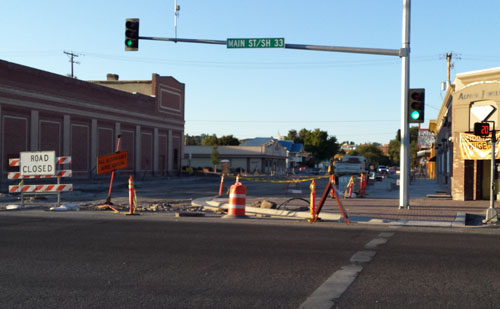 The city decided months ago on an upgrade to Center Street and Main. They’ve replaced water lines, widened sidewalks and plan to put in new trees. "We are hoping the revitalization will attract more foot traffic and businesses," the mayor said. I think the plan was to have the construction crews out and the street paved by Eclipse Day. 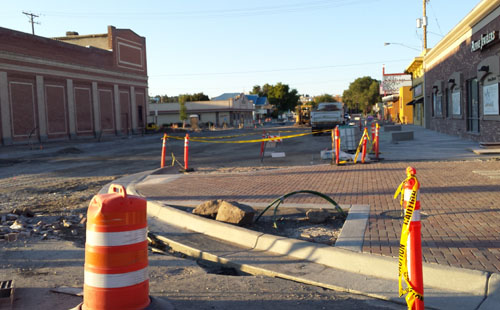 They’re going to have to put in some overtime to make that deadline. 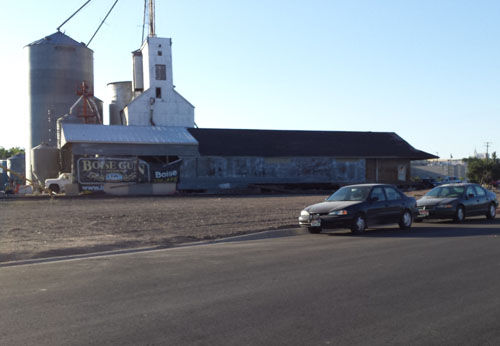 However, other construction and paving projects are finished and look great. Our own destroyed street is not included in that group. 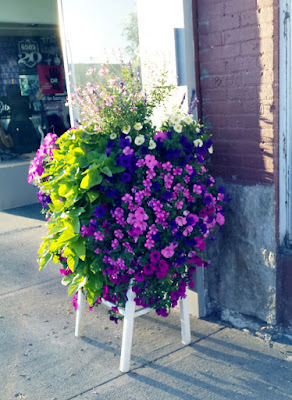 The flowers which are placed on Main Street every year are at their peak. 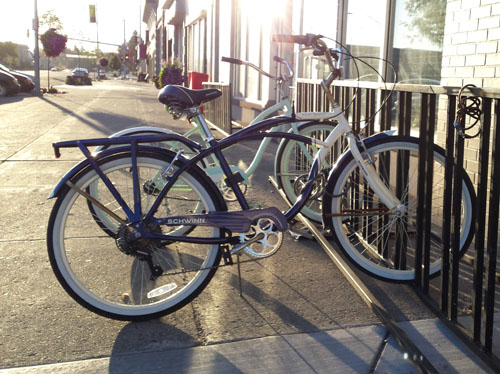 This photo is added because I just liked the shadows cast by early morning sun. 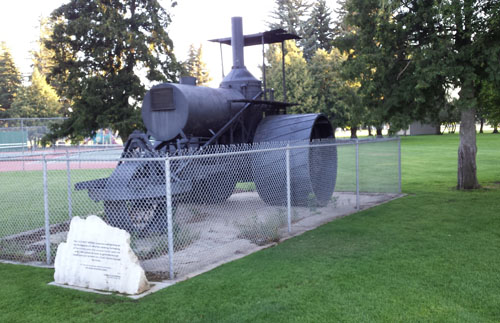 Another non-eclipse photo. This one is of the big antique steam tractor in one of our parks. It’s a monument to the pioneer farmers who broke up the fertile ground covered with sagebrush, planted wheat and potatoes, and make this valley prosper. 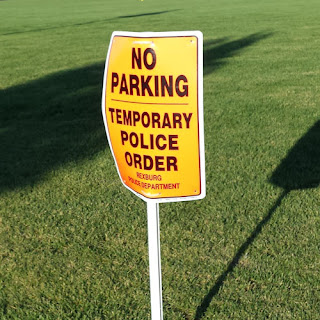 These signs are everywhere.  All first responders are on high alert. In our newest park the Vendor Village is gearing up for a weekend of business. Visitors and locals will have plenty of opportunity to shop in the perfect summer weather. Partly cloudy is the forecast for Eclipse Day. Hoping the only shadows from the sky cast on that morning will be from the moon.
Posted by Leenie at 2:32 PM

Rexburg made international news today- the crowds will be overwhelming. You might want to read Annie Dillards writing about her total eclipse experience- probably better than the real deal! I will be staying indoors with the dog and my very sensitive eyes. Hope you have enough pie for everyone!

Gosh! I wondered how you folks were faring up there in Eclipse land. It sounds like the hoards are going to popular tourist areas...of which I'm glad I'm not there.

I hope it goes well for all of you!

From what I hear, it was amazing! Hopefully you had clear skies. Can't wait for the pictures! We were driving through rain in central PA when the eclipse took place...and were way too far from the path of totality to notice any change at all.