Once again I drove my trusty Subaru across Idaho and Oregon for a gathering of watercolor artists in September. I gave myself extra time so I could do some exploring of the Willamette Valley before I continued on to the ocean. This time I had my cell phone g.p.s. set up and ready to use to help me find my way. My first destination was Silver Falls State Park just east of Salem, Oregon.

To say the park is scenic is an understatement. Even in this summer of unusually dry weather the huge spruce and Douglas fir trees kept the campground shady and cool. After staying overnight there I took the Trail of Ten falls which is a little over seven miles long. Unfortunately the streams which fed the waterfalls were low. One of the first falls, Winter Falls, was nothing but a wet cliff. 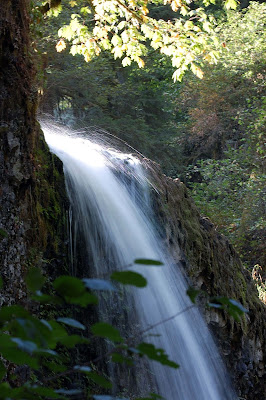 Lower North Falls dropped 30 feet and was amazing even in September. 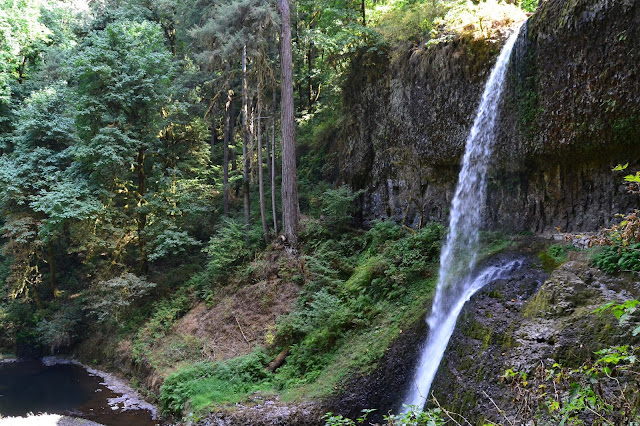 Middle North Falls was much dryer than shown in the brochure photos but was still worth the hike. 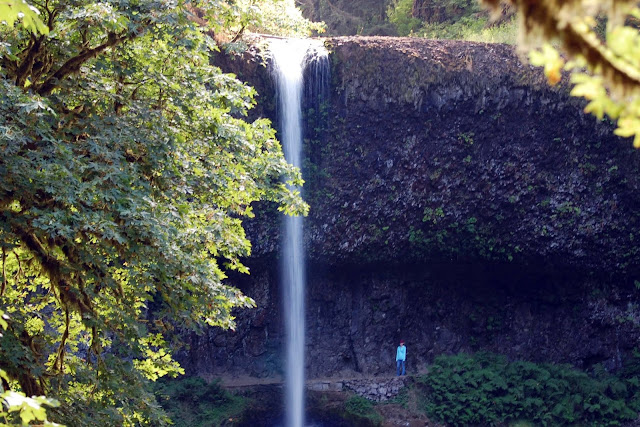 This is only the upper part of the cascade and there’s a trail behind it so you can stand and look through a curtain of tumbling water. 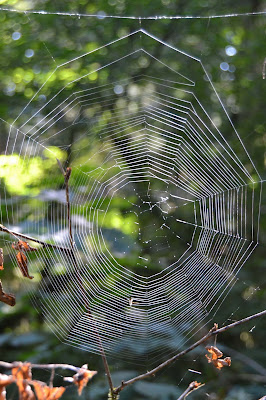 I got caught up in taking photos and ran out of time so I only saw seven of the ten falls before taking a shortcut back to my car.

Early the next morning I did a tour of the covered bridges of Linn County while the light was still at a low angle. Oregon is said to have 51 covered bridges. They were built by early pioneers with covers to protect their floors from the rainy weather. 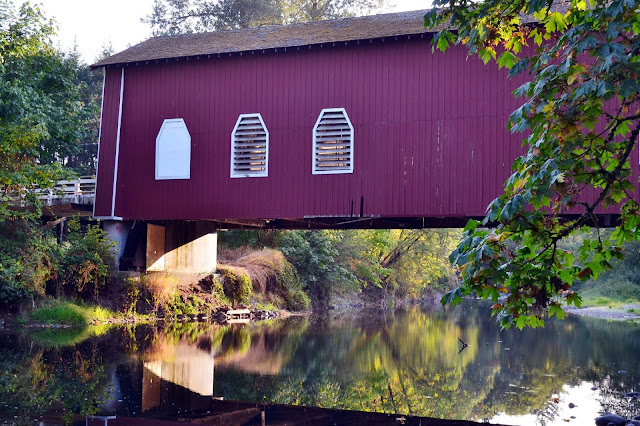 I drove through rustic farm country and came first to Shimanek Bridge. It’s the only red bridge along the route. 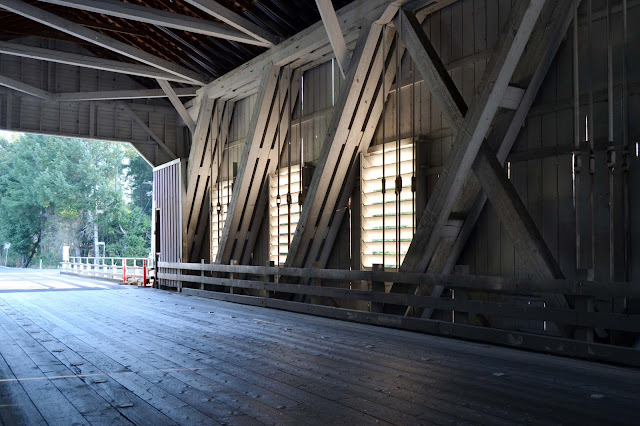 It is also known for its gothic louvered windows. 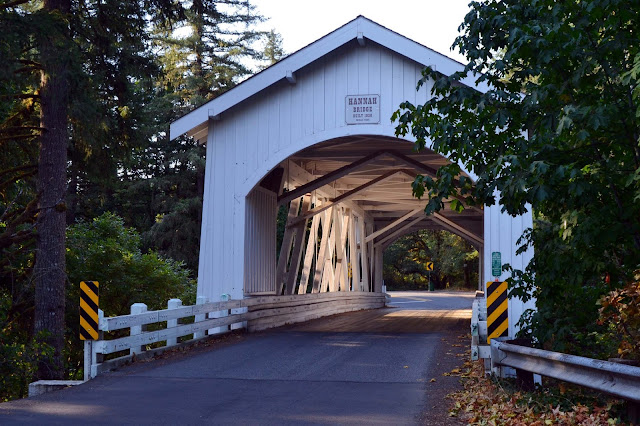 Hannah Bridge was very picturesque in the morning sun. 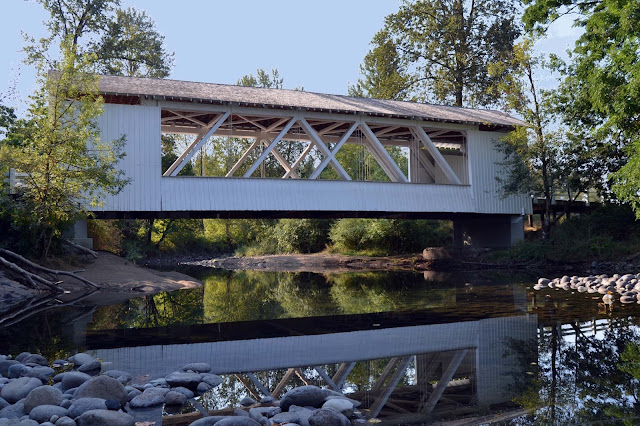 This is Larwood Bridge. It was built in 1939 over Roaring River. Not so roaring in late summer. I could almost walk across the stream on the exposed stones. 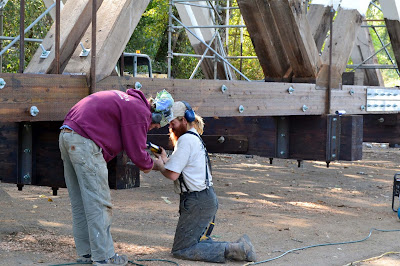 Hoffman Bridge was scheduled for restoration and Gilkey Bridge was closed and off its base while construction workers were giving it a face lift. 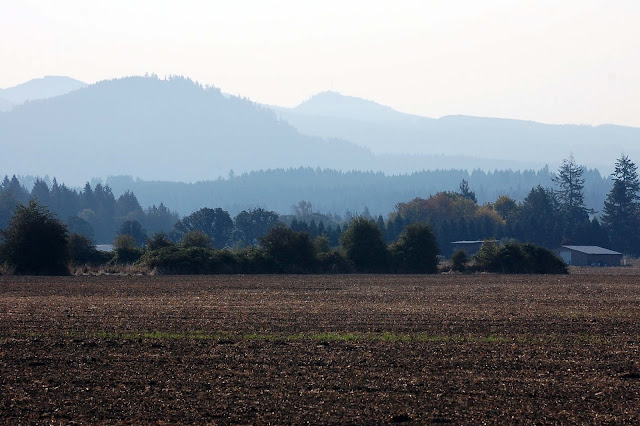 Even though the weather was sunny the skies were hazy and full of smoke. There were forest fires to the south in the Three Sisters Wilderness and another wildfire burned to the north along the Columbia River just upstream from Portland.

To add to the smoke, farmers were torching their grass-seed fields after harvest to clean them of disease and weeds. Eastern Oregon is well known for its soggy, mossy wet weather but this wasn’t my experience this trip.
Posted by Leenie at 7:08 PM

Thank you for the lovely tour!!