After being right in the path of the total solar eclipse in August of last year it was a bonus to learn there would be another show put on by the moon at the end of January. 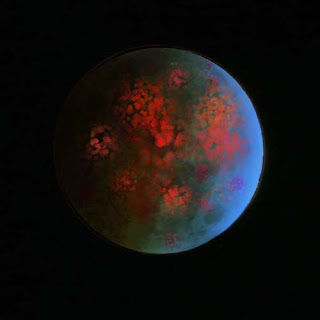 Astronomers were saying this kind of lunar event hasn’t been seen since 1866---or 1982.

So I got up before dawn to see the second full moon in a month (blue moon) happening when the moon is supposed to be larger and brighter because it is closer in its orbit (super moon) which ALSO coincided with a total lunar eclipse (blood moon)—BUT the sky was cloudy.

Since I was already up I decided to put on my warm clothes and go for a walk. 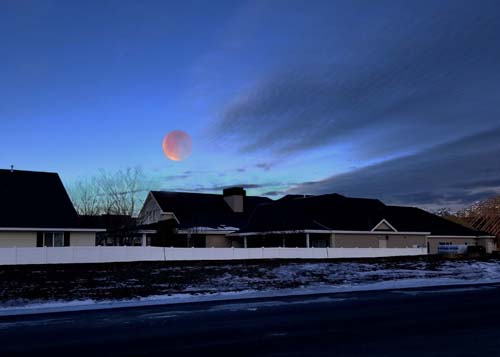 I walked out into the street just as the clouds were beginning to break up so I got a good view of the moon coming out of the earth’s shadow.
By the time I’d crossed Main Street and made my way to the park… 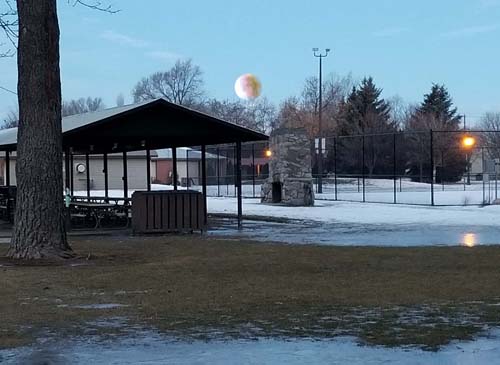 …the day was beginning and the big full moon was returning to its normal brightness. 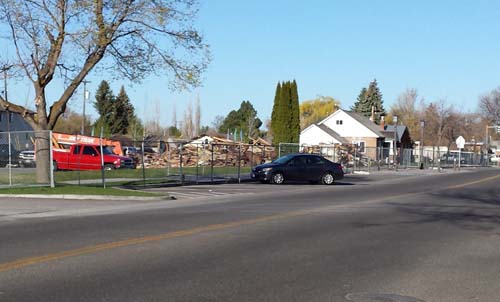 This neighborhood which was leveled in the spring of 2016… 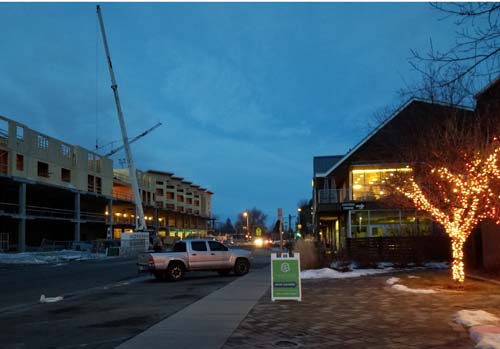 …now looks like this.  It is with mixed feelings that I watch our little town turn into a big town.  More stores mean more convenience. 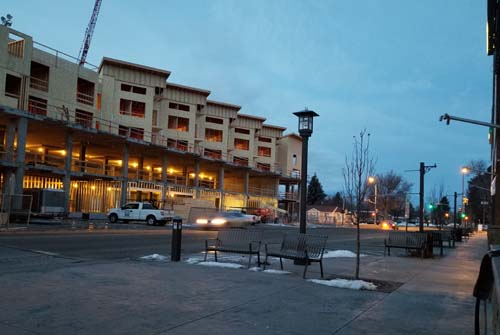 But more people also brings more traffic and more crowds.   We try to hang on to the small town friendliness but it seems to be leaving with our open views of the skies.
Posted by Leenie at 6:55 PM

You got some really nice pictures, even with the clouds! Being on the east coast, just as the earth's shadow began to come across the moon, it moved below the horizon. In other words...we missed it!

WOW! To all your photos! Very good.

As for your town (sigh) you are now a BIG CITY!

wow, Leenie, the photos of the moon are crazy good! , and, yes, little towns get ruined , called progress or some such justification. I do not like it at all, Bellingham has became the worst!