Part two of the account of my trip to Washington State. The distance one way is 840 miles (1352 km).

When gold was discovered in Grasshopper Creek in 1862 it did not take long for a crowd of guys to show up looking for more of the shiny stuff. Soon a mining camp was established. 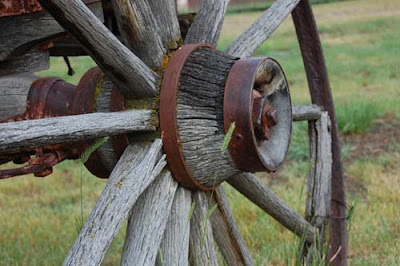 The inhabitants decided to name the place Bannock for a tribe of Indians in the area. However, the name was misspelled when it was submitted to Washington D.C. for a Post Office. In very short order stores and saloons were built and the Hurdy Gurdy Girls arrived. 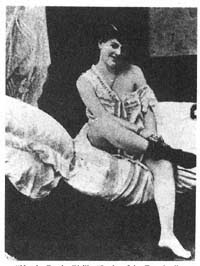 photo scanned from info brochure
The new sheriff turned out to be one of the bad guys so a mob of vigilantes lynched him and his gang. By the next spring the population had swelled to 3000. When the Montana Territory as organized in 1864, President Lincoln appointed Sidney Edgerton Territorial Governor. 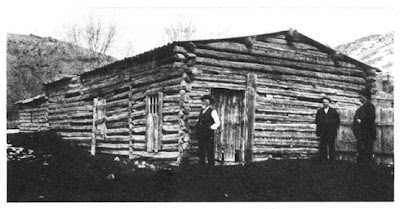 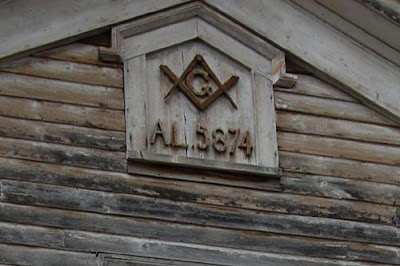 constructed a building with a Masonic Lodge on the second floor 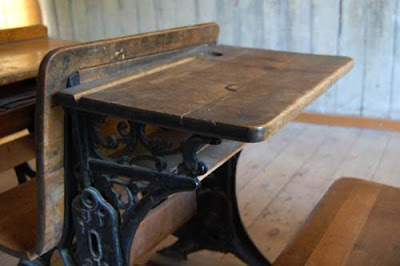 and a school on the ground floor. A nearby bloody battle between Indians and the U.S. Infantry threw quite a scare into the town’s inhabitants. 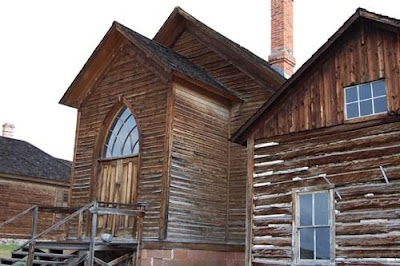 The traveling minister took advantage of the situation and was able to talk the people into building the first and only church in Bannack. Then the railroad went through nearby Dillon and the gold played out. 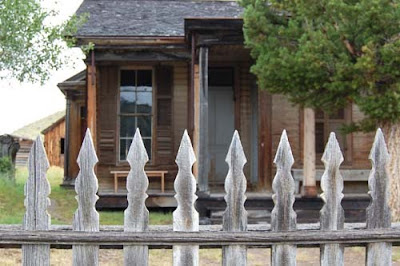 The town emptied and Bannack, once the proud capital of the Territory of Montana was essentially abandoned. The ghost town of Bannack is now a state park. 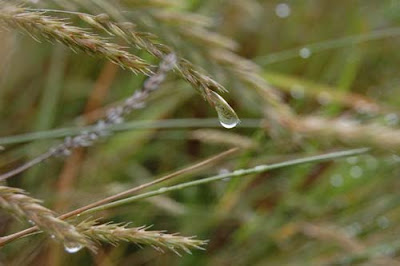 The day I arrived the single empty street was muddy from the night’s rain storm. 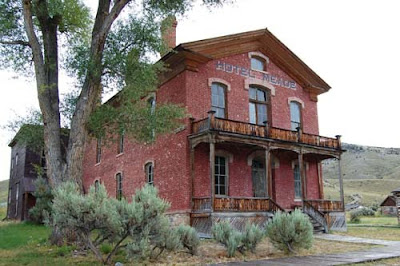 I paid a fee at the office and walked by the Meade Hotel, once filled with travelers who ate their meals at tables graced with white linens and fine china. The only one who stays there now is the ghost of a girl who drowned in a mining dredge. The church was locked, but one of the houses was open for visitors. 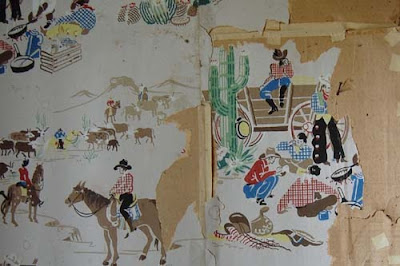 The rooms were empty but still bore wallpaper put up by the last owners. 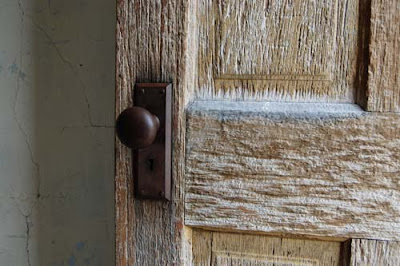 Time and history hung thick in the air along with the sour smell of decaying wood. Other visitors were a mom and dad in shorts and flip-flops reading loudly from the information brochure. They were followed by a couple of sullen teenagers dragged from their motor home--fingers still twitching from their electronic toys. A group arrived on motorcycles and wandered through the buildings. They were togged out in full black leather Sturgis gear. From their gray hair and hobbled walk I guessed they were on their way home to jobs as dentists and accountants. 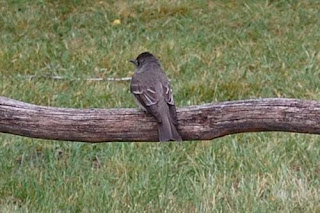 Bannack- I have never heard of Bannack - how cool! Nice that you were nearly alone to wander through time worn history- hope the little girl ghost didn't hitch a ride with you...
LOVE the photos!

Fascinating Leenie! I love those old towns, they look remarkably similar to ours in country Australia, and guess there is a similarity with the gold-rush connection. You have inspired me to Google "Ghost Towns" in various countries to see what comes up.I would certainly like to visit that place!

Bannack sounds like an interesting place to visit now, and the source of unending cowboy movie plots then!
Great photos. Makes me want to stop by there sometime.