Saturday morning DH and Beavis got up early, crashed around the house and were gone fishing before I could even roll over and gaze at the clock.  When I finally did get up I looked at the loads of laundry and the sticky floors and wondered why I should blow a sunny day doing housework.  I was soon out the door with my camera and on my way to a local marsh to give my telephoto lens a workout. Heh.
I stopped at a site along the bank of a pond lined with cattails and reeds where all kinds of waterfowl hang out.  I found a good place and settled down to see what would float by.  I wasn’t there more than a few moments before I was spotted by a marsh wren. 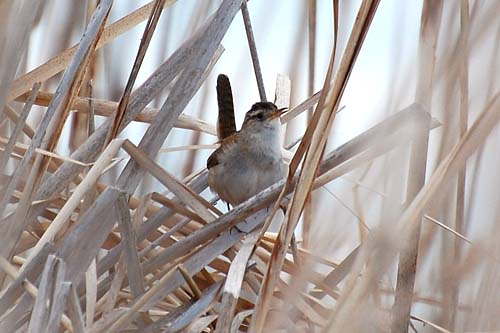 He was only the size of my thumb, but he was furious that I would encroach on his turf. 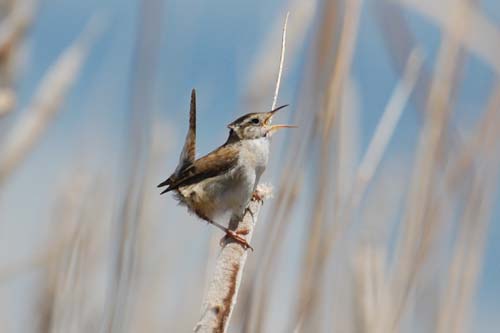 He screamed out a rush of sputtering and squeaking that didn’t stop even when I moved to a new location.  He changed position with me and kept up the tirade.
Still I was able to see a lot of waterfowl and get some good photos.  I’ll post some of them later.
While I sat there I got the feeling I was being watched. 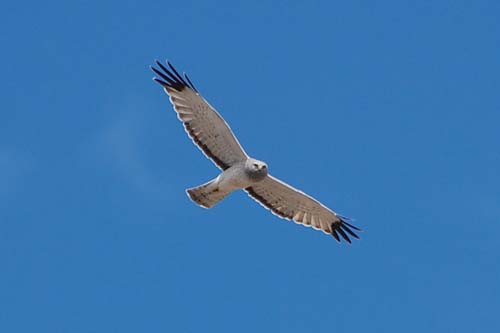 Two hawk eyes were giving me the stare down.
I later learned this guy was probably a Marsh Hawk or Northern Harrier. 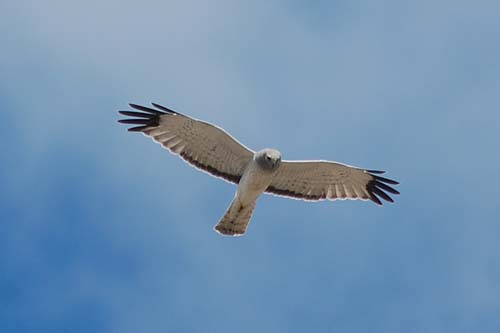 He was cruising the place for rodents. 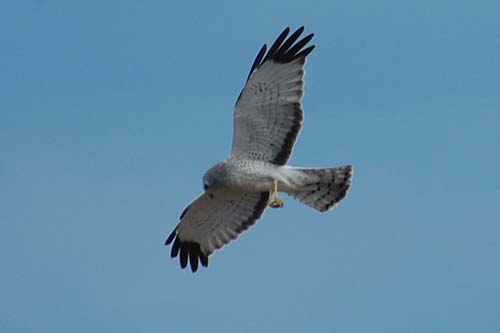 Suddenly he lowered his landing gear and dove into the bulrushes. 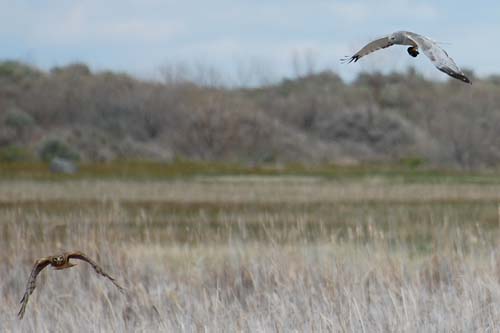 He came up with a mouse in his talons,
but was immediately met by another hawk, this time a female harrier. 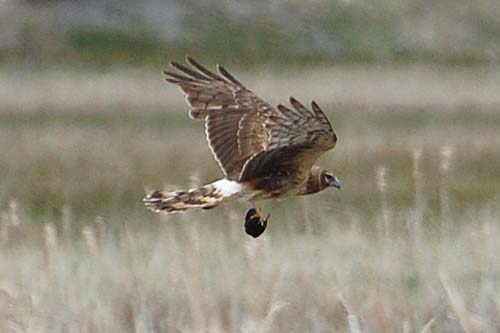 She dove at the male, made him drop his prize,
caught it in the air and flew off with it.
She probably had a nest of babies to feed. 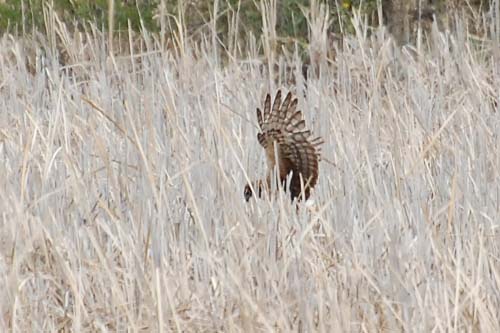 Because she was soon back to dive for another mouse. 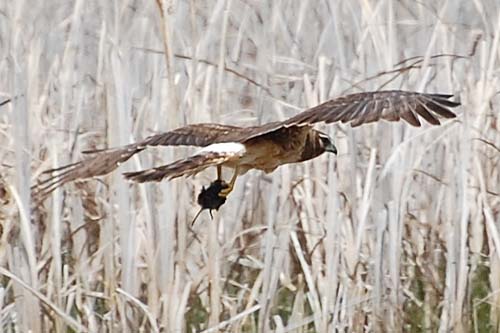 And was away again to feed her brood.
I spent enough time there to get my nose sunburned even though I was wearing a hat. I drove home slowly with the radio off and the windows open, savoring my day of freedom. The guys came back about the same time with a load of fish.
The day would have been perfect except when I got out of my car I saw that I’d lost a hubcap during my expedition.  I was plenty irritated because those cheap looking plastic circles cost a wad to replace.  I went over the drive in my mind and remembered hearing an odd sound as I rounded a corner off in the farms near the marsh.  I decided to retrace my path just to settle my mind. 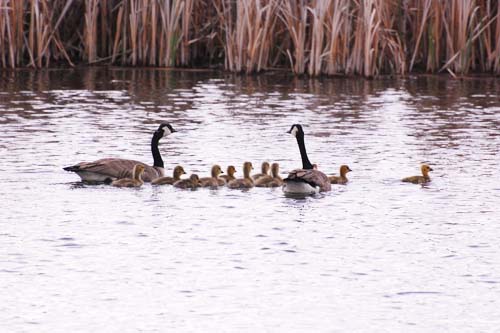 The hubcap wasn’t on the road by the marshes, but I saw this instead.
Canadian Geese parents hustled their brood across in front of me and hurried them off to shelter.
I drove on to the curve where I remembered hearing the odd sound and found my hubcap in the grass by the road.
Posted by Leenie at 10:15 PM

What a great way to spend the day..and your photos are excellent! The Hawks are beautiful:)

You lucky thing, finding that hub cap. I lost a cover on my holiday, leaving it on a bedside table in a hotel - when I returned they had thrown it away (it was very tiny)/ That wren is so perfect I can almost hear its shriek of 'get away from my territory'.

Glorious way to spend the morning!! Your pics are fabulous. Wrens are my favorite birds--so bossy and yet so tiny.

What wonderful pictures, and such drama!

Oh what a lovely way to start your day!

I think you made the right choice, Leenie! :)

Those shots of the hawks are fantastic! Such gorgeous creatures.

Glad you found your hubcap!

You know that hub cap fell off for a reason don't you? Fantastic shots. That lens works great with a great photographer behind it. Thanks for the great trip. B

Success all round! Great photos of a wonderful day.

The hawk is beautiful but the geese are my favourites-so sweet the way they are between the parent birds.

Workouts are good. Looks like your workouts are better than most. :) GORGEOUS hawk shots. And congratulations on finding the hubcap!