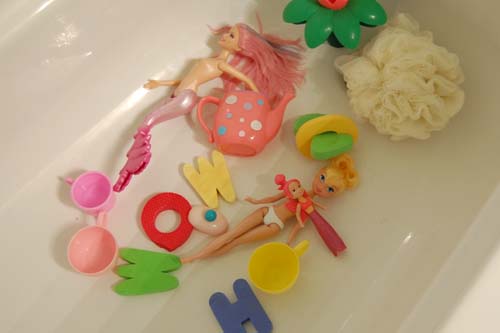 We spent two days at a place in where Barbies live in the bathtub.
experts say their mountains have received something like
four hundred percent of average precipitation over the past few months.
To say spring runoff is filling streams is an understatement.
The Bear River runs just a couple of hundred yards from our daughter’s home in . 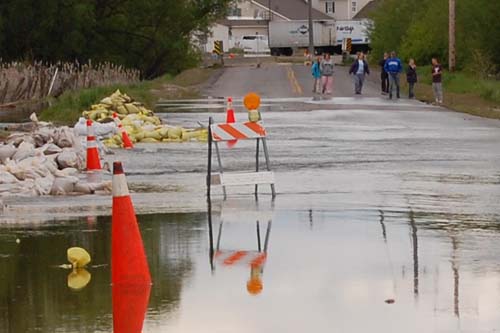 Sandbagging to contain the overflow was a wasted effort. 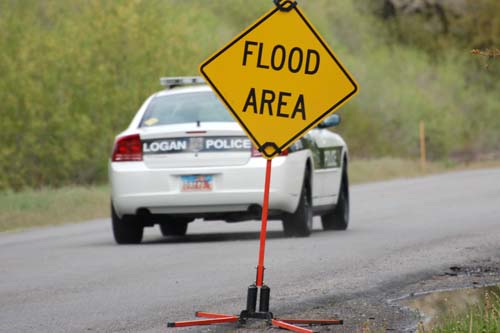 Now that street is closed and barricaded to prevent through traffic.
Daughter’s house has a sump pump for keeping ground water out of the basement. 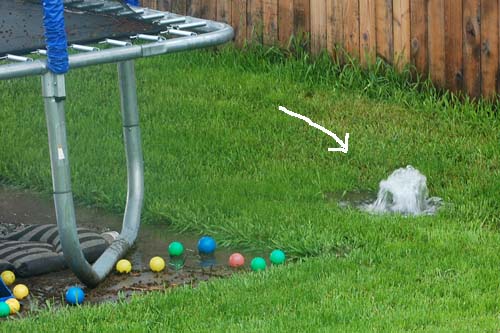 has been running almost constantly.
The outlet shoots a small geyser up in the back yard
just downhill from the house. 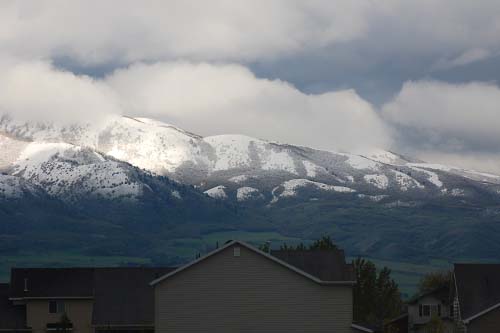 The night we were there MORE snow fell on the surrounding mountains
and it rained most of the day. 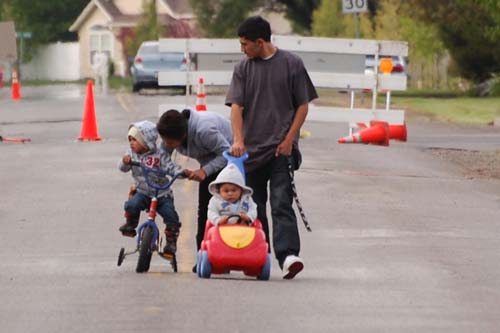 The silver lining to all the storm clouds is
the closed street has become a great place for walking and riding bicycles. 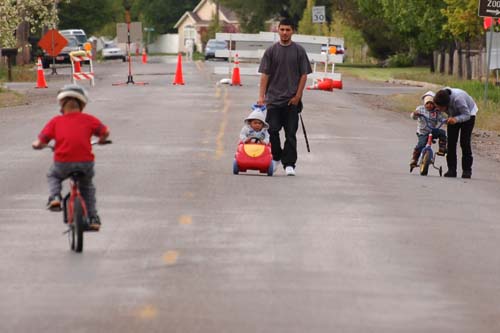 Just put on a helmet, get out that two-wheeler and GO. 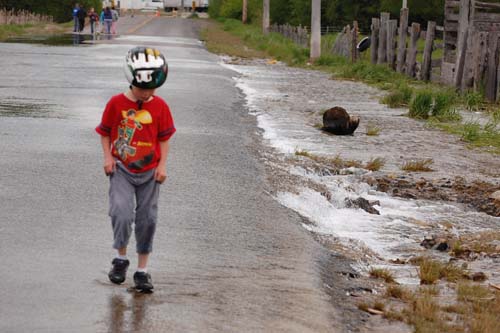 Of course water is an even bigger draw. 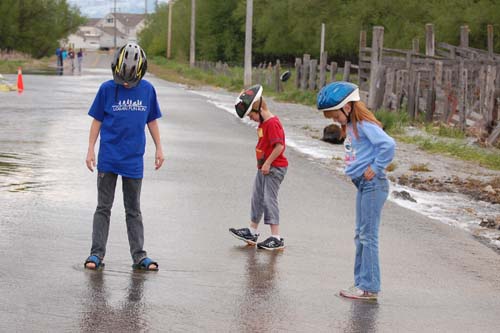 So much so that bicycle helmets stay on during a careful wading expedition.
Posted by Leenie at 10:28 PM

WEATHER ! Yup! but wait - why is this happening everywhere? The Republicans were sposed to stop it with denial and the democrats were sposed to put saran wrap over the hole in the sky...Dang, guess we better get used to global shift! Still wearing winter gear here, sunshine still being a flirty little tart, fickle and , well, just not here very much of the time.
I like how they have done up their bathtub, clever decorating with Barbies...

Oh Leenie I have to say these are excellent photos. I am sorry about the worries of your daughter. So many people are dealing with this issue. In the Canadian west they are dealing with extreme dry and forest fires. The weather does rule us not the other way around.
Love Barbies in the tub. B

I pray your daughter's family should live safely in peace.

The weather really has been crazy everywhere this year!

That is some serious geysering from that pump!

I have to say, though, that the mountains look magnificent in their snow coats!

I've heard a lot of explanations for the weather, but not that it is politicians to blame!!
I hope your daughter's house survives the floods ok!

This is some year...here people have too much water and Texas is burning up.

That IS alot of rain! The kids look like they are enjoying the extra splashing, though. Perhaps summer will be extra lush where your daughter lives? Fingers crossed that she and her family and neighbors will be safe and the inside of their houses dry!

I love the barbie's escaping to the bathtub. What a well thought out plan for them. I hope the flooding doesn't get any worse though.

Bicycle helmets and wet feet are all the rage around here, too! (As is Barbie bathtub decor.)