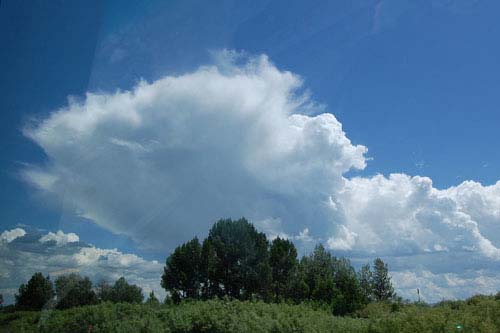 While traveling on our way to the woods
I noticed a big thunderhead forming on the horizon. 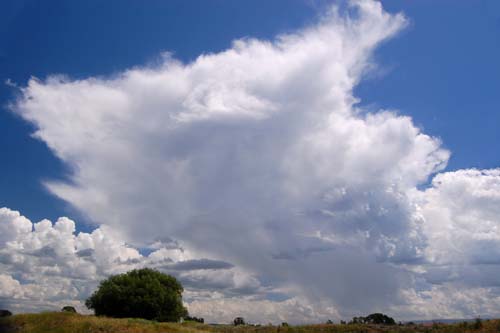 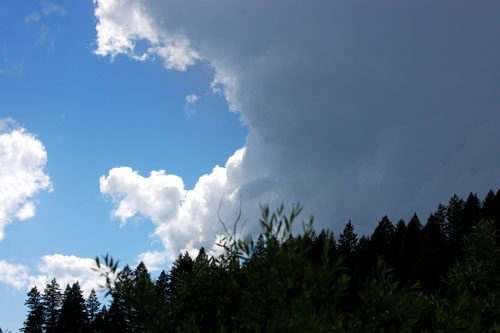 By the time we reached the campground, the sky was
filled with potential storm. 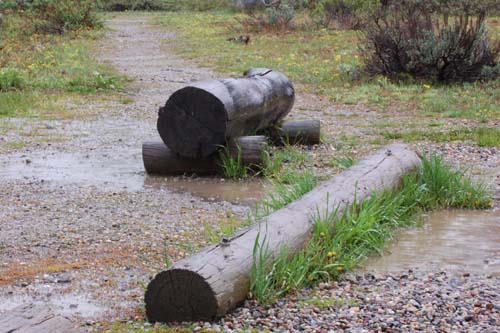 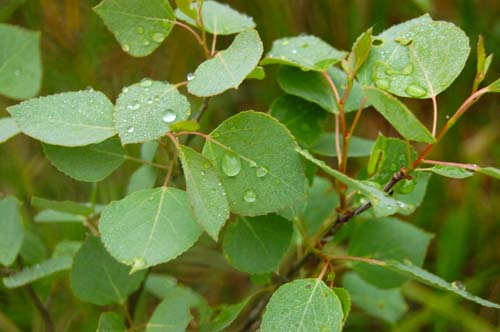 But it was just a passing cloud burst. Soon the air was clear... 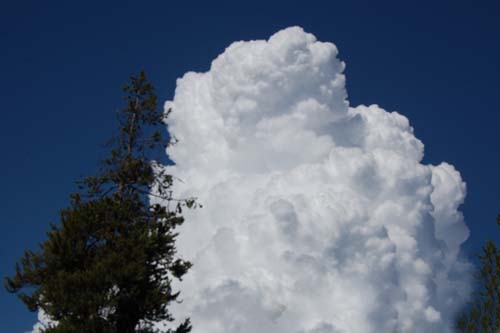 ..and the big cloud moved on to dump elsewhere.
The loaded mini-van pulled into the only remaining campsite. Four children leaped from the vehicle and began feverishly unloading gear and setting up the tent. The boys rushed to gather firewood, while the girls and their mother set up the camp stove and cooking utensils.
A nearby camper marveled to the youngsters’ father, “That, sir, is some display of teamwork.”
The father replied, “I have a system — no one goes to the bathroom until the camp is set up.”
~~~~~~~~~~~~~~~~~~~~~~~~~~~~~~~~~~~~~~~~~~
There were these two guys out hiking in the woods when they came upon an old, abandoned mine shaft.  Curious about its depth they threw in a pebble and waited for the sound of it striking the bottom, but they heard nothing.  They went and got a bigger rock, threw it in and waited.  Still nothing.  They searched the area for something larger and came upon a railroad tie.  With great difficulty, the two men carried it to the opening and threw it in.  While waiting for it to hit bottom, a goat suddenly darted between then and jumped into the hole!  The guys were still standing there with astonished looks upon their faces from the actions of the goat when a man walked up to them.  He asked them if they had seen a goat anywhere in the area and they said that one had just jumped in the mine shaft in front of them!  The man replied, "Oh, no.  That couldn't be my goat, mine was tied to a railroad tie."
Posted by Leenie at 11:13 PM

the skies are beautiful, and so is the hint of rain! :) cute jokes. poor goat!

Oh what fun. I wonder if the goat came out of a mine shaft in China.

Love those jokes - they really made me laugh. Just the jokes to be told round the campfire.

Hilarious. I want to thank you for making me laugh today. Not laugh to death. I loved your comment on my blog.
I love your pics. Cool. B

great clouds....could you send them our way!!!

NOOO the GOAT!!!!The shots of the cloud are simply incredible- never see them like that here! Those are michelin clouds -hefty beefy no nonsense clouds!
I may not go to Orcas this time- Enjoying my time alone actually.

Beautiful sky shots! Thanks for sharing the storm without getting us wet.