As I’ve mentioned before, we live less than two hours from .
I’ve been there often and have taken a of photos… 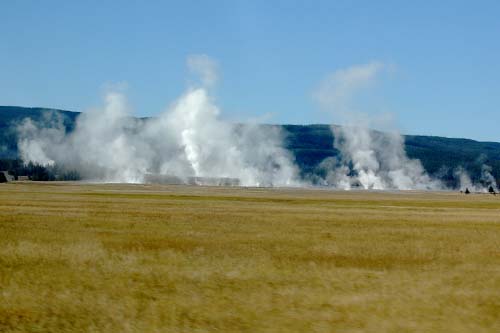 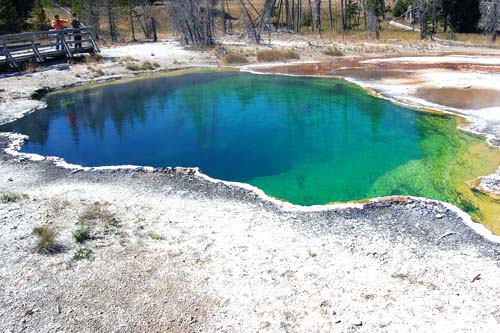 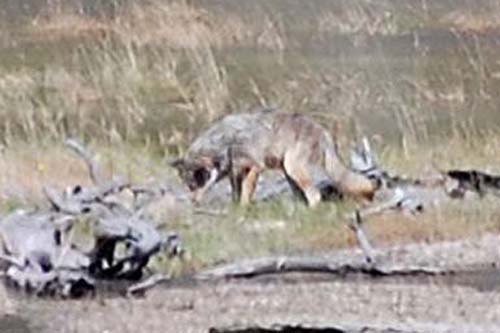 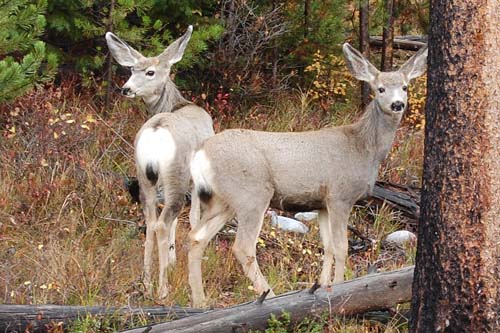 Deer and elk and moose… 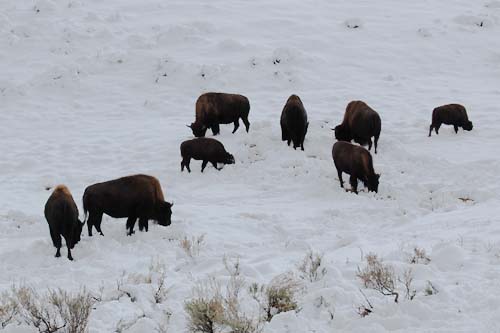 Countless amounts of buffalo in every season of the year… 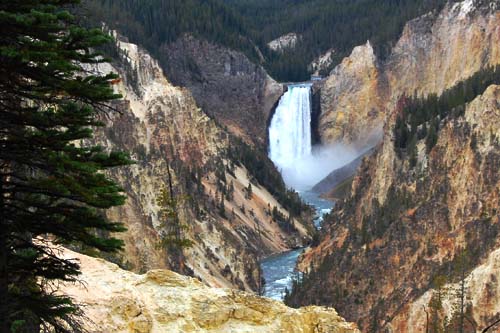 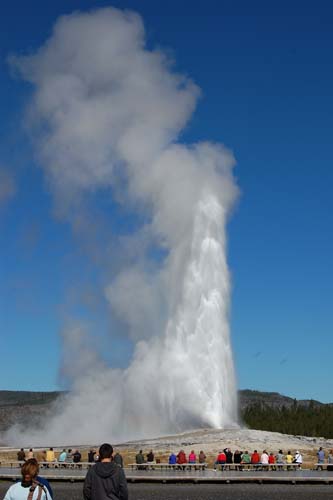 And then there is the star of the show—Old Faithful Geyser.
shoots thousands of gallons of boiling water
almost two hundred feet in the air every sixty-five
to ninety minutes depending on the length of the last eruption.
Explorers discovered back in 1870.  Of course the native people knew about it long before that.  The explorers recorded using the geyser for a laundry.  They said garments placed in the crater during quiescence were ejected thoroughly washed when the eruption took place. They found that linen and cotton fabrics were uninjured by the action of the water, but woolen clothes were torn to shreds.
Now no one is allowed near the crater; but tourists show up all year round to watch the water gush into the sky.
Anyway, I have a pretty good collection of photos, so the other day when we went with some family from I didn’t drag along my Nikon camera with the huge zoom lens. 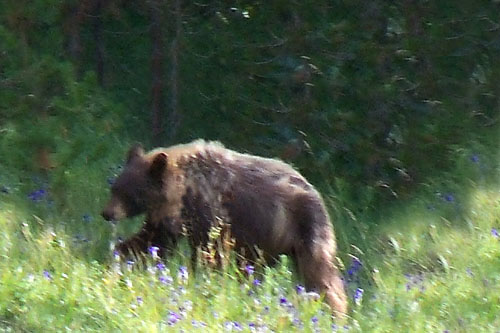 So when a bear wandered across the road in front of us
the only camera I had was a little Powershot in my purse. 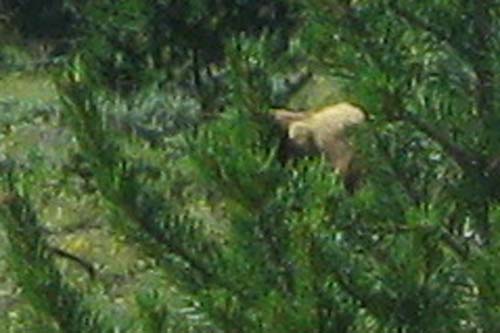 I haven’t seen a bear in the park for years.
For the safety of all involved bears have been
discouraged from frequenting people places
even though they were there first. 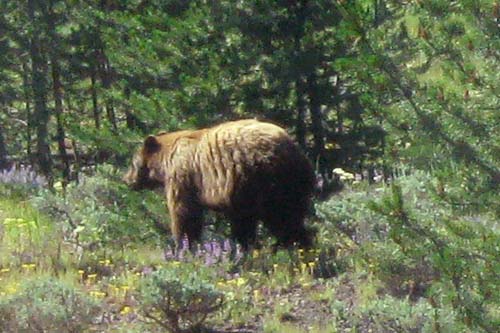 As we drove slowly by Mr. Bear moved off into the trees…
nd went on about his bearsness.
For your further entertainment---a shaky video of the famous geyser.
Posted by Leenie at 1:28 PM

Love the beautiful photo of the Falls, and, yes, I stood there and gazed at the same scene a couple times over the years.

Very cool! As far as Yogi goes, I already have enough problems with his smaller black cousins so he can just stay in Yellowstone....or is it Jellystone?

I haven't been to Yellowstone in years -- in fact, I believe that last time I visited was on an 8th grade field trip and I took part in a beautiful outdoor wedding that the bus driver performed for me and my boyfriend while the class applauded . . . I wonder if that has been annulled, btw?

Lovely to be reminded of all that natural beauty (as well as the folly of youth!) Thanks, Leenie.

how cool is that?! all of the nature there is so beautiful!

What an impressive place-so much to see! I can't believe that people leave before it has finished spouting! It looks great!

Looks an amazing place.I would love to bathe in that multi coloured pool. How do you explore, do you have to be a tough outdoors person?

great photo's of what appears to be an awesome place!!

i often wonder, how does nature happen, really happen. all that beauty & magic in one place!!

Yellowstone. What a beautiful, beautiful place. Haven't been there in years but it's a part of the U.S. that you want to show to everyone.

I live in the city, but often vacation in the wide open spaces. It's soothing just to know it's there...

Back in the day, before hoards of tourists, we spent our summers close by. It was good. It was amazing- last time I went through it was HORRID! Probably a lot like how Venice feels...The splendor- loved to death!
LOVE bear- people don't understand them very well really- I identify with bear and I do love berries!!!

I remember nears EVERYWHERE when we used to go there as a kid. I didn't know they were rare finds now.

My daughter wants to go to Yellowstone just to see wolves.

Oh I have always wanted to go there now I never have too. LOL Not really these photos make me want to go more.
I like your bear pic, that is the only camera I own so I guess that is why.
It would be wonderful to visit this place so often I bet you see something different every time. Thanks for the tour. B

been there a couple of times..some day I will blog about it. One time was no fun at all..too many people. It is a beautiful place. I never leave home without my camera..it is like part of my Grandma Uniform. If I leave it at home I see something I wish I had it for. That looks like a big old bear..wouldn't want to meet him in the woods:)