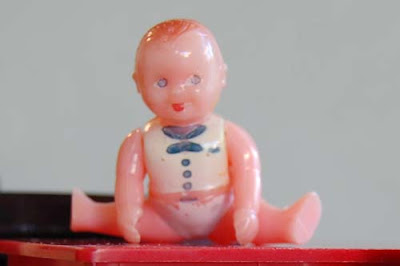 A handsome baby named Wally has come all the way
from Hamsterville to live at our house. 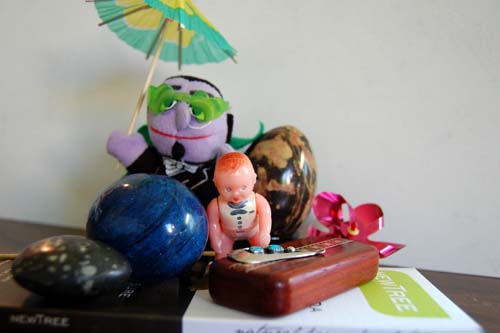 Wally came bearing all kinds of gifts and booty.
The Count got out of his coffin to welcome him.
The Count was smart enough to know he had to
wear sunglasses and carry an umbrella so could be out during the day.
Count was excited (eggsited?) to see the new blue egg
that will go so well with his chocolate caramel egg.
Leenie was excited to see the super dark chocolate bar
that came in the bottom of Wally’s box. 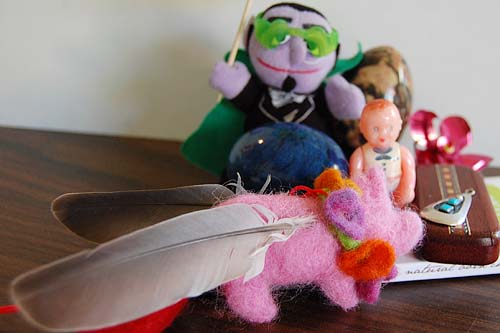 Leroy Kosher is glad to welcome Wally.  Leroy wants
to show off the wings he’s earned since he arrived in .
As soon as he learns to use those wings
he will be busy making liars out of a lot of people. 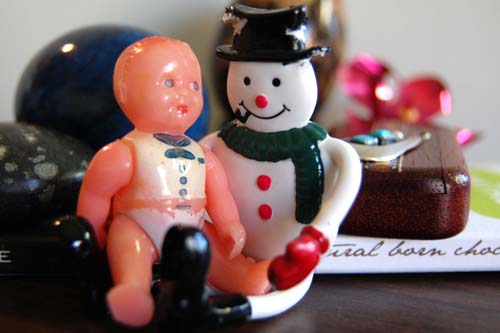 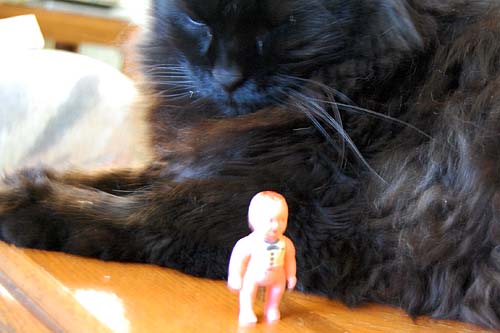 Wally runs away from Mr. Snowman and finds another resident of
this crazy place.  Is Thomas Speedbump a friendly cat? 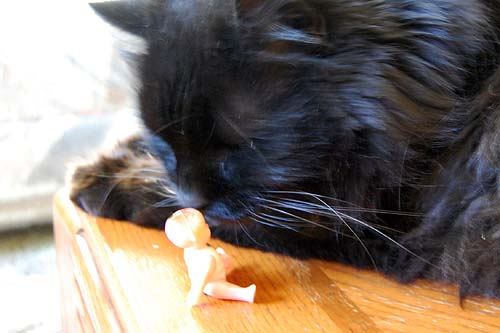 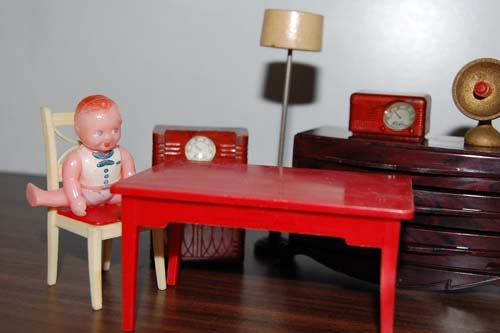 Wally is introduced to his new digs.
He loves the cool retro furniture and especially the two radios.
The big radio even has a turntable to play old 78 vinyl records. 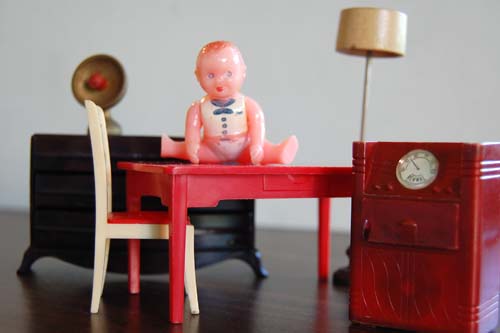 Wally is a baby so he doesn’t think twice about crawling up on the table. 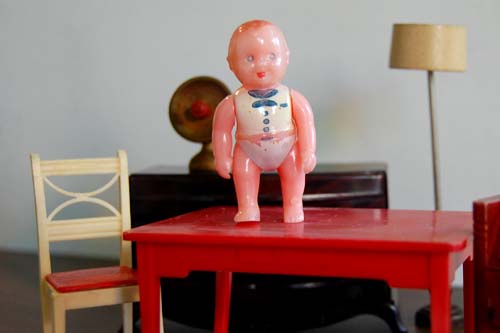 In fact he has no problem standing on the furniture in his new place.
He just has one question.
“By any chance does a big guy named Sluggo live here?”
Posted by Leenie at 7:33 PM

Whoa nice digs for baby Wally! What a lucky guy! He is going to have to get some new duds for when Mr. Snowman asks his friends over for the ENTIRE WINTER! That baby is cold already- see his nipples!

lol! I loved this, Leenie! Wally is in for a world of fun in his new home. How many babies have their own turntables? :)

Wally is very cute indeed - if a little bit naughty climbing on the furniture!

Wally is very lucky. Cool furniture and oops forgot where I was going I am still fixated on the dark chocolate. B

I hope you will keep us up to date with Wally's adventures.

Is it just plain Wally or is it Mr Wally? He could have his own videos I am sure of it! :)