I have quite a collection of swimming trumpeter swan photos. 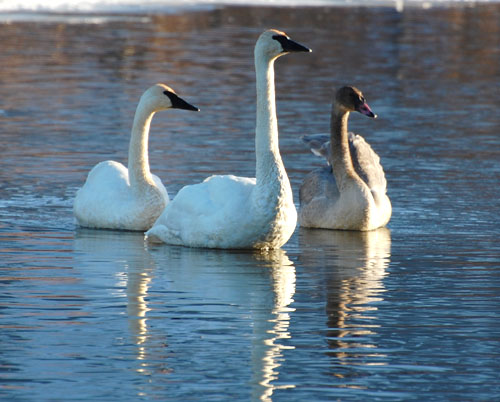 Swimming swans are fairly easy to photograph.
But catching them on the wing is a little more of a challenge.

I learned of a nearby wildlife refuge where grain fields next to some ponds are left unharvested.
Migrating birds stop and rest there and get a little fast food before traveling on. 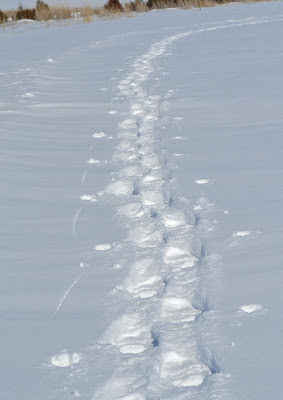 No motorized vehicles are allowed so I strapped on my snow shoes
and brought along my camera to see what I would find. 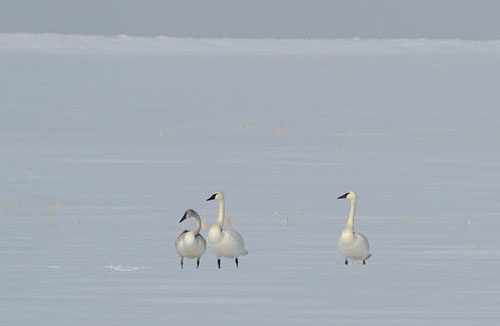 At first I only saw one or two birds.

Then I located dozens and dozens of them.
Trumpeters are named such because their call sounds like a honking horn.
This flock of birds sounded more like a traffic jam of taxis.

They are huge birds.  Standing flat footed they are around five feet tall
and the adults have a wing span of over seven feet. 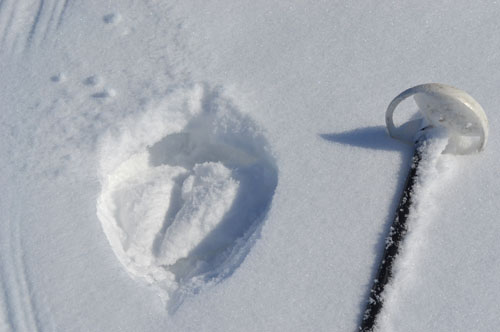 My ski pole near a trumpeter’s track. 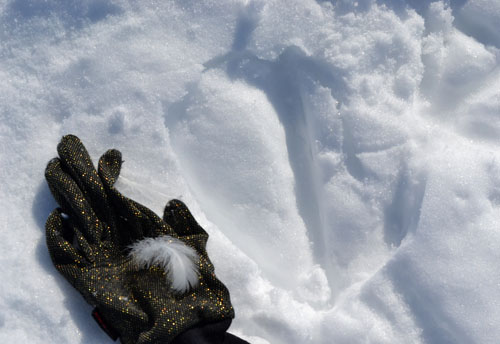 Their feet are twice the size of my hands. 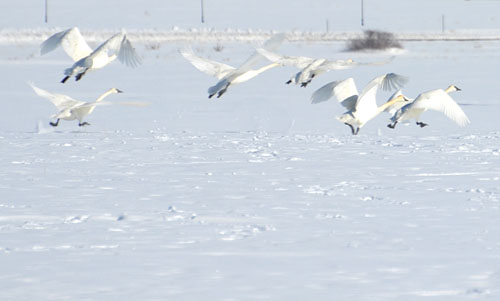 They weigh between fifteen and thirty pounds so it takes a good run
for them to get off the ground. 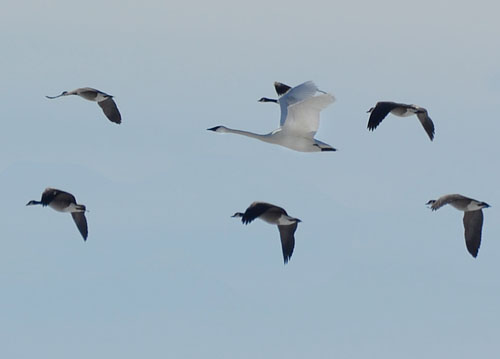 Here you can see how much larger they are than geese. 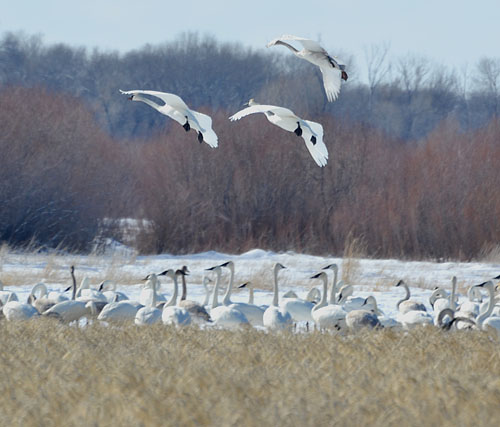 Over by the grain fields there were hundreds more of the big birds.
They were having quite a dinner party.

Anyway, I got plenty of photos. 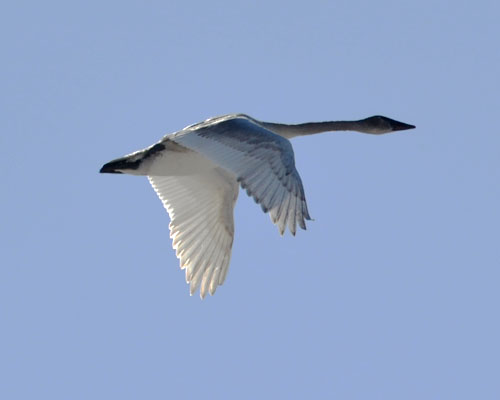 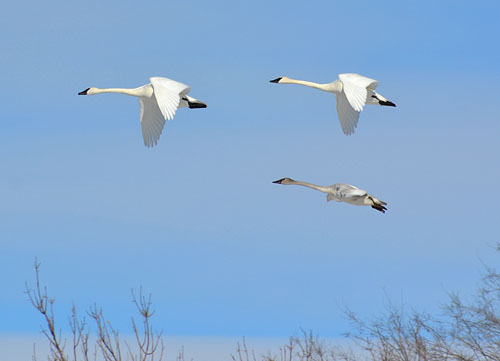 Three coming in for a landing. 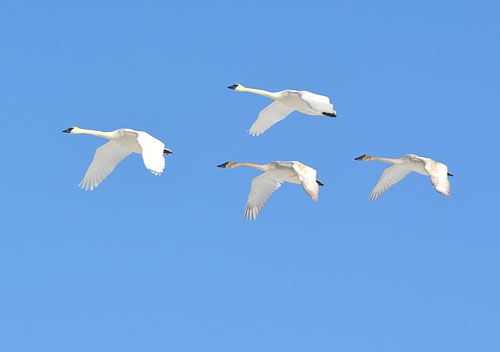 I took two hundred photographs,
but I edited them down to about a hundred.
Guess I have a few shots of flying swans now.

Here are a few seconds I recorded of their honking.
I was trying to shoot in full sun off the LCD monitor of my camera
so I had no clue what kind of video I was getting.
The clackity-clack sound is my auto-focus freaking out.
I've got a lot to learn about taking videos with this new camera.

Amazing pics! Thanks for sharing!
Do you suppose the gray ones are last years young ones?

Yes, the grays are the adolescents. They keep their gray juvenile plumage until the second winter.

Coudn't you get at least one picture of Seven Swans a swimming?

Gorgeous flight captures, Leenie. I love their sound - there's no mistaking it for any other bird, is there?

Those are some big honkin' critters!

As usual, your wildlife photos are so pretty. I had no idea that those swans were so big!

The blue sky and white snow contribute to the visual texture. Lovely pictures.

Good Heavens!! Those are huge feet...I would have never thought!

Lovely photos, so poetic... thank you for sharing the experience of being surrounded by that amazing noise, I can imagine it well in real life.

Gorgeous birds!
Thank you for sharing their lovely voice.

Loved the glove next to a foot print. I had no idea...

Our swans are nowhere near so big - I find the thought of a swan that size quite scary!! Fabulous photos!!

When i left wisconsin, I thought I left the trumpeters back on the st. croix river.

Imagine my surprise when one early montana spring I thought I heard them in the air here - "Impossible!" i thought.

you confirmed it for me with your beautiful photos...thank you!