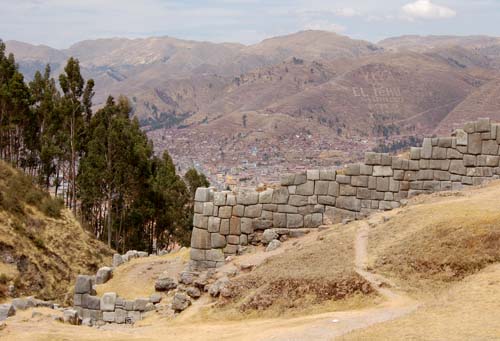 The Inca fortress of Sacsayhuaman overlooks the city of , at an altitude of over of eleven thousand feet (3,400 m) above sea level. 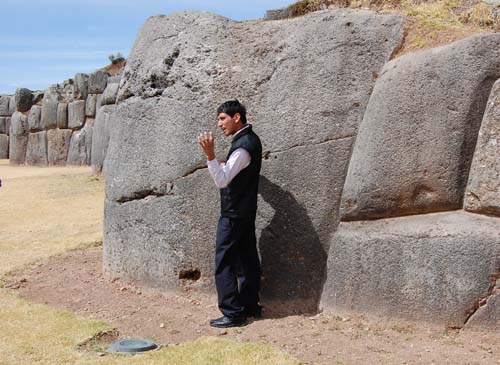 The area consists of massive stone walls; each stone fitted together with absolute perfection.

When the Spanish conquistadors, led by Francisco Pizarro, arrived in in 1534, they were met with little resistance.

was retaken two years later when the rebel Manco Inca Yupanqui and his forces took the fortress of Sacsayhuaman and used it as a base to attack the Spanish. However, after weeks under siege the Spanish broke through the Inca defenses, scaled the walls and overwhelmed and slaughtered the natives. 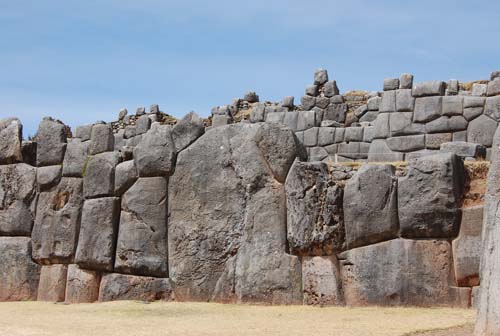 The precision of the construction combined with inward leaning walls is thought to have helped the ruins survive devastating earthquakes. 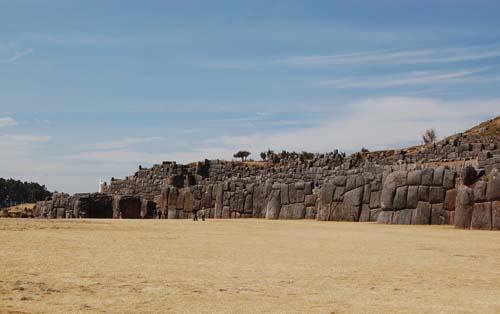 Unfortunately, only foundations of the fort remain today.  The three towers and most of the walls were demolished block by block by the Spanish for building materials for their .  Today only the stones that were too large to be easily moved remain at the site.

DH and I visited this ancient stronghold with a group on a tour through southern . 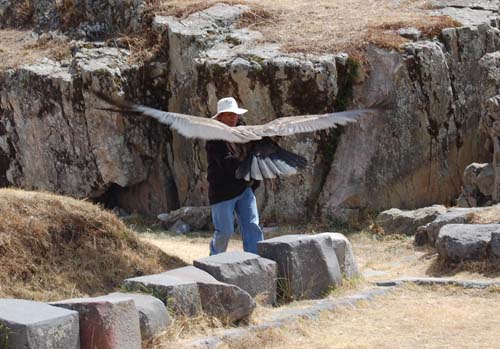 While we were there a gentleman arrived bearing a huge Andean condor. 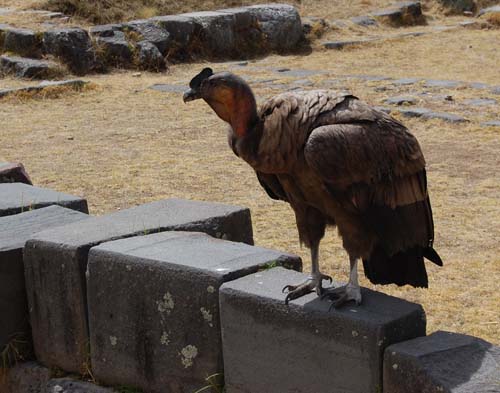 He set the large bird on a stone wall and was quickly surrounded
by camera clicking tourists.  (Myself included.) 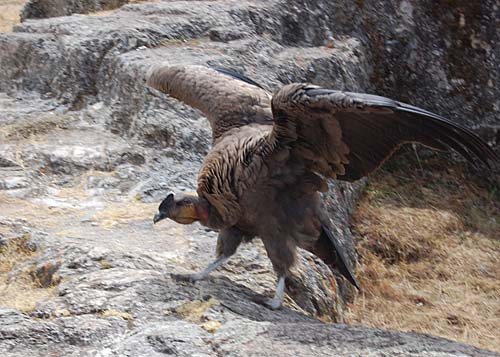 Everyone scattered when the condor spread its colossal wings and took to the air. 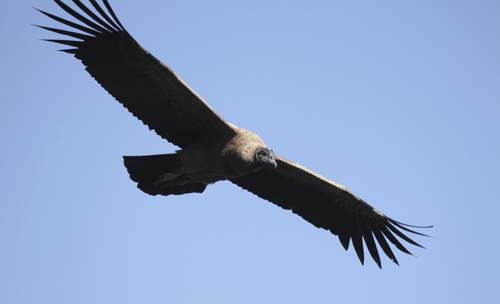 After circling the area he settled down, was gathered up and carried off. 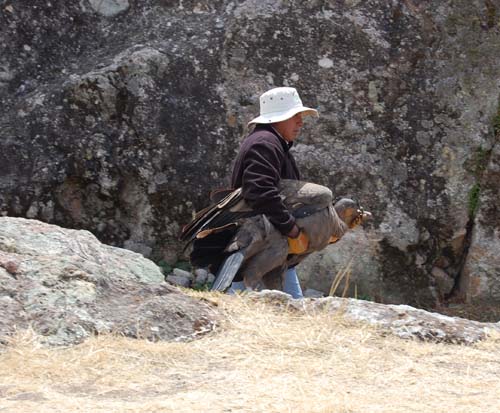 Away, I'd rather sail away

Like a swan that's here and gone.
A man gets tied up to the ground
He gives the world its saddest sound

Such an interesting post Leenie.
That bird looks heavy!

Oh, the places there are to see out there. Someday! For now, I'm glad to visit them vicariously, through the eyes of others. That condor is one huge bird!

The scale of rocks and bird - surreal! DH really ought to have brought one of those stones back to his workshop...the bird, my gawd, how does it lift and fly? HUGE! Thanks for the look at a place I will never go in this lifetime- I tend to favor the north- I have the complexion for dark and cold...Glad you got to go there and take amazing shots ! Thank you! ( Hope you are feeling up to snuff! Thinking of you every moment)

Wow that Condor is huge I would run seeing that in the air. Love those rocks what a great time that must have been. Love your bottom words. B

What history! How fascinating! And the size of the bird! Yikes! I think even Stripey would be intimidated by a condor! :)

I loved the statement camera clicking tourists...I would have been right there with them!!

Are you feeling better and better now?

That bird is huge! But very compliant with its human friend. I have just read your last post too-glad you are ok-sounds horrible!

What amazing photos ...... and the condor is just a little bit bigger than the birds that visit my garden!!