THE RAIN, THE PARK AND OTHER THINGS

There’s a satirical expression, “The operation was successful but the patient died,” which is funny until it almost happens.  A while ago I went in for some minor surgery.  All went well and I came home the next day.  Then, due to a reaction to something or a combination of somethings, I found myself being hauled to the emergency room by DH and Beavis.  Things got kind of blurry after that.  Then I woke up in intensive care with:  an i.v. shunt in both hands, a blood pressure cuff on one arm, a catheter line taped to my thigh, a heart/blood oxygen monitor clamp on one finger and an oxygen line in my nose.  Beeping monitors went off every time I moved and every couple of hours a vampire came in and stole blood from my arm.  I felt like Gulliver waking up in Lilliput with a little hell thrown in.  When I finally got my hands free I discovered ekg stickers all over me.  'Did I have an ekg?" I asked.  "No," smiled my doctor. "We just like to put stickers all over people when they're out of it."

I stabilized over the next day and my surgeon told DH I could probably go home in the evening.  DH basically said he didn’t want me any more and they could just keep me.  By the next morning I was so crabby the hospital sent me home anyway.

I’m feeling quite well now, and I’ve tried to behave myself during the last week or so.  But I finally got such a bad case of cabin fever… 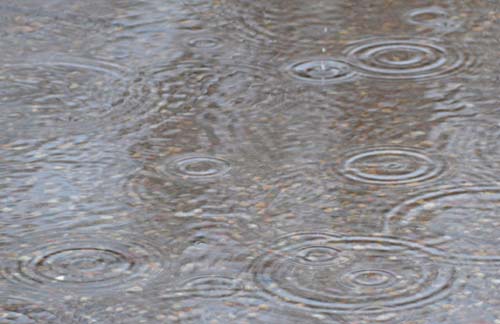 …I escaped and went for a little walk this morning even though it was raining. 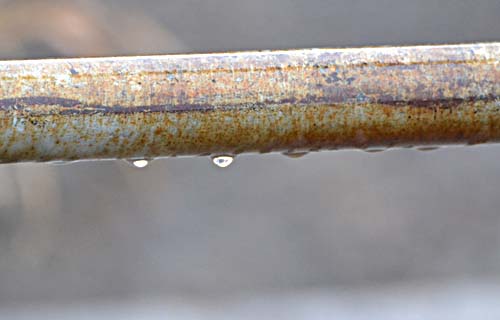 To keep myself slowed down to a stroll I took my camera. 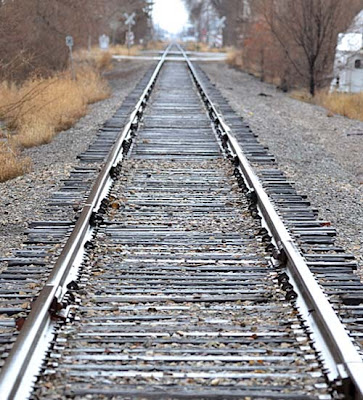 It’s just a short walk across the tracks to the park. 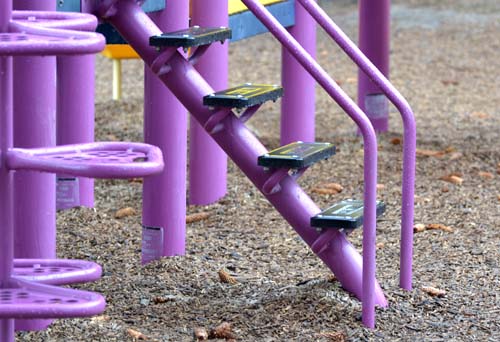 The place was empty of people… 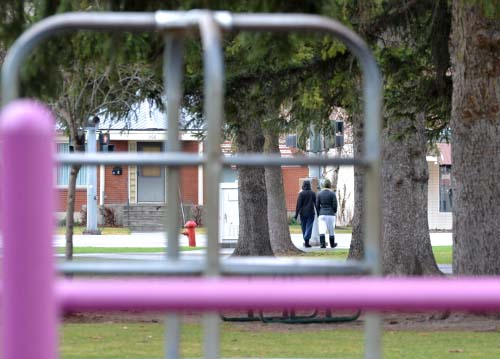 …except for some hard-core runners and a few others out for a little fresh air. 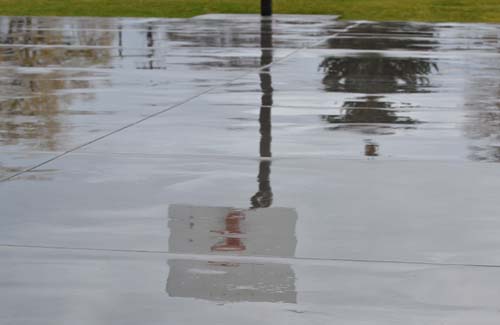 No sweaty university students on the basketball court. 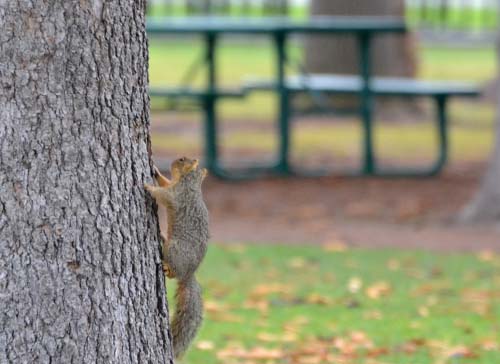 Nobody to feed picnic scraps to the squirrels. 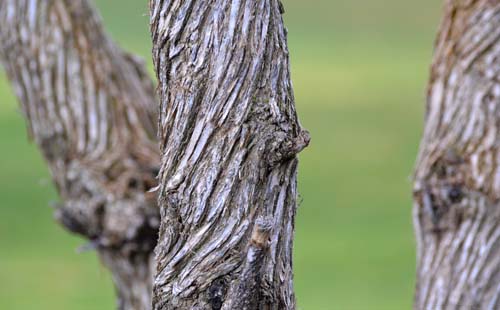 The drizzle and overcast skies muffled shadows and intensified colors. 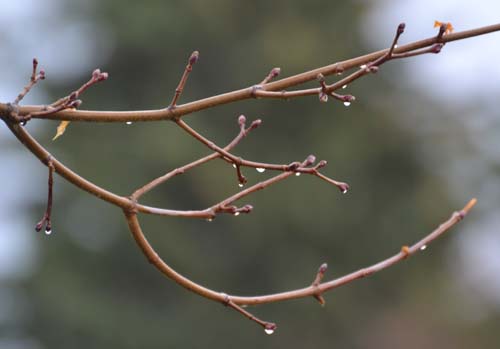 The trees reveled in the rain. 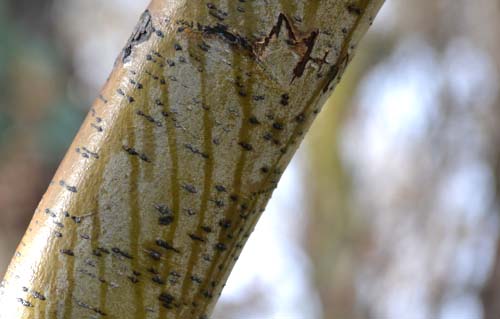 Everything in the park was bathed. A starling poked his bright yellow beak into the grass to stir up a little breakfast. 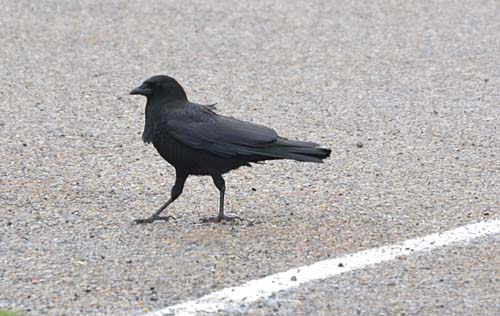 A breeze fluffed the feathers of a crow in the street. 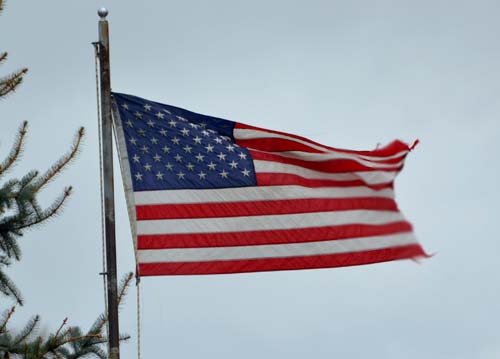 Then, to make sure I didn’t stay out too long,
my camera said its battery was dead.  So I had to go home.
Posted by Leenie at 3:18 PM

Leenie, these photos look like HERE! - and as you know if we did not go out in the rain we would not go out at all!

Holy smoke... sorry to hear about your hospital fright! Glad you are on the road to recovery now - nothing like getting out and about again after you have been unwell. Nice rainy day pics!
:-)
BB

Hope you're feeling as chipper as that squirrel! I had to make a trip to the ER the day after I went home from thyroid surgery. They did not send me a bill.

Good gravy girl...you've been through the wars. Hope everything is settled down now and you are on the mend.

Back in the day they actually let people stay in the hospital for more than a few hours after surgery. While I understand the point of earl release it is scary sometimes.

Glad you are OK.

Best wishes for a speedy recovery.

It's wonderful spending a peaceful rainy afternoon in the park with a big squirrel.o◎ｪ◎o

Glad you are OK!

That title is one of the few modern song titles that is not in the lyrics. THe song being known by many as "Flower Girl" But you knew that..

I lost a bet on that one recently.

Thanks for all your well wishes. I should be back to annoying everyone very, very soon.

I'm glad you're okay! Make sure you let yourself recover as instructed. That's really scary.

okay, let me rephrase that in political correct blogger speak-

My goodness! Are you okay?


Either way, I will share my healing wishes & good thoughts with you - you cant keep a good blogger down by these illness/allergic reaction/AAAACK things, and you are no exception...

and BTW - those are some really really nice photos - did they mess with your peripheral vision at all btw ? because if they did, this could become a popular procedure...you might have discovered something!

Leenie, I'm so glad you were okay. Sounds like nothing was routine and that is scary. A few weeks ago, after minor dental surgery, my husband was given an antibiotic that he's had throughout the years. For some reason, still unknown, his body decided it wasn't liking this familiar drug and he went into anaphylactic shock. I'm just glad I was home, because he passed out and we nearly lost him when his blood pressure plummeted. I guess we can't take anything (even routine things) for granted! Like you, he woke up wired for sound in intensive care and hadn't a clue how he'd gotten there.

Loved your shots. Cameras make awesome companions, don't they? And smart ones when the battery dies and forces you to go home and relax!

My goodness Leenie!! What a horrible fright you and your family must have had! Hope all is better now and that your battery, unlike your camera's, is up and running well!

Poor you - that all sounds very unpleasant! Love your rainy walk.

i'm glad you're ok! That sounds like a scary experience!!

That was scary..I hope you have fully recovered. That was a lovely walk you took:)

Our rain is gone...love your photos. We have the wind again and 20* plus the wind chill which makes us at 8* It's winter all over again.

I loved your photos...they did look refreshing!

I'm so glad you are doing ever so much better. What a scare!

What on earth!!?? I'm so glad you're okay. How frightening! Do they know why it happened??

Holy crap oops I meant WOW I missed a few blogs and missed this I am so sorry I have no idea how I missed this life gets in the way sometimes. I am so glad you are OK I would have missed your quirky like me self. That must have been scary I swear hospitals are out to make more patients.
I think you little stroll had Wonderful results and I am so glad Feral Woman clued me in.

I am sorry I missed the big body invasion. Seroiously stay away from those hospitals:) HUGS HUGS B