BETWEEN REALITY AND IMAGINATION

It was the sweltering weekend of the Fourth of July.  We were headed west across the , a country that seemed as vast as space and as timeless as infinity.  Our motorcade included a moving van, a pickup named Sledgehammer and a Ford Expedition called The Behemoth. 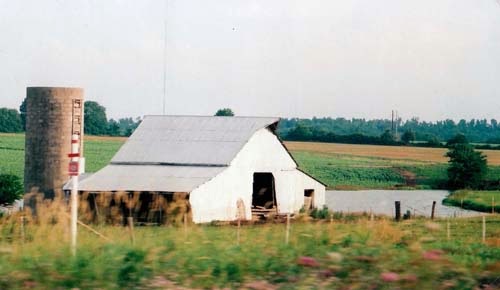 We made it through and were on a route through the land of the different, the bizarre, and the unexplainable:  fields of peanuts, tobacco, soy beans and industrial hemp.

The sign post up ahead read, “” when suddenly black smoke began to roll out from under the U-Haul. 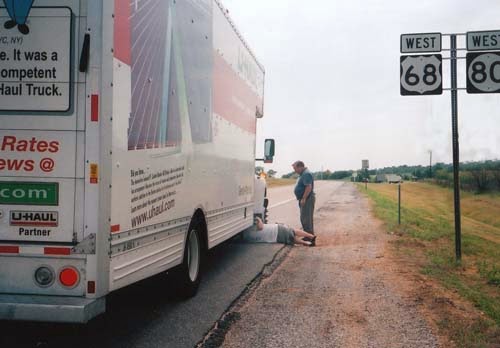 We pulled off at a nearby exit and watched as inky fluid poured out of the truck and onto the concrete highway.

After a phone call or two to the moving company, we were informed a mechanic was on the way.

He arrived after a long delay.  “I had to stop at the Piggly Wiggly for three bags of groceries,” he drawled.  After some poking around, he informed us we had a blown hose.

No crap, Columbo!  Even I could see the remains of the hose and the engine's bodily fluids bleeding out.  He told us he would be back in the morning with parts to repair the damage; got in his van with his wife and his groceries and left.


We found rooms at the Holiday Inn for our group of four adults and four children.

While our son and his wife got the kids settled, DH and I walked across the street and into--what else--Kentucky Fried Chicken.  We felt like we were invisible.  None of the employees even looked up when we walked in.  At last, moving at a lingering pace through a zone of his own, one finally took our order. After we got the chicken dinners and took them back to the motel for the kids, DH and I decided we’d get our own meal at a nearby restaurant:  The Cracker Barrel Country Store. 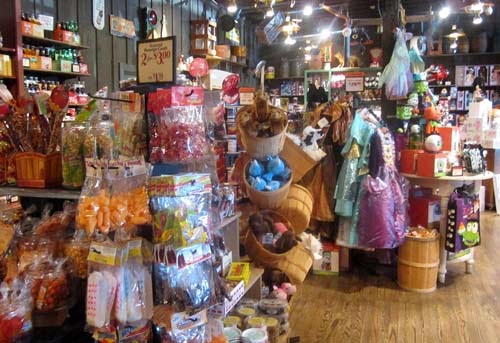 It was a fifth dimension beyond that which is known to man. It was a souvenir store as chaotic as a sideshow and as immeasurable as the universe. It was the middle ground between light and shadow, between imagination and superstition.

A waitress with a perky apron and big, big hair parked us at a table and fed us potatoes and gravy, cold cider and pie.

While we waited for our food we tried to use our cell phones and discovered that, although there were three cell towers within a half mile of our location, we were unable to get service.   We were on the shadowy tip of reality: on a through route to weirdness and the unexplainable.

As we were paying our bill at the register, the cashier smiled, looked us in the eye and said, “Y’all want some fudge,” drawing the last word out into two syllables.  Suddenly we did and ordered a slab. 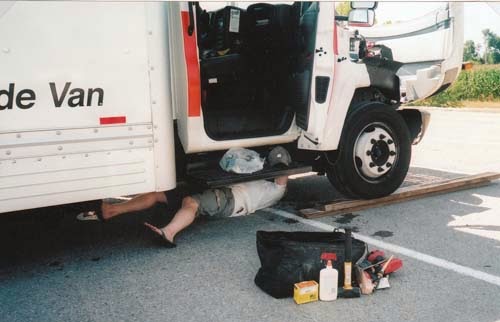 The next morning, using some items found at a plumbing store, our son and DH were able to improvise a repair to the truck and had it running before our redneck mechanic arrived. 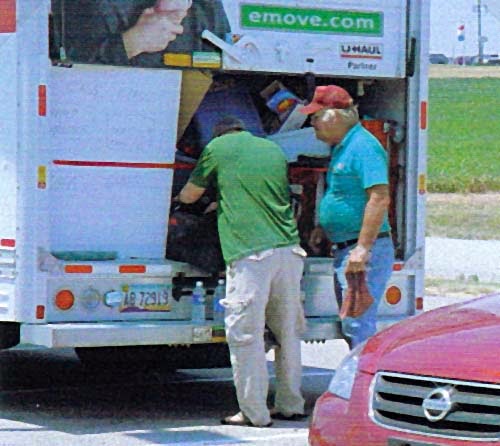 He was impressed with the work and asked if our boy needed a job.  We didn’t tell him our son had an engineering degree and was on his way to a high paying career in . 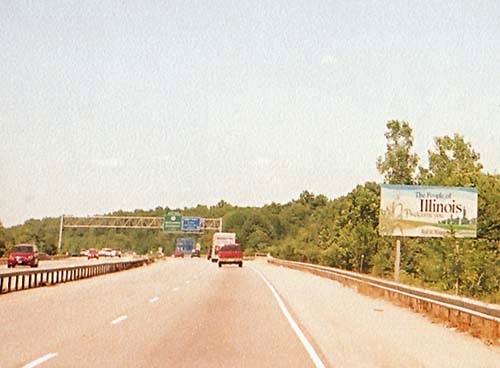 No, we hustled ourselves on down the highway and out of that freaky dimension of imagination, a dimension not only of sight and sound but of mind:  on our journey into a wondrous land whose only boundaries are that of imagination.
Posted by Leenie at 9:12 AM

Glad that there are still some places left in the Twilight Zone! Lovely interlude, good to read about it.

Cracker barrel is indeed from a different dimension. Did you try a rocker?

joeh: I tried them all. Wanted most of them and came this close to taking one to Idaho.

I thought I'd seen all the "Twilight Zones"--I don't remember this episode!!

The "middle" states have a certain je ne said quoi, do they not?

Cracker Barrel!!! I took several teams of 4-Hers to national competition in Louisville, KY. Cracker Barrel was their favorite place to visit. I really wished we had them in California, but then I realized that part of the charm would be lost here. I am always happy to spend some tourist dollars at CB.

I'm sure your kids were disappointed to swim in that pool! The pace of life in different parts of the country is interesting, to say the least.

Ah, yes, memories of a folk always on the verge of fesin' to do it. And, a pot of beans on the back burner, for snackin'.

The South can be VERY southern. Some places just move at the pace of the language spoken there.
Well told story! I could see it, even if there weren't photos. :)

Oh well now I want to go you make it sound incredible I loved the Twilight Zone too:) Great mystery writing:) Hug B

I love adventures like that. They linger and resonate and become so much more as time goes by...