WHERE ARE THEY NOW?

Often I wonder what happens to my paintings after I send them off to customers, especially the ones that feature people. Occasionally I use photos I’ve taken of unsuspecting individuals for reference and then hesitate to put any kind of likeness to a figure without permission.

Such was the case for the baby spontaneously dancing to banjo music at a farmers market in Bellingham, Washington. 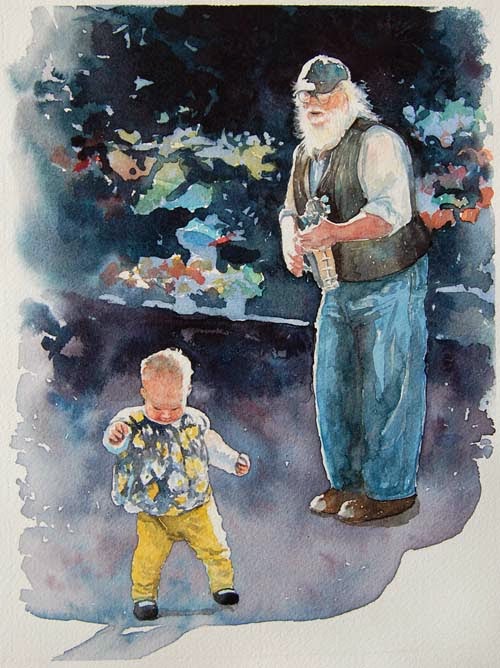 I’m pretty sure the baby’s family would’ve at least liked to have seen this painting but I have no idea how I could find them. This work went to a customer in Kansas. They wrote they just enjoyed the happiness of the moment I captured. 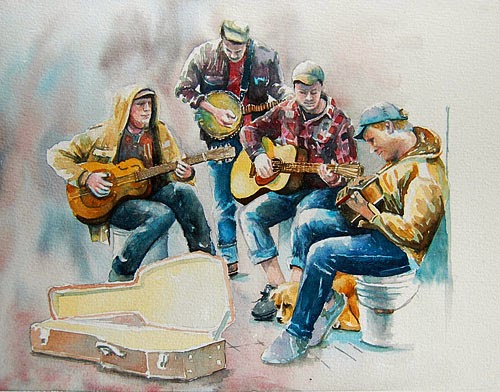 The same goes for this painting of street musicians in Coos Bay, Oregon. It went to buyers in San Antonio, Texas who didn’t indicate they knew any of the performers. 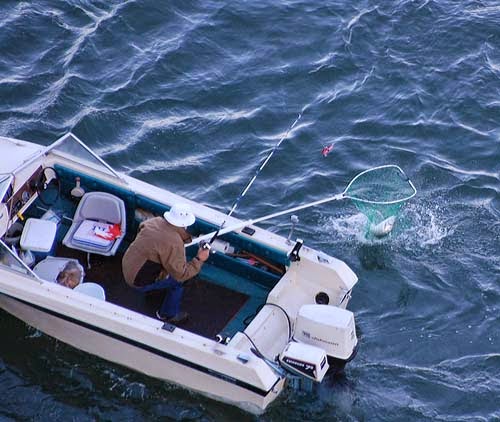 Another picture or two I’d like to match up with the subject is this catching of a big salmon. 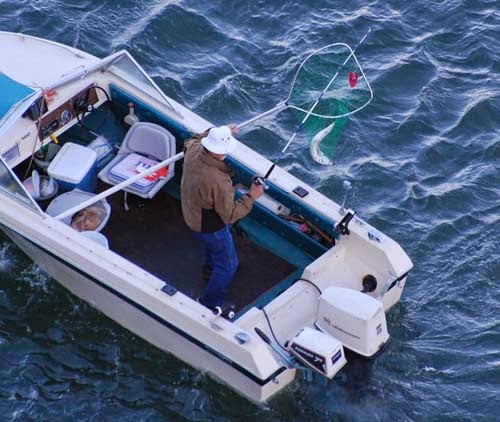 I took these shots with a zoom lens from the Deception Pass Bridge near Seattle in 2012. I’m guessing the fisherman would like to have a record of his catch unless he told his boss he was in bed with the flu that day. 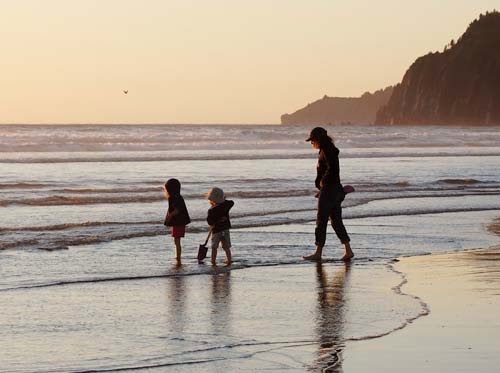 One evening this summer on the Oregon coast I took my camera to the beach. 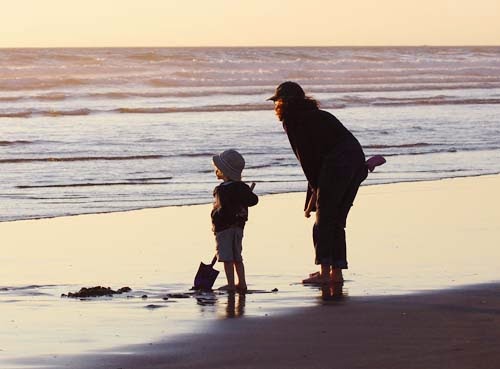 There were a few others there enjoying the end of the day but I was charmed by the lady with the little girl and boy watching the sun set.

I don’t know their story but I couldn’t help but take a few photos which led to this painting: 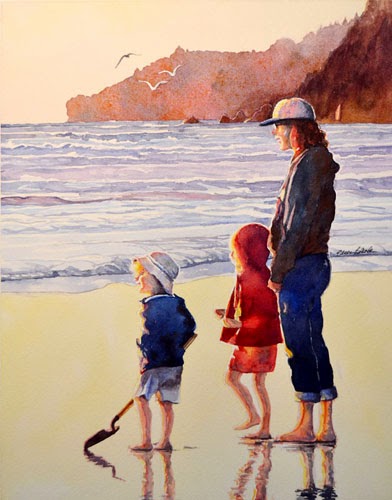 Out of respect I didn’t work too hard on creating a likeness of the children. Although the lady’s friends might be able to identify her. Just a fine way to end an August day on the beach at Manzanita, Oregon.

This painting and others are available for sale at my Etsy Shop.
Posted by Leenie at 12:25 PM

Oh I love your work and yes they would have liked to have owned them but someday the world works in mysterious ways as we know and they just may see them somewhere. Hug B

I can imagine it would be so much fun to match your amazing!!paintings up with the real people! I especially like the one on the beach.
A few years ago,we saw a drawing of our barn and corncrib displayed at a local art show. When we mentioned to the artist that it was our barn, he gave us a matted print. Needless to say, writing love it!

I can only believe every subject here would be thrilled to be the subject of one of your watercolors. I hope you make some connections.

You are so wonderfully talented...I enjoyed seeing these and hearing their stories!

I love how you captured the waves.

How wonderful pictures !!
Especially, "Vacation sea ocean shore souvenir family"
It must be most precious and beautiful moment in our life.

Wat super pictures - and yes it would be fascinating to know all the stories behind them and where they are now.Robert's paintings were all over the place.
We visit some of them - but others are utterly mysterious!

I think of you often, Leenie. The raven I have of yours is just so gorgeous...

You certainly know how to capture those special connecting-as-human moments, Leenie. Not only as a fabulous photographer, but as a talented artist.
I wouldn't be the least bit surprised that the subjects of your art suddenly come upon one of your glorious paintings and is completely honored.

"Side Trips" has been included in our A Sunday Drive for this week. Be assured that we hope this help to point even more new visitors in your direction.

Oh my!! If I were the momma in that last set of photos, I'd surely want a copy. Even better, the painting! I love them and I know she would too. :)