A DISTURBANCE IN THE FARCE

Last week one of DH’s buddies came by to tell us his business had a special deal going and wondered if we were interested in replacing our old furnace.  By the time they got done negotiating, a new furnace was on the way at sale price with the added condition of a trade on the repair of the buddie’s stereo system.  DH would also help install the furnace so the deal was even sweeter. 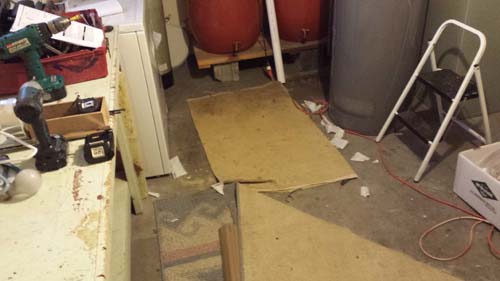 Then all kinds of weird and loud noises began to emanate from that part of the house as Buddy and DH went to work.

By the time they stopped work that evening the job was almost done.   The only minor inconvenience was the electricity going on and off a few times and the gas water heater was temporary off line.

To keep the house warm that night the guys hauled in a couple of loads of wood and fired up our wood stove. 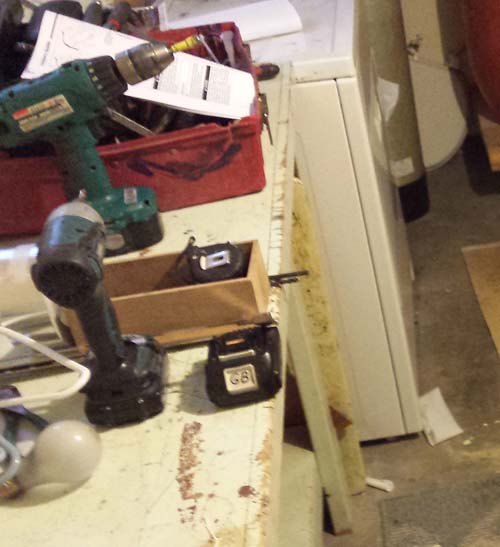 The final details of pipes, wiring and venting were wrapped up before noon the next day.  The fireplace had kept the house so warm they had to open windows to cool the house off enough to find out if the thermostat would trip and kick on our new furnace.

The worst of the debris was removed and the tools were put away by that evening.  DH told me if we’d hired a crew to do the job the price would have been well over a thousand dollars more.

The room was still full of soot and stray fiberglass, so before I did laundry I brought in the vacuum cleaner to finish tidying up.  It had been years since the place had seen more than a hasty wipe-down.  There were saggy gray spider webs hanging in all the corners.  I moved the folding table by the washer and found over a dollar in change lurking under the dust bunnies.  I worked for more than an hour and emptied the vacuum cleaner out twice.  Yet, when it was all done there was little evidence of the labor and commotion of the past few days.

By the way, this followed the replacement of our water heater only a month or so earlier.  DH also purchased and, with Beavis’ help, they installed it and carted the old one away.  I can only guess how much we didn’t pay an appliance repair and installation service for that one.

I don’t remember anyone telling me I should look for a man who could fix things when I chose a husband.  Even if I was told I know I didn’t listen. Still, it is so nice to have a spouse who can use tools, understand mechanical and electronic devices and figure out how to repair the broken and maintain the rest.
Posted by Leenie at 9:13 PM

I will do minor stuff, but I will not touch plumbing or electric...that takes some real know how and screwing up has major consequences. I wish I had that knowledge and skill.

My wife is probably handir than I with fix it stuff which is great!

Sounds like a good deal to me! We're overdue for replacing our 50+ year old boiler. It was converted from coal to oil, way back when, and spells INEFFICIENT very loudly! Maybe we could throw a bull calf in the deal? Hope you'll stay toasty warm with your new furnace!

I'm also lucky that way! It's a true gift to have men like this!

My husband has rewired our whole house!!

You are fortunate indeed...I went from a father who could fix anything to a husband who, if he taps something with
the wrong end of a screwdriver and it isn't fixed, says, "call an expert".

My husband not only fixes things, he comes up with his own techniques. Like giving me an old crutch to prop open the back hatch of my Tahoe while he waited to get one of those hydraulic thingies. Oh, and for 18 years he refused to get a new electric water heater, instead choosing to make the boys help him drag the old one out the basement door, and chip away the white sediement buildup.

Wow - good for him! L'USband is also pretty good with general fix-its, although I doubt that he will tackle a furnace. Not that we have furnaces here ...