Over the years trees have sprouted and grown along the canal across the street. 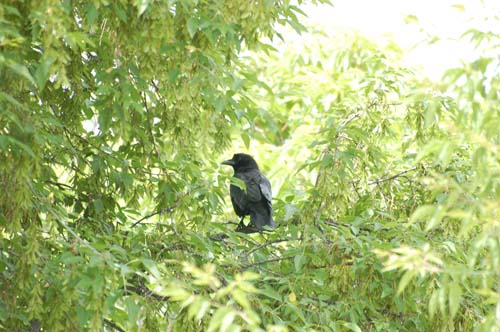 As their branches grew they became homes for birds in the summer. 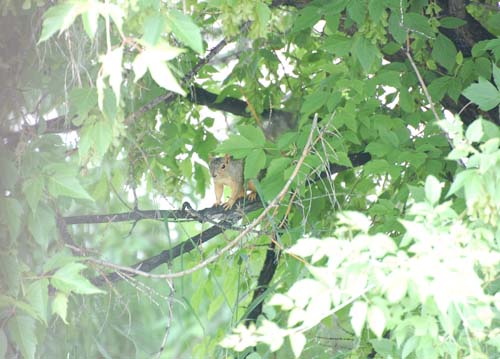 Squirrels scrambled among the leaves and sometimes small dramas played out as we watched from our front porch. 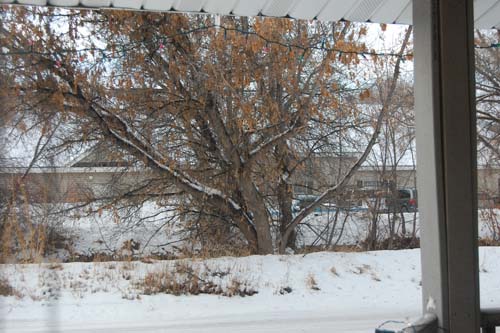 Most of the trees along the canal are box-elders; quick growing scruffy trees which spread lots and lots of seeds in the winter winds…like Truffula seeds. 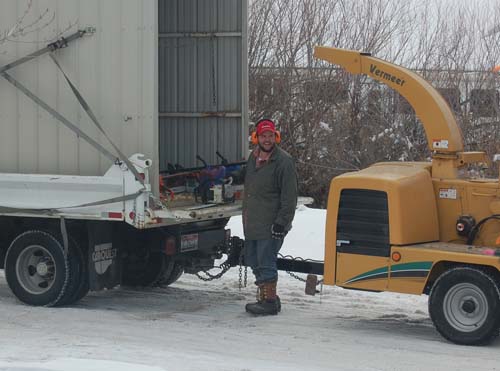 But trees stand in the way of construction, so the other day a guy with a grin brought his yellow wood chipper.  (A wood chipper with the same name as a great Dutch master painter seems so wrong.) 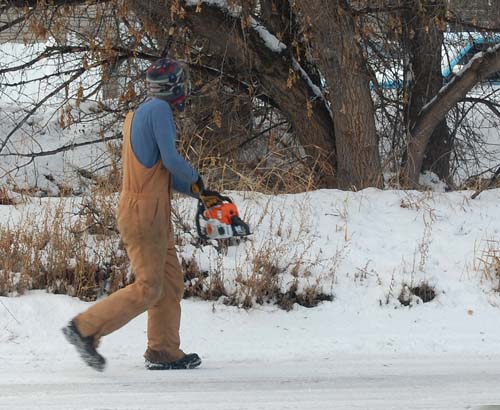 His companion had a super-ax-hacker which roared into life at the tug of a string. 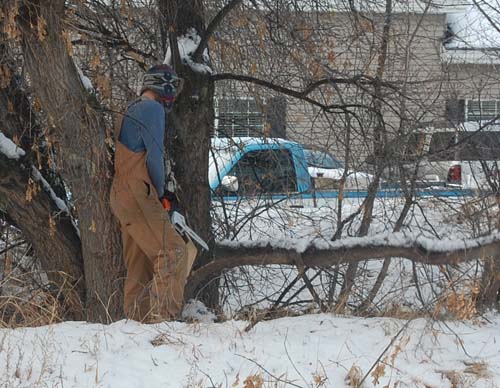 With a growl and snarl he sawed and he whacked.
The machine worked four times as fast as an ax. 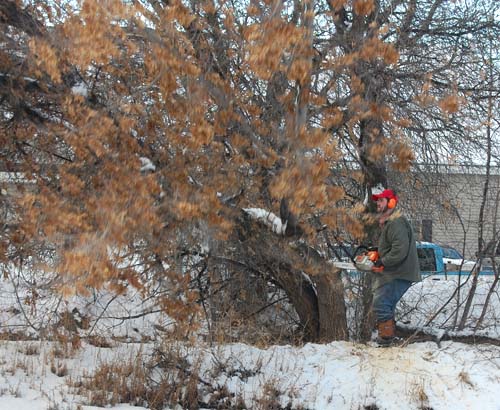 The guy with the grin took down a whole trunk.
It creaked and it groaned and then fell with a thunk. 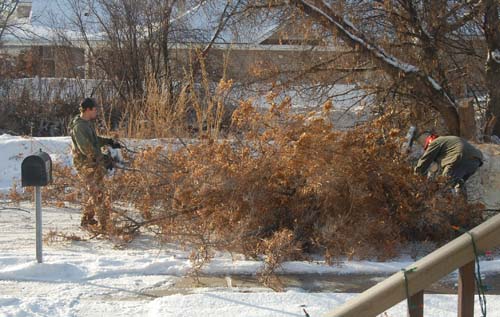 They dragged off the limb to their chipper machine. 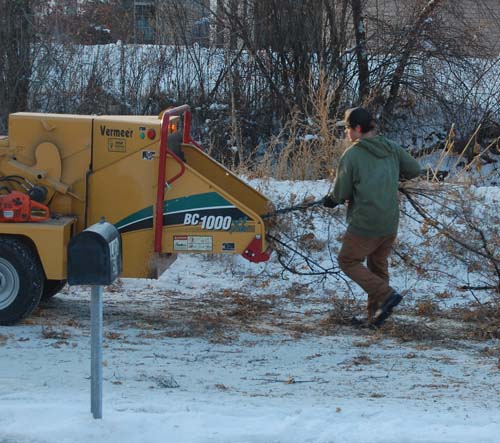 The branches went in with a wail and a scream. 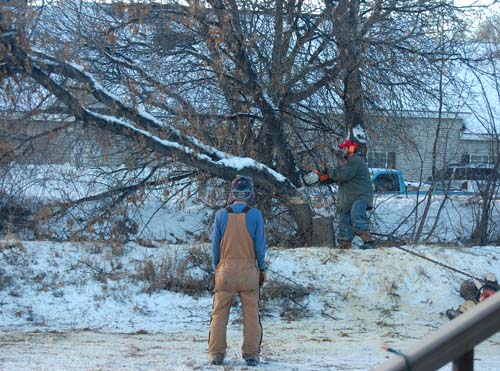 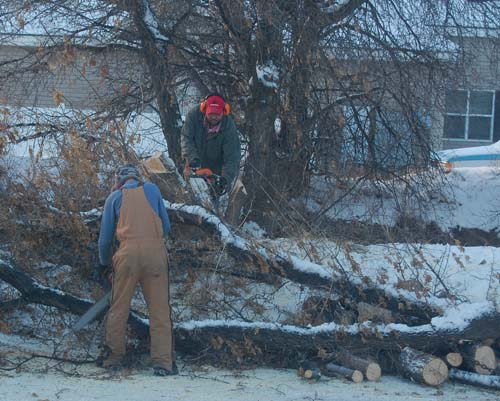 They blocked up the logs as fast as they could. 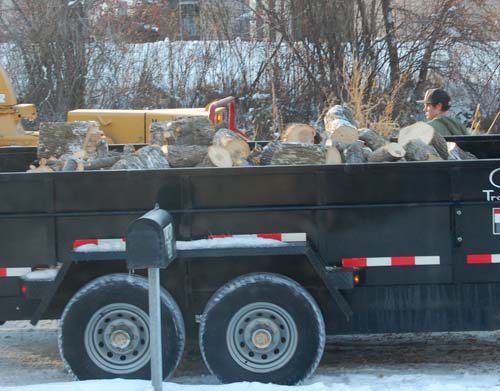 And chucked all the chunks in the wagon for wood. 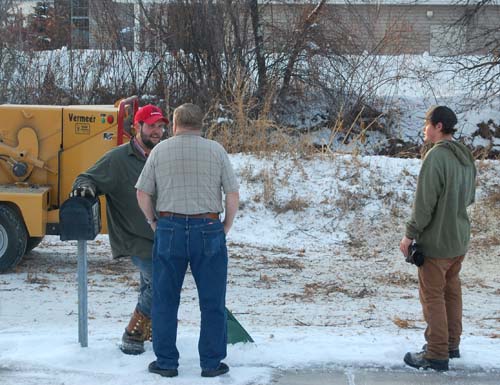 So DH went out to “bring in the mail.”
The guy with the grin explained in detail.
The street was too narrow, the trees in the way.
They all had to go and without delay.
They will bigger the buildings and bigger the road
and bigger a bridge to carry the loads. 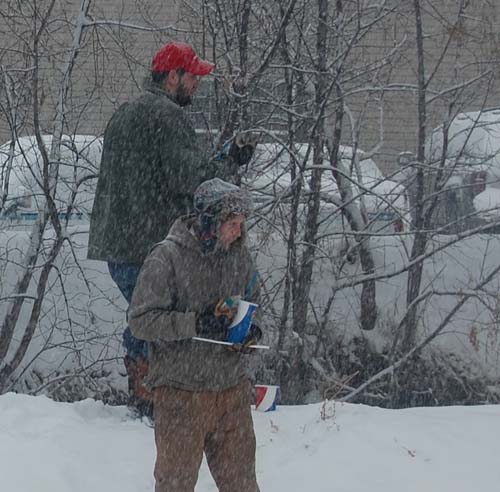 They came back the next day in the sleet and the snow.
The trees would come down.  The trees had to go. 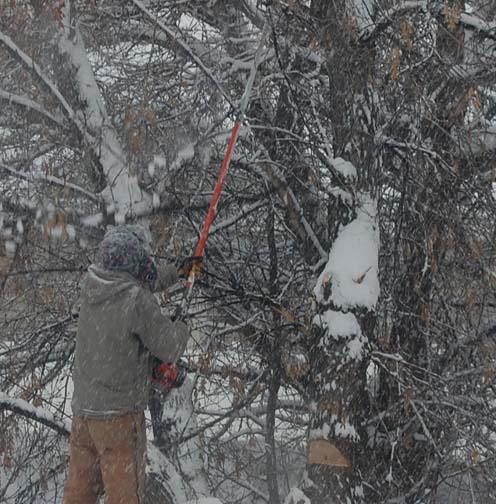 They got a new tool to trim branches quick.
Wonder of wonders, a saw on a stick. 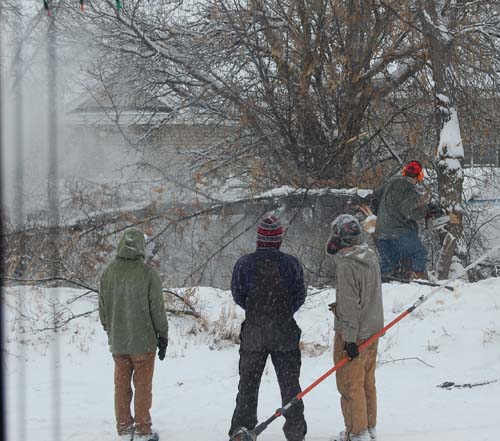 The super-ax growled the super ax hacked.
The last of the trees went down with a smack. 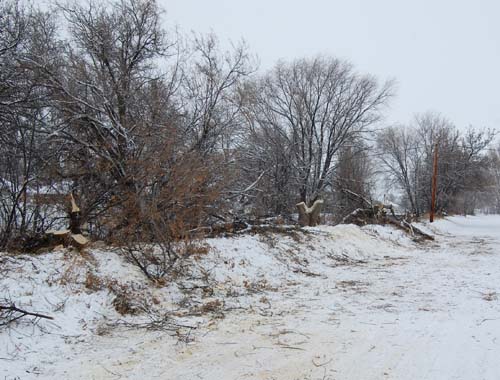 No more trees. No more shrubs.  No more work to be done.
So the guys with the saws said, “Goodbye everyone.”
They gathered their tools and jumped in their trucks.
I was thinking bad words.  Out loud I said, “Yuck!”
(Thanks to Dr. Seuss and the Lorax for inspiration)
Posted by Leenie at 9:35 PM

Sorry about the trees, but loved your Dr. Suessian poetry.

It's too late for their heart to grow two sizes. No roast beast for them!

Something good came out of the devastation - so sorry for your loss...

You're a better woman than me, 'cause I'da used the other word!!!!

Those poor trees
Were on their knees!!
And to think that I saw it in your "Biggering" post!!

That really sucks, Leenie, when our border trees were murdered, my baby jay and Mr. Squirrel left for good. Protection and privacy, gone. I raise my mittened middle finger salute to the murderers, the bigger is better mentality, and the wood chipper, which had it's best use in the movie, Fargo.

On top of it all, you're a fine poet! :) DH looks a little chilly out there next to the man with the grin!

But progress certainly pushes your creativity button on, Leenie!