While sorting out some family history I found this pioneer story of adventure and bravery.  I'm only related to John Franklin Norton by marriage.  His sister, Rebecca Rosetta, married Isaac David Cooper who is the brother to my great grandfather, John Heber Cooper.  Still, I claim John as an ancestor and spent quite a bit of time learning more about his family and my own predecessors who settled the area not far from where we've raised our family in the Upper Snake River Valley of Southeast Idaho.


NORTON’S RACE FOR LAND
Revised from a story by Fannie G. Brunt
“Why don’t you take up a piece of this land, John?” said Rufus Norton to his brother one morning in the spring of 1884.  “This is going to be a great country one day.”
“Not for me,” said John.  “You fellows can stay here and grub sage all you want, but I’m goin’ to Montana to get in the cattle business.  That back-breakin’ toil is not for me.”
John rode off to round up a bunch of horses he was taking to Montana.  He’d stopped to visit his brothers, Rufus and Leander, who had taken up homesteads the year before on Sand Creek.  It was just north and east of Lincoln near what would become Idaho Falls in the Snake River Valley.  As John rode along his eyes roamed over the vast untilled area and he began to catch the vision of what his brother had said.
He found his horses grazing on a beautiful piece of level land where the tall grass had dried and burned the year before, thus clearing away the sage brush.  John made up his mind if this land had not already been filed on, he would get it and this would be his home.  He was soon searching with his brothers for survey stakes when two other fellows came and began to search too.
“Has this land been filed on?” asked one of the strangers.  ”Yes, it has, I filed on it yesterday.” Said John.  The strangers looked surprised and one of them said, “How did you file yesterday?  The land office was closed.”
“No, it wasn’t yesterday, John,” said Rufus with a wink.  “It was the day before.”  John opened his mouth to agree with his brother, when one of the strangers broke in.  “The land office was closed the day before yesterday and the day before that.  It won’t be open for three more days.  That land agent had to go to Malad for a week.”
John knew it was useless to carry the conversation further, so he and his brothers rode off.  As they passed the strangers’ horses John sized them up for speed.  He knew if he were to file on the land he’d have to do some fast riding.


There was just one possibility.  If he could get to the land office in Rexburg and file, he might be able to send his papers to the land agent before the agent left Malad.  However, the Snake River, wild and powerful with spring runoff, was between John Norton and Rexburg.  No bridges had yet been built, and to ford the turbulent water could fill the bravest heart with dread.
The best way to reach Rexburg at that time was to cross the main stream by ferry near Menan, travel several miles around the Buttes and then cross the North Fork of the Snake on another ferry.  Even in normal times the ride would be long and hazardous. 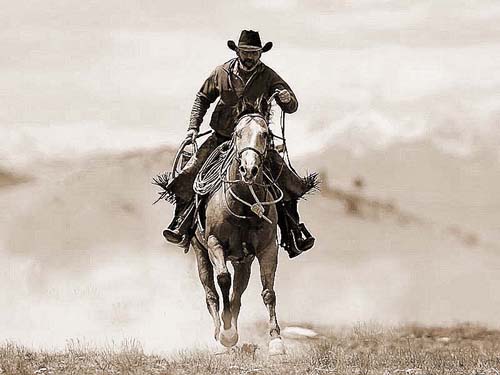 Norton made up his mind he was going to have that land in spite of, “hell and high water.”  He saddled his fastest horse and took off, half expecting to see the other fellows racing for the same point, but he seemed to be the only man on the road.
At last he reached the first ferry, his horse lathering with sweat.  When he asked to be carried across, all he got was a laugh.  The boatman said, “Have you looked at that river?  We don’t run a ferry across the water when it’s like that.”


Norton said, “I’ve got to get across that river.  This is one of the most important things in my life.  I’ll pay you plenty if you’ll take me across.”
The boatman pointed to a cluster of willows in the middle of the torrent.  “See over there?  Well, that’s the other bank of the Snake River when I run this ferry.”
“Take me out to the willows,” said Norton, “and I’ll go the rest of the way.”
After much reasoning and dickering the ferryman decided to take the risk.  The old boat swung out into muddy, boiling water and eased along bearing the two men and the horse.
At last they came to the willows.  “When I get back from Rexburg will you come out here and get me?” asked Norton.  “Yes,” said the boatman, “if you ever come back.  Because if you try swimming out to here you’ll be committing suicide.”
Norton mounted his horse.  She was afraid and refused to jump off the boat.  So he gave her the spurs and she leaped into the river.  Both horse and rider went completely out of sight but they soon came up together.  The horse struggled against the undercurrents but Norton kept his head and urged her on.  About fifty yards down the stream, she touched bottom and out they came.  Norton waved to the boatman and rode for the land office, confident the other men could never beat him now.
He crossed the second ferry with less danger, found the land agent in his office in Rexburg, took care of business, got his papers and started back.  He was hungry and he knew his horse should have food and water but the day was almost over.  He had a long ride to get the papers to Market Lake where he could sent them off on the midnight train which ran daily between Salt Lake City, Utah and Butte, Montana.  After that he could take his time getting back to his brothers’ homestead. 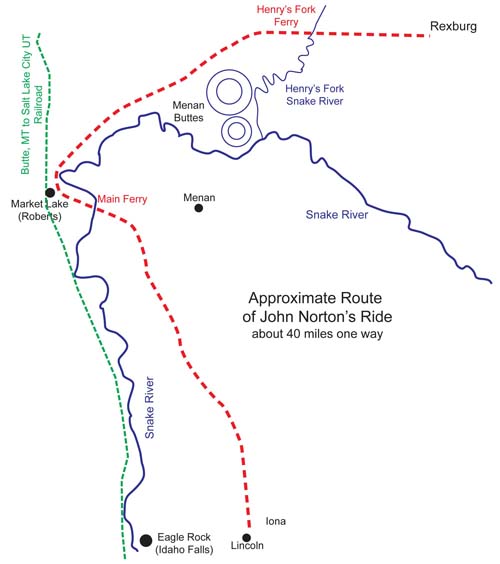 Everything went as planned.  He rode to Market Lake where he mailed his papers.  It was dusk by the time he returned to the ferry.  The boatman had been watching for him and, true to promise, started out to meet him.  Norton fixed his saddle cinch so he could release it quickly when he reached the boat.  That way he could save his saddle.  He was pretty sure he would lose his horse.
Norton pressed his pony forward. She plunged into the river and swam bravely out meet the ferry at the willows.  Norton dismounted and scrambled aboard with his saddle.  The horse tried desperately to climb to safety as well, but as the boat started moving back she stopped struggling.  Norton turned his head away so he wouldn’t have to watch his faithful friend disappear into the merciless torrent.  When he was sure she was gone he turned to see her with her head up, swimming behind with all her might.   She was able to follow until the boat reached the shore.  There she made one last effort and lunged to the bank.
John Norton was a rough man and not easily given to emotion, but he was not ashamed of the tears he shed as he embraced his faithful mare on the banks of the Snake River that that night.  He tried to make her understand how proud he was of her and her strength and courage.
They won a place in the ferryman’s heart.  He made sure they both had food.  After they’d eaten, Norton rolled up in a blanket and laid down close to his horse to rest for the night.  He was still awake at midnight when he heard the narrow gauge train whistle out of Market Lake.  He then closed his eyes and went to sleep, confident he had won.


The other men later confessed they had met the train the day the land agent returned and found, to their disappointment, that they were too late.  John Norton lived in the valley to tell the story for seventy years after. 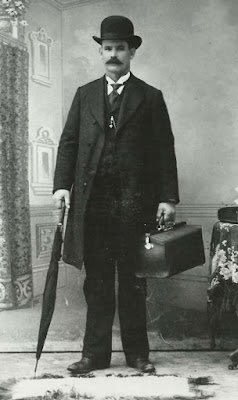 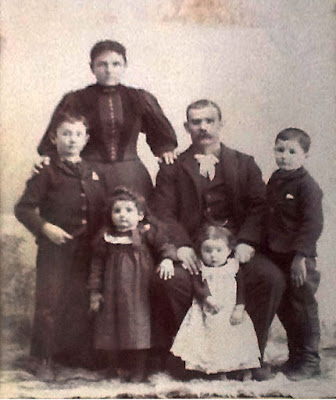 What a great story - and I am very glad the horse survived!

Wonderful! The stuff movies are made of.

Wonderful story--& to think it's true makes it even better!!

Dang John- that's quite a horse. And I can totally understand the devotion you gave to the land. It is worth dying for.

Thank you Leenie for sharing this story of your ancestor. Those kinds of stories are never made up...xoxo

This was extremely interesting. Like the others, I'm very glad the horse made it!

What fortitude!!
Inspiring story, and one that reminds me of the determination, fortitude, faith, and courage so many of our ancestors had!
We would be better off if we all adopted just a smidgen of their character!
Seems that things come too easy for us these days, and we take things for granted.
Thanks for sharing this and inspiring me :)

Wow, what a story of grit and determination and bravery. I was almost in tears when I read about his horse, and I'm so glad she made it!