I’m working on a goal of ten thousand steps a day which is a big challenge where deep snow is the norm in January.  Not the best time to resolve to take long morning walks. 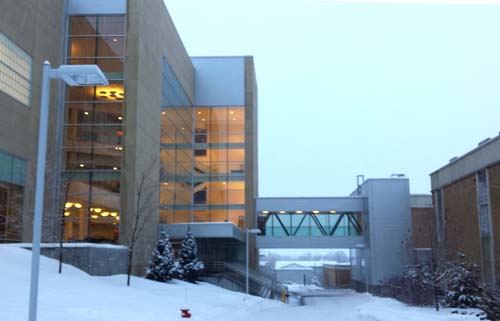 Monday I tramped around the cleared sidewalks on campus.  It was a holiday so I pretty much had the place to myself. 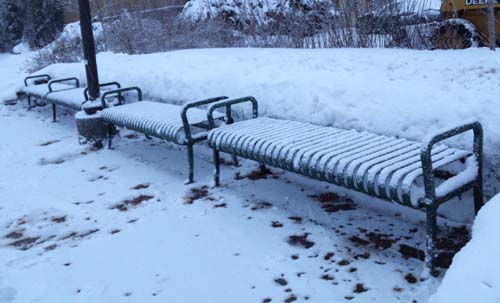 Nobody to do any bench warming at the bus stop. 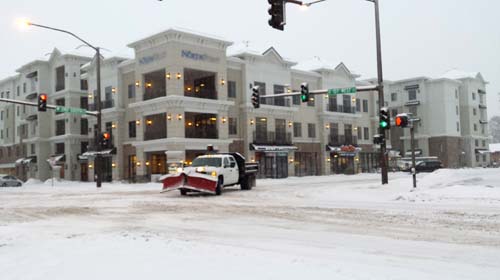 At this time of day the crosswalks on First West and Second South across from the football field are usually packed with kids hurrying to class.  But only a pickup truck on its way to clear parking lots was there. 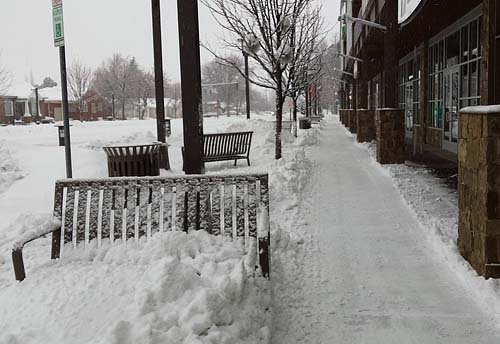 Another bench not looking too welcoming in front of Hemming Village on the way to Porter Park. 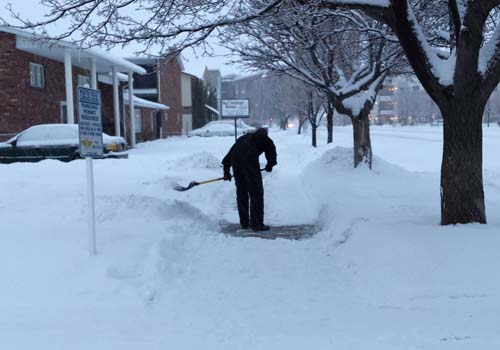 Shoveling is just the way it is here in the middle of winter. 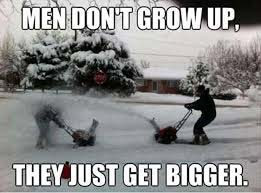 At home DH was clearing our driveway with his snow thrower.  He upgraded last year to one much bigger and more powerful.  His can shoot snow over the fence and into the yard.  Not to be outdone, one neighbor guy put a blade on the front his atv and looked like he’d won the arms race until the guy down the street got a two-seater atv with an even bigger plow on front.  DH stands at window and watches with envy as he clears the whole street at his end of the block. 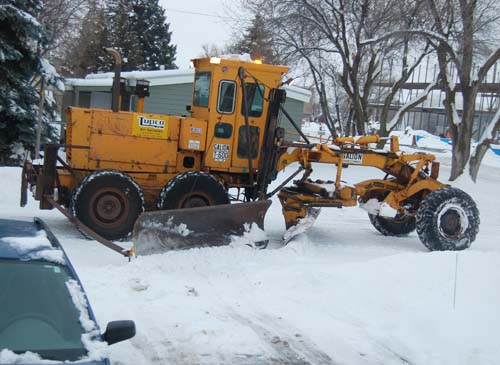 Of course none of them can rival the big blade which pushes ALL the snow from the street across the end of our cleared driveways.  It’s a love-hate relationship. 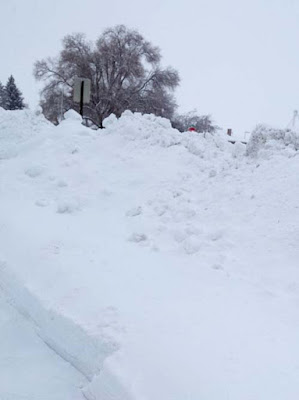 By the next day the big plows had done their work.  I was trying to take a photo here of the stop sign while including the knee-deep trench cleared for walking.  A city ordinance states property owners must keep their sidewalks clear but not everyone conforms and enforcing the rule isn’t a priority. 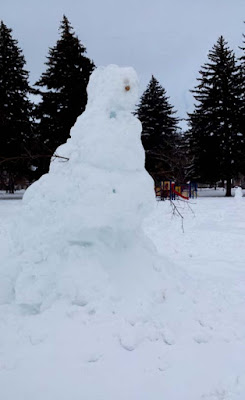 There were snowmen everywhere.  The best ones were around campus where creative minds had been at play during the day free of classes.  This one is probably over eight feet tall. 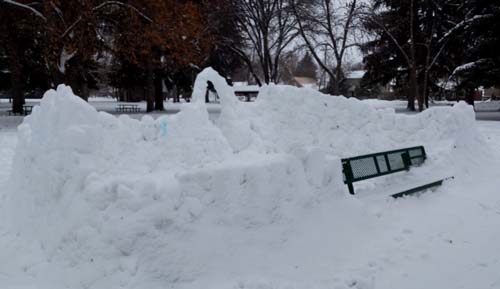 Another bench incorporated into a combination snow fort--ice castle. 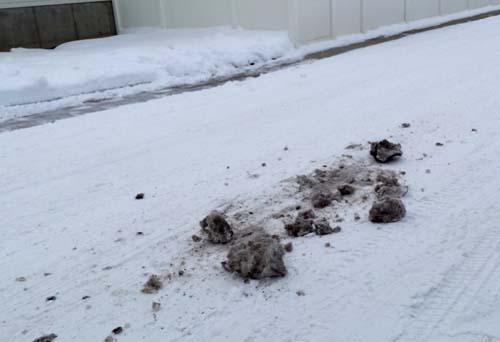 Snow and gravel collects in the wheel-wells of automobiles and hangs there for miles.  When it finally falls off we call them yeti turds. 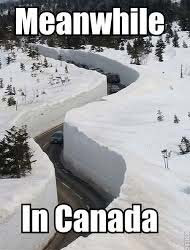 Actually not Canada but Hokkaido, Japan

Does your Canada picture mean things can always be worse?

That is so alien to me!!! I PAID to go and see snow once!

Please tell me the Canada pic is fake.

WHOA that is some snow! IT is very photogenic and you have captured it being beautiful-ish except for the turd part. We had one flake of snow this year! Just heavy frost. I appreciate that you go out when everyone else is settled in with their coca...I admire your spirit!

joeh: the "Canada" pic probably is fake. I'm pretty sure this is a photo of the 20 meter snow drifts in Hokkaido, Japan. https://www.youtube.com/watch?v=NxV2cyqLCVQ

Well, we got an inch of snow, and it got us three days out of school. Let the record show that it was a very slippery inch.

We woke up to our first snow this morning here in North Carolina. I try to walk 9k steps a day. My husband does more. I actually walked 7k in circles around my living room this morning not to have to go out in the cold. True story.
Lisa

It's nice that you have the campus to walk around on.
Your yeti turds cracked me up.. I've never heard them called that before :)

Hang in there.
Spring is on it's way... I'm sure of it.
And, if I step on my left tippy toes, and quint with my right eye, I'm pretty sure that I can see some leaf buds swelling on the trees... ***giggle**.

Have a sweet weekend.
~K.

WHEW! I'm glad we don't have snow like they do in Japan. I'm tired of what we do have. And I'm also tired of the mud...mud, mud everywhere!