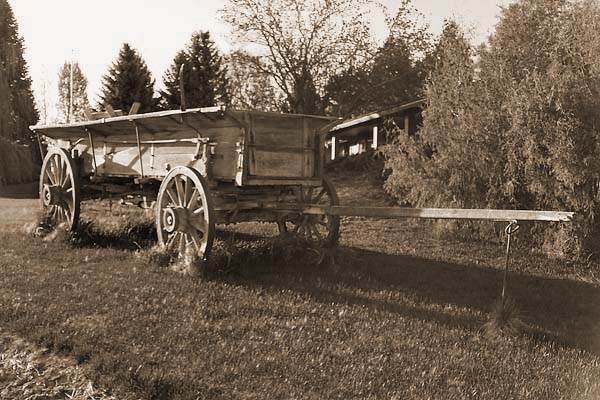 I took this photo in the back yard of a neighbor.  I’m not positive, but I think it's an old freight wagon.  Those who drove these wagons and handled the horses were called, “teamsters.” 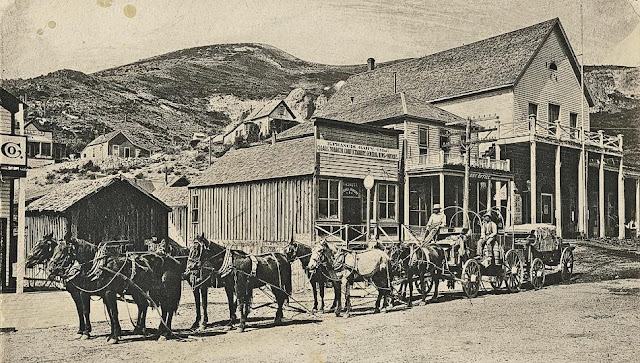 This is a freight wagon hitched to a team ready to haul goods from Silver City, Idaho during the mining boom of the 1880’s. 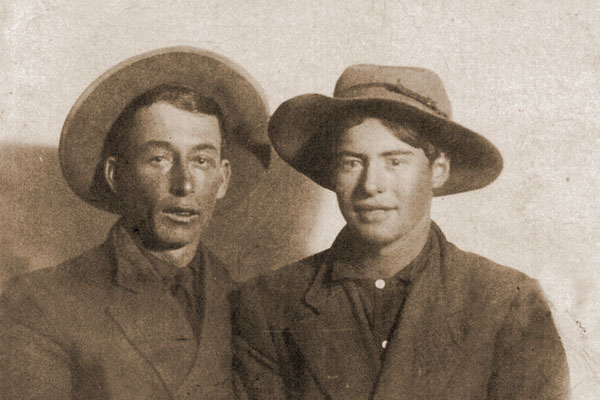 This is a photo of my grandfather, Jack Cooper, (on the left) and his future brother-in-law, Loal Hendricks.  They drove teams of six big horses which pulled the heavy wagons over the dirt roads for miles.  One job had them bringing freight to Twin Falls, Idaho from Shoshone where trains on the Union Pacific Railroad made a stop.

Jack, Loal, and Loal’s brother Ace, drove wagons which were loaded at the train station in Shoshone, Idaho.  They traveled the twenty-seven miles south to Twin Falls which is built on the edge of the vertical canyon of the Snake River. 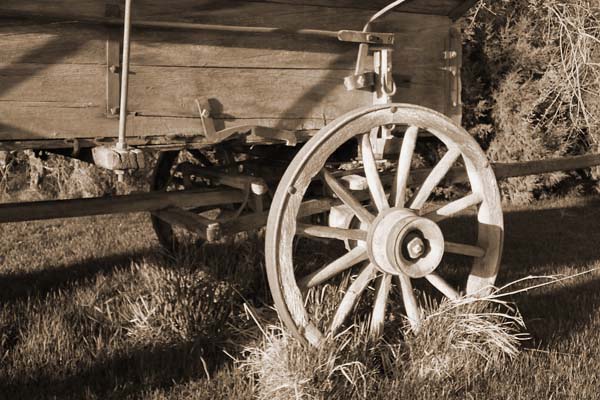 The only way to cross the river at that time was by a single-lane track that switch-backed down the side of the canyon wall.  The road then crossed the canyon floor to a ferry waiting on the river.  When the teamsters and their wagons reached the bottom of the canyon they would race to see who could get to the ferry for the first ride across.  Once across the river they drove their wagons up a narrow dug-way that was built into the lava rock walls of the canyon’s south side.  At one point the road passed under the waterfall of the Perrine Coolie that dropped over the rim.

It took them all day to go from Shoshone to the south side of the Snake River Canyon.  They usually camped that night and drove the last few miles into Twin Falls the next day.

I've been enjoying your 30 day posts. Love these old photos and stories that go with too. I need to go through a box of old photos from around here before anyone that knows the names passes on.

Tough and I imagine dangerous job.

I'm pretty sure that ain't no shaggin' wagon...